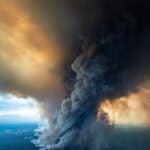 Educator and novelist Neal Hovelmeier’s life changed forever in 2018. The longtime deputy head of school at St. John’s College, a boys’ academy in Borrowdale, a suburb of Zimbabwe’s capital, Harare, was at his desk on a September afternoon when the email arrived. It was a short, direct note from a journalist at a local paper who was writing an article about him that would run the following day. “Do you wish to comment?” the reporter asked.

“I was about to be outed in a country that hates homosexuals,” said Hovelmeier, the Robert G. James Fellow at the Radcliffe Institute for Advanced Study and a Harvard Scholar at Risk. “I knew immediately that this was that awful moment of reckoning and that what had been an intensely personal life for me was going to be made into a public debacle.”

Being gay isn’t illegal in Zimbabwe, but according to the country’s Criminal Law Act, consensual physical conduct between men is punishable with a fine, or up to one year in prison, or both. In addition, the nation’s new constitution, approved by parliament in 2013 and signed into law by longtime authoritarian leader Robert Mugabe, bans gay marriage. Mugabe, who was deposed in 2017, once described gay people as being “worse than pigs and dogs.” Discussing the current political climate, Hovelmeier said he is cautiously optimistic that Zimbabwe’s new president, Emmerson Mnangagwa, who has been “far more circumspect on issues of LBGTQ rights” and who hasn’t politicized homophobia like his predecessor, may be signaling a new direction. Still, the English literature teacher knows his future in the country he loves is far from certain.

It happened fast. After meeting that September day with the head of school and faculty members, and consulting with a lawyer, Hovelmeier was advised to tell the student body he was gay at a general assembly the next morning. School officials planned to simultaneously notify parents by email. At first, the reaction was overwhelmingly positive, Hovelmeier recalled. Many students stood and cheered as he spoke; others approached him afterward with words of support. For a moment he thought he’d worried for nothing and that his bold move had struck a blow against intolerance. He even hoped he might have inspired others to feel safe and included in their school environment.

Soon “a small but vocal group of parents,” he said, began demanding his dismissal. Hate messages and death threats poured in after his phone number and address were leaked to the press. Facing increasing pressure to step down, and fearing for his safety, Hovelmeier reluctantly resigned. But the pain and the anguish lingered.

“I lost 40 pounds. I couldn’t sleep. I couldn’t eat. My teeth hurt from grinding them. I was suffering from post-traumatic stress disorder and severe depression,” he said. “I was trying to gather the strength to convey this sense of normality, but privately I was completely shattered.”

The love and support of family and friends, and a longtime Harvard initiative offered him support and hope. At the urging of a fellow writer Hovelmeier applied to the University’s Scholars at Risk Program. “And to my absolute surprise and wonder,” he recalled “I received an email saying that I was being offered a fellowship here at Radcliffe.”

“I need to fight for the right as a Zimbabwean citizen to get to work and contribute to the country in which I was born. I believe I am a good and principled educator, and my intention has always been to go back and argue for the right to use these abilities once again.”

A Radcliffe fellow, Hovelmeier is also supported by the Scholars at Risk Program, which is part of an international network of institutions and individuals devoted to protecting scholars and promoting academic freedom.

“That immediately gave me some sort of purpose, something to look forward to — the thought of being able to gather my thoughts and spend some time in what I knew would be a tonic to what had gone on,” said Hovelmeier.

Hovelmeier has spent the first months of his fellowship scouring Harvard’s libraries, part of a personal and professional quest to better understand homophobia in Africa. He hopes his research will inform both a script he is crafting for a play commissioned by the Fugard Theatre in Cape Town, South Africa, and a new curriculum promoting tolerance that can be implemented in Zimbabwe’s schools.

“This work is both for my own knowledge and understanding of why Africa hasn’t been able to progress past this issue,” he said. “But it’s also helping me formulate a framework using the solid background of Harvard’s resources to argue for a change in approach, particularly in Zimbabwe.

“I am not going to go into schools and say ‘Every student should accept homosexuality,’” he said. “What is more important is to say that ‘regardless of people’s differences and views and opinions we should be engendering a culture that is at least tolerant of other people’s ways of life.’ And I think that starts with school authorities, making sure that their curriculums and ideologies are always conscious of the passive intolerance that features into much of society.”

The potential benefits, he argues, are wide-ranging. “We need to remember there is a more universal social agenda beyond Zimbabwe’s borders, and that if we are really going to produce citizens who are global, who can fit in with the world’s changing perspectives, especially if we want those students to come back to the country in future and add to its progression and its prosperity, we need to change,” he said.

Despite his experience and his desire to help change the narrative around homosexuality in his homeland, Hovelmeier doesn’t see himself as a gay activist, and he has no desire to assume such a role. In fact, if he could, he said he would simply turn back time. “I wish this whole thing had never happened and that I could be back just doing what I used to do very well in my own country, believing in a purpose that I felt was genuine.” 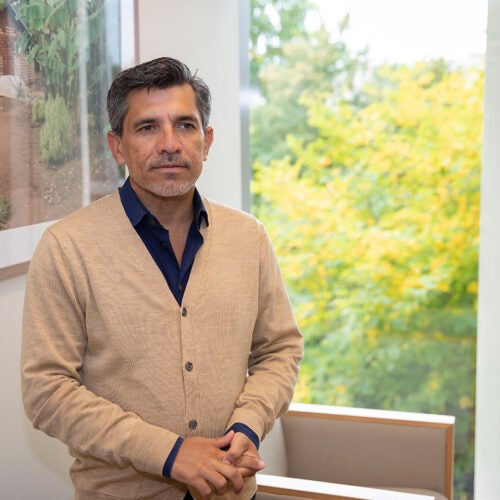 But he knows he can’t change the past; he knows other young people are similarly “trapped in that homophobic environment”; and he knows that if he can prevent what happened to him from happening to anyone else, he has to try. One way forward, he said, is to return to the job he loves in the country he calls home.

“Just to be in the classroom teaching English with the knowledge of who I am, that itself is sufficient enough to actually send a message that the right way forward has been taken,” he said. “And I just feel, in principle, I need to fight for the right as a Zimbabwean citizen to get to work and contribute to the country in which I was born. I believe I am a good and principled educator, and my intention has always been to go back and argue for the right to use these abilities once again.”