A shot at the Super Bowl 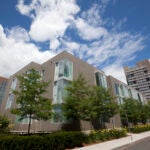 “He had a very low-key, sort of grit factor to him that was just palpable,” said Murphy, the Thompson Stephenson Family Head Coach for Harvard Football.

In his 27 years at the helm of the program and as its winningest coach, Murphy has developed a keen eye for talent, dedication, and drive. He knew right away that Juszczyk ’13, a high school standout who’d won the deep respect of his coaches, had it all. “You could just tell that this kid was going to give you everything he possibly could. And that’s exactly who Kyle is, and that’s the way you can get from Harvard to the Super Bowl.”

On Sunday, Juszczyk (pronounced YOUS-check) will complete that journey, taking the field for the San Francisco 49ers, who will play the Kansas City Chiefs in Super Bowl LIV. It’s the day the 28-year-old has dreamed about since he was a kid in Ohio, but one he kept private for years.

“Honestly, [I thought] I was probably going to get laughed at,” he said.

Juszczyk, an economics concentrator and former resident of Pforzheimer House, views his time at Harvard as formative. He singles out one skill he picked up in College as having proved particularly and surprisingly valuable in the NFL: time management.

“You had to be extremely efficient with your time because of the level of academics and the level of athletics,” said Juszczyk on a recent phone call from California, the afternoon before he was to fly to Florida for a hectic week of practice and media requests leading up to the game at Miami’s Hard Rock Stadium. “Coach Murphy would always say, ‘There are three things you can do in the day. There’s school, socializing, and football, and each day you can only pick two. You don’t have time for all three.’ He was right. You had to prioritize your time. That is something that I have carried over into the NFL, just being very efficient with my time and making sure that I always have time allotted for taking care of my body or watching tape, so when it comes time to being on the field none of that kind of stuff creeps up on me.”

At Harvard, as in high school, Juszczyk was a versatile presence on the gridiron. During his four years with the Crimson, he played tight end and H-back, a sort of tight end/fullback hybrid who can block, carry, or catch the ball. And he caught the ball a lot, ending his College career as Harvard’s all-time leader among tight ends in receptions (125, sixth all-time), receiving yards (1,576, seventh all-time), and touchdown receptions (22, third all-time).

Murphy said Juszczyk, who had the “flexibility and athleticism to play multiple positions” and could also have been an “outstanding linebacker,” had phenomenal hands. “We used to kid him that he could catch BBs at midnight.”

That flexibility has served the 6-foot-1-inch, 236-pound Juszcyk well in his pro career, where he continues to fill a variety of different roles. He is listed as a fullback on the 49ers’ roster but, as in the past, he also lines up at running back, slot, wide receiver, and tight end. His versatility is an effective weapon that keeps other teams guessing. “Having a guy like that makes it difficult on defenses and makes us tough to defend,” 49ers quarterback Jimmy Garoppolo told a reporter during a recent interview.

Juszczyk credits Murphy, who ran the tight ends and H-backs as well as being head coach, for his range on the field and his understanding of the game.

“I learned the offense as a whole, and I think that was extremely valuable for me because in College he put me all over the place, and I wasn’t pigeonholed to knowing just one spot … that really carried over to the NFL, where I am asked to do the same thing. And because I have always had that approach of learning the offense as a whole and not just from one perspective, it’s given me the ability to get on the field more in different spots.”

“You could just tell that this kid was going to give you everything he possibly could. And that’s exactly who Kyle is, and that’s the way you can get from Harvard to the Super Bowl.”
— Tim Murphy, Thompson Stephenson Family Head Coach for Harvard Football

Juszczyk still loves variety and will play wherever he is asked to, but if he had to choose, he’d be in the slot. “It’s what I did the most at Harvard,” he said. “And then any time I get a chance to in the NFL, it’s kind of my time to show off my athleticism a little bit … it’s not typical for a fullback to be used in that space and that’s when I like to show off my ability.”

The numbers attest to his skills. During his career in the pros, Juszczyk has caught 180 passes for a total of 1,647 yards.

A validation of that talent is something else Harvard gave him, said Juszczyk.

Playing professional football was a lifelong dream for the kid from a state where the sport looms large, but before arriving at Harvard, he’d never really admitted it to anyone. Lacking what he called the “big-time high-school pedigree” or a spot on regular national-title collegiate contender, Juszczyk kept his NFL hopes to himself.

Privately, his dream burned. On his dorm room wall in Pforzheimer he posted a sheet with the annual rookie salaries for the league. He remembers how excited he was to learn pro teams carried practice squads filled with players who scrimmaged against the starters but weren’t part of the main roster.

“At the time I was like, ‘Man, if I could just make the practice squad, a couple thousand dollars a week, that would be amazing,’” he said. “I thought I was going to have to sneak into the league as an undrafted guy and kind of prove myself.”

He proved himself at Harvard and to Murphy, who sat him down midway through his College career and told him that if he continued to progress he had a real shot at the NFL.

“I think it was hearing those words from him and getting that outside confirmation that really sparked me and kind of took it to the next level for me,” said Juszczyk. “It wasn’t just myself telling me that I could do it. Now I had an outside believer and someone I had so much tremendous respect for and someone who is such a great evaluator of talent and who coached other NFL players before. To hear him say that was worth so much to me. It really helped to drive me to continue to work and to get better so that I could get drafted.”

In 2013, the Baltimore Ravens chose Juszczyk in the fourth round of the draft. The following year he was their starting fullback. In March of 2017, Juszczyk signed the largest contract for a fullback in NFL history, inking a four-year deal with San Francisco worth $21 million.

The club has been in a transitional phase for the past few years, said Juszczyk, rebuilding the franchise with new players, a new head coach, and new general manager. Along the way there have been a few speedbumps, including losing seasons and injuries. “But we always felt like there was tremendous potential there, and things were always so positive in the building regardless of our record,” said Juszczyk. “We knew things were really close to turning around.”

Now, the team is one win away from the sport’s biggest prize.

Murphy has watched 34 of his former Harvard players sign NFL contracts (at the start of the season, eight Harvard alumni were playing in the pro league, including five former tight ends). He said that Juszczyk and the other players who have gone on to play professionally shared a trait: “this incredible desire to reach [their] full potential.”

Harvard’s longtime football coach is expecting to see that potential realized on Sunday, when he will be rooting for the Golden State team and his former player. 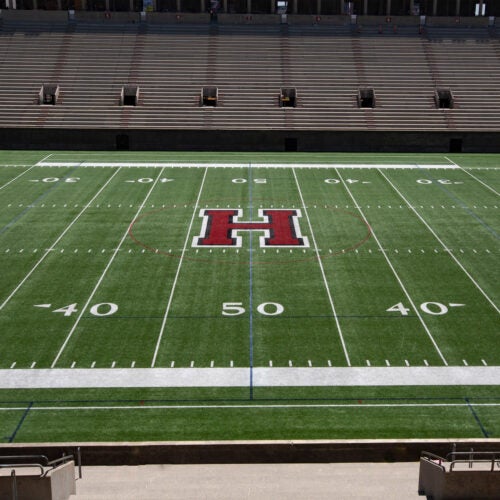 Its early history entwines with that of the game itself, and through its ups and downs two things remained constant: Homework came due and no more games after The Game 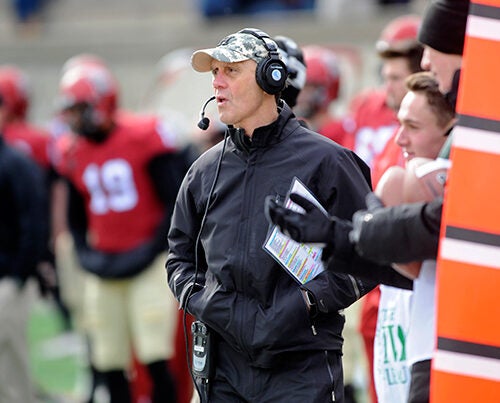