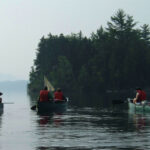 Football fans see the hard hits every weekend in the fall. But that’s just during the games. What about all the blocks and tackles in practice, all week long, all season long? Those countless collisions, and the repeated concussions that can result, could add up to a lot of head trauma.

In recent years, neuroscientists have found chronic traumatic encephalopathy and other persistent, debilitating brain injuries in former players. In response, Crimson football coach Tim Murphy and his fellow Ivy League head coaches voted last week to eliminate full-contact practices. The coaches’ proposal — reached unanimously at their annual off-season meeting in New York — is expected to pass muster with their universities’ athletic directors and presidents, and will likely become official policy as early as the fall season.

The Ivy coaches’ decision is now resonating across the world of sport. USA Today called it a “seismic shift” in football’s effort to combat brain injury. Murphy’s phone has been ringing off the hook since the coaches’ vote was reported on Tuesday.

If the move does prove to be a game-changer, perhaps it’s fitting that the groundswell would begin with Harvard and its peers. The Ivy schools pioneered a brutal brand of American football in the 19th century, and then came together at the beginning of the 20th to change the rules, making it less bloody and ultimately improving the game, with the help of U.S. President Theodore Roosevelt, Class of 1880.

Murphy did his part to kick off changes at the dawn of the 21st century: He banished scrimmages and full-contact practices from the regular season in 2001, replacing player-to-player hits with tackling dummies and other drills, even having players practice without pads — which, counterintuitively, may reduce risk, research has shown. Rather than pose a disadvantage, he says the policy has made his players healthier and more competitive. The Crimson boasts the second-highest winning percentage of all Division I football programs over the past 15 years. Harvard has won eight Ivy championships in that time, sharing the title last season with Dartmouth (which did away with even preseason full-contact practices in 2010).

In 2012, the National Football League (NFL) forbade teams from holding more than 14 full-contact practices during the regular season.

During a hectic day in his Allston office, Murphy shared some thoughts on the issue with the Gazette.

GAZETTE: Why have the Ivy League coaches decided to scrap full-contact practices from the regular season?

MURPHY: I believe coaches at all levels are serious about mitigating any safety issues, and this was an obvious and positive step in that direction.

GAZETTE: How did you reach this conclusion personally?

MURPHY: I have felt for some time that it was the right thing to do, but it all came together as a group last week.

GAZETTE: Do you expect other programs to follow the Ivies’ lead?

MURPHY: There are many coaches and programs out there who feel as I do. So, yes, I believe it is only a matter of time before the Ivy plan is adopted by all NCAA schools. 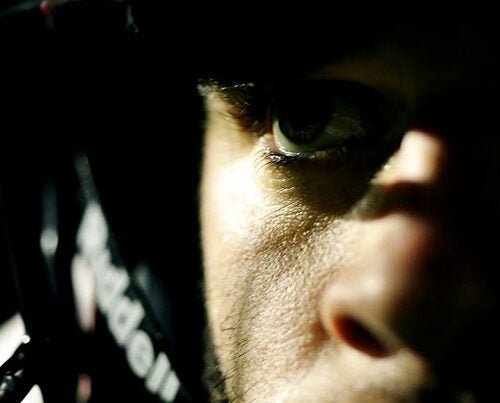 GAZETTE: Do you expect more resistance from some conferences than others?

MURPHY: This is really the NFL model, so give them some credit. If it works in the NFL, it should work well in all conferences and levels of football.

GAZETTE: How do you respond to some coaches’ concern that practices without full contact won’t adequately prepare players for full-contact games?

MURPHY: We still have full contact and live tackling [and scrimmaging] in preseason and spring football, so there are plenty of opportunities to acclimate and teach proper technique.

GAZETTE: What takes the place of full contact in regular-season practices?

MURPHY: Once the season starts, we “thud” on Tuesday and Wednesday [otherwise known as “high and hard”] and polish on Thursday with no pads. The “thud” or “high and hard” technique is no live tackling, no full-speed hits, and no hits on defenseless players. The goal, for every player at every position, is to be in control and to stay on your feet at all times.

GAZETTE: Is this a step toward saving football? Might this policy trickle down to high school and youth football programs, where some parents have become reluctant to enroll their kids?

MURPHY: The future of football at all levels is bright because the culture, rules, practice regimen, and sports medicine have changed and improved so much, mitigating so many of the safety issues, and will continue to do so.