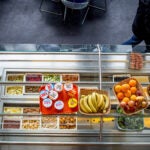 Its early history entwines with that of the game itself, and through its ups and downs two things remained constant: Homework came due and no more games after The Game

While the rest of the college football world marks the sport’s 150th anniversary this autumn, Harvard plans to wait until 2024 to celebrate. History and tradition are important at the country’s oldest college, which believes that it created the modern game in 1874 and whose varsity has been playing the same archrival for 144 years and performing in the same concrete horseshoe for 116 — this season’s first home contest is set for Friday evening against Brown.

Continuity, heritage, and ritual are central to the enduring magnetism and mystique of Harvard football, which this season is observing the centennial of its Rose Bowl victory over Oregon that produced the program’s last national championship.

The stadium may have been renovated multiple times, but except for an artificial playing surface and lights for night games it still looks much the same as it did when it was opened in 1903. The schedule features the same seven rivals from the 19th century. The varsity still has only one captain. And the last couple of decades have been something of a minor throwback to the glory era before the Great War, when Percy Haughton’s estimable elevens collected three national crowns.

Because the Ivies do not participate in the post-season playoffs, the league’s silver trophy, which may be the most elaborate on the planet, is the season’s only prize. Since the turn of the millennium, Harvard has won or shared it eight times and posted three perfect records without enduring a losing season.

During that time, the Crimson has enjoyed extraordinary success against Dartmouth, Penn, Princeton, and Yale, the four rivals that are the historic benchmarks by which success is measured, posting an aggregate record of 54-22.

For a time the lengthening string of Saturday successes provoked confusion among some longtime followers more accustomed to defeat: “Why are we winning all the time?” Graduates of a certain age recalled the lost decade that began with a 44-0 thwacking at Stanford in the 1949 opener and continued with seven losing seasons.

The nadir came at New Haven in 1957 where Harvard’s battered varsity absorbed a 54-0 televised tutorial. At halftime, with Yale ahead 34-0, a messenger handed Eli coach Jordan Olivar a one-word telegram from a Harvard alum: “Please.”

By the end of the ’80s, though, the victories were dwindling, and there was only one more winning season until 2001. Stadium vendors hawked T-shirts puckishly proclaiming Harvard as the “Team of the ’90s” — meaning the 1890s.

When coach Tim Murphy, now in his 26th year, restocked the ranks with swift runners and receivers and sinewy defenders, perennial success returned with 16 consecutive autumns with at least seven triumphs and at least one All-American virtually every year. Along the way, 30 Crimson lettermen have gone on to play in the National Football League (eight this season), most notably quarterback Ryan Fitzpatrick, the bearded Zelig who has called signals for a record eight clubs.

Yet the players, who still live in the same dorms and take the same courses as the rest of their classmates, hardly are campus celebrities. Most of the undergraduates probably could not identify captain Wes Ogsbury if they passed him in the Yard. He and his teammates are students who happen to spend their fall afternoons in helmets and pads and are uncommonly proficient in the classroom.

Half a dozen Harvard players have earned Rhodes Scholarships over the past six decades. Three of the top five scores in the Wonderlic cognitive ability test taken by NFL prospects were achieved by Crimson players (Pat McInally, Fitzpatrick, and Matt Birk). Last season’s offensive line majored in electrical engineering, psychology, human developmental and regenerative biology, bioengineering, and economics. It was not atypical.

“We recognize that this is football that is still human in its dimensions and personalities,” Roger Angell ’42 once wrote about the ivied game. “These athletes before us are not heroes or employees, but only young students, and it is their game, and their pleasure at their game, that we have come to watch.”

It was the students who devised the version that permitted carrying the ball and tackling (Princeton and Rutgers essentially played soccer in 1869). They drew up the rules, designed the uniforms, and engaged and entertained their opponents, starting with McGill.

Their colonnaded playground, a hybrid between a Roman circus and a Greek amphitheater, gives participants the impression that they are gladiators or artists. Dick Clasby, running back a kickoff for 103 yards against Dartmouth in 1952, recalled seeing the spectators rising section by section before he passed beneath them. John Dockery, returning an end-to-end interception against Cornell in the rain in 1964, described “colors moving past you, atmospheric details like Renoir.”

The pigskin version of Harvard’s festival rites remains The Game, which former Yale president Bart Giamatti called the country’s last great 19th-century pageant. It is decidedly more gentlemanly now than it was in 1894 when multiple players were bloodied and brained and the rivalry was halted for two years. “Our kids really respect their players as tough, hard-nosed, classy kids,” observed Murphy.

The contest’s end-of-season finality creates an aura of urgency and drama. “It makes for a warm winter if you do win,” Restic once mused. “And a cold one if you don’t.” While Harvard’s 29-29 “victory” in 1968 remains the most memorable outcome from the Cambridge perspective, there have been notable others since: the 95-yard drive engineered in 1974 by concussed Hawaiian quarterback Milt Holt, who dashed for the winning touchdown in the final 15 seconds, or Mike Lynch’s “9-iron” field goal at the Bowl the following year. “I just told myself not to shank it in front of 70,000 people,” he said. The triple-overtime triumph came in the gloaming at the Bowl in 2005 after the Crimson erased an 18-point second-half gap.

No matter the result, the Crimson players mill about the gridiron with their rivals, friends, and family — and then walk off into winter. There still is no game after The Game.

The Crimson will play Brown at 7 p.m. Friday, Harvard Stadium. For a complete schedule, visit the website.