On Title IX, goals met, but work will continue 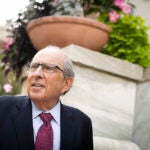 Harvard University continues to make progress in strengthening the impact of its efforts to prevent and respond to sexual and gender-based harassment and assault. This, according to the shared fiscal year 2019 annual report from the Title IX Office and the Office for Dispute Resolution (ODR), which was released today.

“Thanks to collaboration with community members, in particular our student and staff Title IX liaisons and the many students, staff, and faculty who dedicated their time and efforts to contribute to key projects, we continued to successfully expand upon our resources related to outreach, education, and prevention during Fiscal Year 2019,” said Title IX Officer Nicole Merhill. “And while I am happy that we were able to meet, and surpass, our goals in these areas, we remain committed to exploring innovative approaches, and examining and implementing new and promising practices, in our ongoing work toward creating a safer, and more inclusive environment, for everyone here at Harvard.”

The Title IX Office leads the University’s efforts to provide educational programming and resources to prevent sexual and gender-based harassment, while also overseeing responses to disclosures through its system of more than 50 School and administrative unit Title IX coordinators. The ODR is the University’s central resource for investigating formal complaints filed under the Sexual and Gender-Based Harassment Policy. The ODR may also investigate allegations beyond the policy, when requested by Harvard’s schools or units.

In FY 2019, the University Title IX Office and School-based Title IX coordinators provided 29 percent more in-person training opportunities than in the previous year, which resulted in a 50 percent increase in the number of individuals who attended these trainings. A wealth of new initiatives also was piloted, including the University’s first Gender Equity Summit, hosted by the Title IX Office in partnership with the Weatherhead Center for International Affairs, which brought together more than 500 students, staff, faculty, and guests for panels, performances, and presentations that addressed gender equity in academia and beyond. Online training was made mandatory for faculty and staff for the first time, which led to a 270 percent increase in the number of completed online trainings at Harvard, and bystander intervention trainings were introduced for staff and faculty. In response to community feedback, the Title IX Office began pilot efforts on an anonymous online disclosure tool for all members of the Harvard community, which launched this fall.

“We have focused on approaches, such as bystander intervention programming and tailored in-person training initiatives, which research suggests can positively impact climate,” said Merhill. “We believe these efforts have been a driver of the increased disclosures we saw over the course of the year.”

This year, Title IX Coordinators responded to more than 500 disclosures of sexual and/or gender-based harassment — a 20 percent increase over FY 2018. Formal complaints brought to ODR remained, on average, approximately constant over the period FY 2017–2019, but were up nearly threefold from when the office was formed in 2015. Moreover, the community has entrusted ODR with increasingly complex concerns, such as more than one investigation in ODR’s FY 2018–2019 case load involving more than 60 interviews and over 1,000 pages of documentation. Of the 43 formal complaints brought to ODR in FY 2019, five of the respondents were faculty members, nine were graduate students, 10 were staff, 16 were undergraduates, and three were third parties alleged to have violated the policy while participating in Harvard programs or activities.

“The ongoing communication and collaboration among ODR, the Title IX Office, the Title IX coordinators, and School and unit investigative designees and liaisons has been instrumental in improving outcomes for individuals at Harvard, and the broader community at large,” said ODR Director Bill McCants. “Our staff remains at all times keenly aware that we have been entrusted with investigating for all members of the Harvard community, in a prompt and fair manner, one of the most sensitive areas of human interaction, while protecting the privacy of those who interact with our office, regardless of their role in the community.”

The most recent installment of the Association of American Universities (AAU) Survey on Sexual Assault and Misconduct was also completed in FY 2019, and, as reported in October, it underscored the sobering reality that the prevalence of sexual violence at Harvard and at the 32 other participating universities persists at the same level as it did in the previous iteration of the survey in 2015. More than 8,300 Harvard students completed the survey, which found that more than 12 percent of Harvard students have experienced some form of nonconsensual sexual contact since coming to campus. The survey found that more than 80 percent of all reported incidents of sexual assault involved alcohol, and more than 75 percent of the incidents involved an offender who was a fellow student. For undergraduates, two-thirds of the incidents of sexual assault reported in the AAU survey took place in on-campus housing.

Data from the 2015 survey led to the creation of training sessions that have now been completed by more than 65,000 students, faculty, and staff, and Title IX student liaison and Title IX staff liaison committees were formed following the survey’s completion to ensure that each School and unit was represented in conversations about how the Title IX Office can best provide its services across Harvard. Officials have said that they will look to the 2019 AAU results to continue to grow University resources related to Title IX.

“I am grateful for the commitment of all of those within the Title IX Office and at ODR, in the Schools and in partnering offices such as OSAPR [Office of Sexual Assault Prevention & Response] and the Office of BGLTQ Student Life,” said Deputy Provost Peggy Newell. “Thanks to their tireless efforts, more and more Harvard community members are taking advantage of a growing wealth of resources. We have much more to do, though, and we pledge to continue to work hard in order to create a community that is free from discrimination and harassment.” 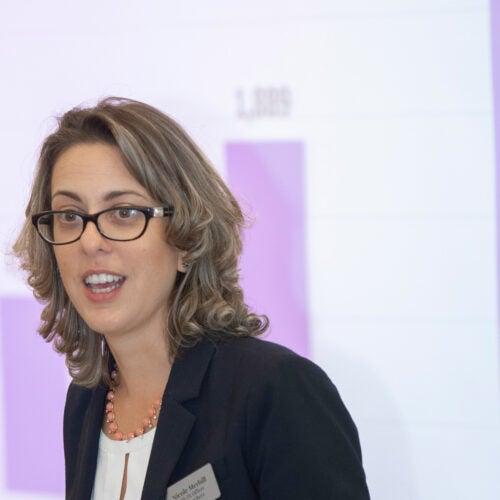 Highlights efforts to prevent, respond to sexual and gender-based harassment 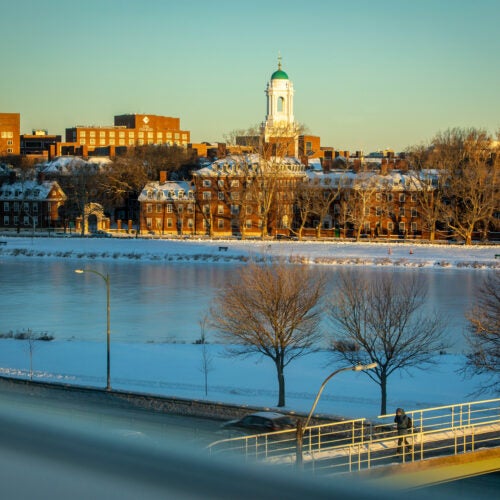