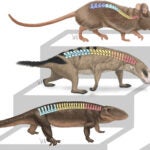 It’s not something most Harvard faculty spend much time contemplating, but Tomer Ullman likes to think about magic.

In particular, he likes to think about whether it would be harder to levitate a frog or turn it to stone. And if you’re thinking the answer is obvious (turning it to stone, right?), Ullman says that’s the point.

The reason the answer seems clear, the assistant professor of psychology said, has to do with what researchers call “intuitive physics” — our built-in sense of how the physical world operates. Even young children, he said, understand that there are certain “rules” to the world. Gravity makes things fall, for instance. Large objects weigh more than small ones, and solid objects can’t pass through each other.

But Ullman and co-author John McCoy, assistant professor of marketing at the Wharton School at the University of Pennsylvania, said in a study published in PLOS ONE that intuitive sense not only underpins our understanding of the “real” world but also informs the fictional ones we create.

“We are interested in the structure of the imagination,” Ullman said. “What’s interesting is that, while we exist in a world that has a particular set of rules that we understand, even if we are not scientists … yet we’re capable of conceiving of many different, alternate worlds that deviate from the real world.”

That intuitive understanding, Ullman said, isn’t limited to physics. It’s probably how we make sense of most of the world around us.

Thanks to a sense of intuitive psychology, he said, we recognize that other people have intentions and goals and take actions to fulfill them, despite the fact that we can’t read their thoughts.

“And the interesting thing about these intuitive theories is they can explain the world as it is, but they can also explain these other worlds,” Ullman said. “So even though a fictional character might look very different from us, and they might have very different goals than us … we can still understand them as having goals and beliefs that they are working to reach.”

But even in those fictional worlds, Ullman said, there are limits.

“We tend to think of imaginary worlds that are closer to our own world,” he said. “So in the ‘Harry Potter’ books, gravity still exists, and J.K. Rowling doesn’t need to tell us, at the beginning of the story, that it still exists. Basically, when we build the canvas of this imaginary world, we import some things from our world, so while there are some things, like the fact that people can perform magic, that have changed, there are other things that we assume.”

To understand how ubiquitous that intuitive understanding is, and how it gets uploaded into fictional worlds, Ullman and McCoy devised an unorthodox experiment: Assuming magic exists, volunteers were asked to rank spells — everything from conjuring a frog from thin air to transforming it into a mouse to changing its color — according to their difficulty.

“We are interested in the structure of the imagination. … [W]hile we exist in a world that has a particular set of rules that we understand, even if we are not scientists … we’re capable of conceiving of many different, alternate worlds that deviate from the real world.”
— Tomer Ullman

The findings, Ullman said, showed wide agreement across nearly all participants that certain spells, like conjuring a frog, making it cease to exist, or transforming it into a mouse, would require more effort than others, like levitating a frog or changing its color.

To understand whether those rankings were influenced by books, films, or even video games, Ullman and McCoy asked participants how much exposure they had to fictional worlds like those found in the “Harry Potter” books or “Star Wars” films, and the results suggested the influence was minimal.

“We did try to control for that,” Ullman said. “There was no effect any way you slice it. We had people who had a lot of exposure and with very little exposure, and it didn’t matter in the slightest in these rankings. I don’t think that’s a knockdown argument against cultural differences — it’s difficult these days to find someone who hasn’t read ‘Harry Potter’ — but I think the next step is to run these experiments cross-culturally.”

The team performed two other tests, one in which volunteers were asked about the same spells, but on a much larger target — a cow rather than a frog. Just as they had in the first experiment, people showed wide agreement on which spells would be hardest to perform.

To reinforce those findings, Ullman and McCoy later replicated the first experiment using a much larger pool of volunteers, with similar results.

“For us, the interesting thing is that these are two different groups of subjects who had no idea about each other, but people overall agreed with one another,” Ullman said. “That suggests there is some internal parameter, some intuitive theory of physics where we understand that to levitate a cow, we need to enact some force against its weight, and it will take more for heavier than for lighter things.

“That seems obvious, but I think what’s interesting is to explore why it’s obvious,” Ullman added. “There is something that’s making that decision … I would suggest that one thing they’re drawing on is their intuitive understanding of physics. The understanding that allows you to get by in the real world all the time, is the same thing you’re querying in this fictional scenario.”

Perhaps even more tellingly, Ullman said, the rankings also seem to align with decades of research that showed that young children — in some cases as young as 4 months old — already possess some hierarchy when it comes to that sense of intuitive physics.

“Children are surprised when there is a violation of their intuitive physics, but certain things seem to come online earlier than others,” Ullman said. “So very early on, violations of solidity and permanence are very surprising to them. They understand things shouldn’t just disappear or appear. But other things, like shape changes or color changes, they don’t care about very much until older ages.”

Ultimately, Ullman believes that understanding how those intuitive senses work and where they come from could help shed new light on how the brain itself works.

“If we take seriously the central metaphor of cognitive science, that the mind is something like a computer and it’s running some programs, what I’m particularly interested in is, what’s the program for intuitive psychology and intuitive physics, and how did we learn those programs?” Ullman said. “I’m putting my chips on the idea that a central part of those programs has been there from birth, and I think that makes sense both empirically based on what we see in other studies, and it makes sense from an engineering point of view. If you were going to program a video game, you wouldn’t want to write all the code from scratch, you would import a bunch of the basics that people have already created.

This research was supported with funding from the Center for Brains, Minds, and Machines. 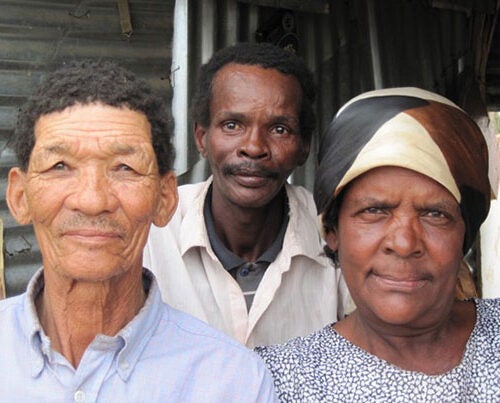 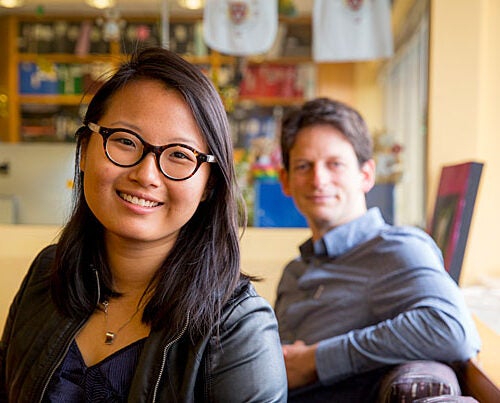