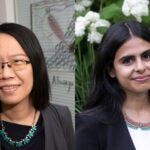 In 1991, Marc Abrahams founded the Ig Nobel Prize, a parody of the Nobel Prize ceremony that exalts obscure research in science. But his fascination for the funny and weird goes a long way back.

As a fourth-grader growing up in Swampscott, Abrahams was captivated by numbers, and an eccentric, joke-telling math teacher, Mrs. Bondelevitch, had a lot to do with it. His curiosity sparked, Abrahams turned to science and began collecting “weird stuff,” including a newspaper article with the headline, “Man Flushes Toilet, House Explodes,” which delighted his 10-year-old imagination.

On Thursday, Abrahams ’78, a Harvard graduate in applied mathematics, will revel in his role as emcee of the 29th First Ig Nobel Prize ceremony at Sanders Theatre, in an event that mixes comedy and science and celebrates unusual research. Le Monde called Abrahams “the pope of improbable science,” and the Washington Post dubbed him “the nation’s guru of academic grunge.”

Past winners include a Ukraine-born researcher who designed a bra that can be converted into a pair of gas masks; an Australian scientist who did a comprehensive survey of human belly-button lint; and a Spanish inventor who created a washing machine for cats and dogs.

“I’m getting to do as an adult all the things that I most enjoyed doing when I was a little kid,” said the editor and writer at his Cambridge home office, which is filled with Ig Nobel memorabilia.

Every year, Abrahams leads the uproarious gala like an experienced ringmaster, carefully orchestrating the night’s mischief, including the traditions of audience members throwing paper airplanes at the stage and genuine Nobel winners bestowing awards.

Among the laureates expected to attend this year are Eric Maskin, Adams University Professor and winner of the 2007 Nobel Memorial Prize in Economic Sciences; Jerome Friedman, who won the 1990 Nobel Prize in physics; and Martin Chalfie, who won the 2008 Nobel in chemistry.

Held before the Nobel Prize awards, the Ig Nobel honors scientific achievements that “make people laugh, then think,” and highlights that there can be science even in absurd questions such as “Is a sigh ‘just a sigh’?” (Answer: No, it is an unintentional expression of negative emotions, including longing, boredom, disappointment, and defeat) or “Walking with coffee: Why does it spill?” (Answer: It’s the byproduct of the interplay between the motion of a cup and the low-viscosity liquid dynamics of what’s in it).

“We’re bringing attention to things that probably would not get much attention at all,” said Abrahams, co-founder and editor of the science humor magazine Improbable Research. “Nobel laureates get recognition, but there are millions of scientists who are advancing science, and most of them won’t get any attention at all.”

Take, for example, the team of doctors who studied the biomedical benefits and consequences of intense kissing, or the researchers who demonstrated that nearly all mammals empty their bladders in 21 seconds, or the scientists who examined how reindeer react to humans disguised as polar bears.

The Ig Nobel also honors creators who didn’t receive due recognition for their innovations. Among them are the inventor of karaoke, the three people who, probably, gave Murphy’s Law its name, and the man who, together with his father, obtained a patent for the comb-over.

Winning an Ig Nobel Prize is hard. Each year, Abrahams and a team of volunteers evaluate thousands of nominations. Some of those chosen decline the award for fear of public embarrassment, but most are thrilled and willing to pay the travel expenses to receive it in person.

The event has garnered prestige among scientists all over the world and has been popular since the first awards, held in an MIT classroom that could barely fit the crowd, mostly of amused scientists and science students. Three years later in 1994, it moved to Sanders, where it has been held before a packed audience every year.

In the beginning, some scientists lambasted the Ig Nobel, calling it an effort to ridicule scientific research, but the presence of genuine Nobel laureates helped dispel that notion. Most scientists embrace the effort because it shows that they can laugh at themselves and it might encourage people to get interested in science.

“There were some people who assumed we were attacking science and making fun of scientists,” said Abrahams, a former software developer who travels around the world leading Ig Nobel live shows. “But we’re defending scientists, who are trying to figure out what’s true, what’s real, and what’s useful. We want to get people curious about science. People can be scared of things they don’t understand. But if they manage to be curious before they get scared, science is not going to be scary anymore.”

Winning an Ig Nobel doesn’t prevent scientists from winning an actual Nobel. In 2000, Sir Andre Geim, Regius Professor and Royal Society Research Professor at the University of Manchester, won an Ig Nobel for his research on using magnets to levitate a frog. Ten years later, he won the 2010 Nobel in physics for his groundbreaking experiments with graphene, a thin material stronger than steel.

The 29th First Annual Ig Nobel Prize ceremony will be held at Sanders Theatre on Sept. 12 at 6 p.m. Tickets can be bought at the Harvard Box Office. 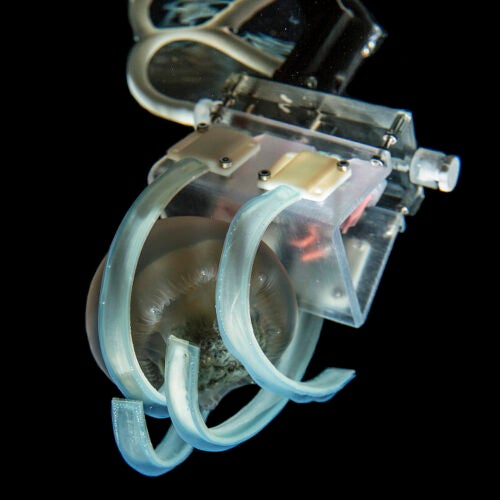