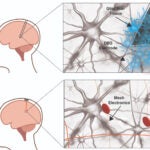 How our brain cells, or neurons, use electrical signals to communicate and coordinate for higher brain function is one of the biggest questions in all of science.

For decades, researchers have used electrodes to listen in on and record these signals.  The patch clamp electrode, an electrode in a thin glass tube, revolutionized neurobiology in the 1970s with its ability to penetrate a neuron and to record quiet but telltale synaptic signals from inside the cell. But this tool lacks the ability to record a neuronal network; it can measure only about 10 cells in parallel.

Now, researchers from Harvard University have developed an electronic chip that can perform high-sensitivity intracellular recording from thousands of connected neurons simultaneously. This breakthrough allowed them to map synaptic connectivity at an unprecedented level, identifying hundreds of synaptic connections.

“Our combination of the sensitivity and parallelism can benefit fundamental and applied neurobiology alike, including functional connectome construction and high-throughput electrophysiological screening,” said Hongkun Park, Mark Hyman Jr. Professor of Chemistry and Professor of Physics, and co-senior author of the paper.

“The mapping of the biological synaptic network enabled by this long sought-after parallelization of intracellular recording also can provide a new strategy for machine intelligence to build next-generation artificial neural network and neuromorphic processors,” said Donhee Ham, Gordon McKay Professor of Applied Physics and Electrical Engineering at the John A. Paulson School of Engineering and Applied Sciences (SEAS), and co-senior author of the paper.

“We are developing a wafer-scale system for high-throughput drug screening for neurological disorders such as schizophrenia, Parkinson’s disease, autism, Alzheimer’s disease, and addiction.”
— Jeffrey Abbot, first author on the paper

The research is described in Nature Biomedical Engineering.

The researchers developed the electronic chip using the same fabrication technology as computer microprocessors. The chip features a dense array of vertically standing nanometer-scale electrodes on its surface, which are operated by the underlying high-precision integrated circuit. Coated with platinum powder, each nanoelectrode has a rough surface texture, which improves its ability to pass signals.

“In this way we combined the high sensitivity of intracellular recording and the parallelism of the modern electronic chip,” said Jeffrey Abbott, a postdoctoral fellow in the Department of Chemistry and Chemical Biology and SEAS, and the first author of the paper.

In experiments, the array intracellularly recorded more than 1,700 rat neurons. Just 20 minutes of recording gave researchers a never-before-seen look at the neuronal network and allowed them to map more than 300 synaptic connections.

“We also used this high-throughput, high-precision chip to measure the effects of drugs on synaptic connections across the rat neuronal network, and now we are developing a wafer-scale system for high-throughput drug screening for neurological disorders such as schizophrenia, Parkinson’s disease, autism, Alzheimer’s disease, and addiction,” said Abbott. 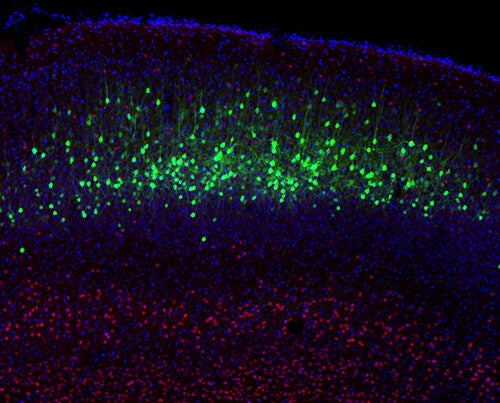 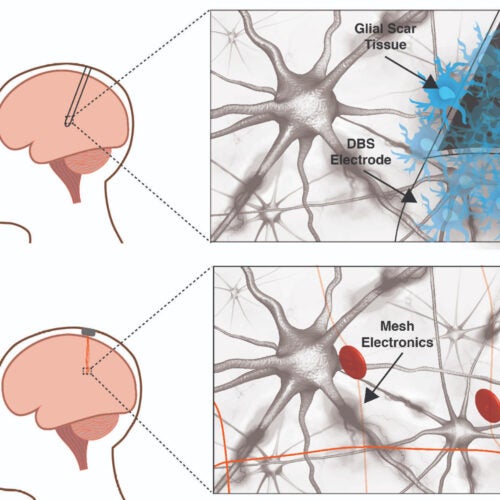 How neuron-like implants can offer a better way to treat brain disorders, control prosthetics, or even enhance cognitive abilities