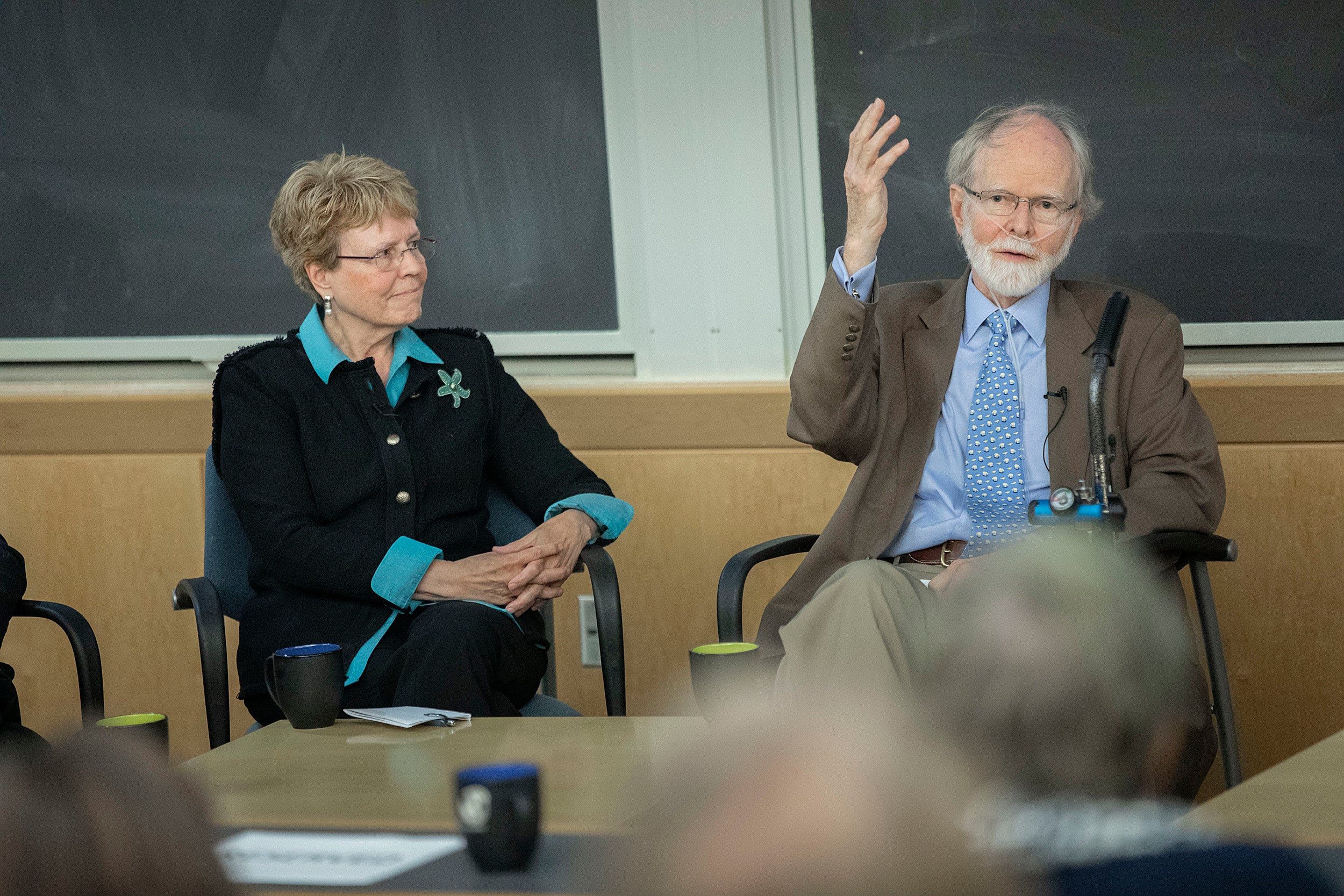 How neuron-like implants can offer a better way to treat brain disorders, control prosthetics, or even enhance cognitive abilities

Charles M. Lieber and Shaun Patel, a faculty member at the Harvard Medical School and Massachusetts General Hospital, see a field — their own — at a tipping point. In a perspective titled “Precision Electronic Medicine,” published this month in Nature Biotechnology, they argue that neurotechnology is on the cusp of a major renaissance.

“The next frontier is really the merging of human cognition with machines,” said Patel, a neurologist at Harvard Medical School and Massachusetts General Hospital. And in their article, he and Lieber, the Joshua and Beth Friedman University Professor, write that mesh electronics such as those developed by Lieber are the foundation for machines designed to personalize electronic treatment for just about anything related to the brain.

“Everything manifests in the brain fundamentally. Everything. All your thoughts, your perceptions, any type of disease,” Patel said.

Right now, scientists can identify the areas of the brain where decision-making, learning, and emotions originate, but tracing behaviors to specific neurons is still a challenge. That means that when the brain’s complex circuitry becomes tangled or degraded by psychiatric illnesses such as addiction, neurodegenerative diseases like Alzheimer’s, or even natural aging, doctors have only two options: drugs or implanted electrodes, both of which can have effects on more than their intended targets. In some cases side effects can be severe, and while the effects of deep-brain stimulation can be almost instantaneous, over time the brain’s immune system treats the stiff implants as foreign objects: Neural immune cells (glia cells) engulf the perceived invader, displacing or even killing neurons and reducing the device’s ability to maintain treatment.

Lieber and Patel believe the current technology is simply a stopgap. In their paper, they write that developing “research focused at the interface between the nervous system and electronics … [can unlock] the potential of implants capable of cellular-level therapeutic targeting.”

To that end, Lieber’s lab is designing smaller, more flexible electronic brain implants that move with brain tissue instead of against it. His mesh electronics mimic the size, shape, and feel of real neurons; can record, track and modulate individual neurons and circuits for up to a year or more; and provoke almost no immune response. In addition, Lieber’s electronics have already demonstrated a valuable trick of their own: They encourage neural migration, potentially guiding newborn neurons to damaged areas, like pockets created by stroke.

What this means, the researchers said, is that eventually the technology could track how specific neural subtypes talk, which in turn could lead to a cleaner, more precise map of the brain’s communication network. With higher-resolution targets, future electrodes can act with greater precision, eliminating unwanted side effects. And, Patel said, they could be tuned to treat any neurological disorder.

Lieber and Patel expect the next steps to be a focus on “highly flexible mesh probes with high densities of recording and stimulation electrodes [that can interface] with mature, silicone-based processor chips,” ultimately leading to “seamless neural-electronic systems,” even treatments for bedeviling and disheveling brain illnesses such as Alzheimer’s.

After that, they said, adaptive electrodes could provide better control over prosthetic or even paralyzed limbs, and in time may act like neural substitutes, replacing damaged circuitry to re-establish broken communication networks and recalibrate based on live feedback.

“If you could actually interact in a precise and long-term way and also provide feedback information,” Lieber said, “you could really communicate with the brain in the same way that the brain is communicating within itself.”

Mesh electronics still has several major challenges to overcome: scaling up the number of implanted electrodes, processing the data flood those implants deliver, and feeding that information back into the system to enable live recalibration.

“I always joke in talks that I’m doing this because my memory has gotten a little worse than it used to be,” Lieber said. “That’s natural aging. But does it have to be that way? What if you could correct it?”

“The potential for it is outstanding,” Patel said. “In my own mind, I see this at the level of what started with the transistor or telecommunications.”