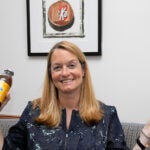 The story of how you came to buy that car

The odds may be 1 in 3 for the next year, though unusual changes signal caution

The Dow Jones industrial average dropped 800 points Wednesday, the largest single-day decline of the year. Some analysts attributed the selloff to growing worries that the United States is likely to follow China and Germany into an economic slowdown, stoked in part by American trade policies. Other analysts suggested that the rare case of long-term bond rates falling below shorter-term rates startled investors because such shifts often have been harbingers of economic peril.

Economist Jeffrey Frankel is the James W. Harpel Professor of Capital Formation and Growth at Harvard Kennedy School and is a research associate at the National Bureau of Economic Research. He serves on the bureau’s Business Cycle Dating Committee, which officially declares recessions. The Gazette talked with him to analyze the markets selloffs this week and to gauge whether he sees a U.S. or global recession coming.

GAZETTE: The U.S. still has positive economic indicators: record low unemployment, steady jobs growth, and consumer spending remains robust. But clearly the stock market selloff Wednesday suggests that many feel otherwise. What are the warning signs people are seeing that have them so worried?

FRANKEL:  Certainly, what’s been happening in the stock market and the bond market has people rattled. There’s been speculation for a few years, given erratic economic policy and geopolitical policy both in the U.S. and some other major countries, that maybe this would have a negative effect on markets, and yet there has been little sign of that until now. The single indicator that has people the most worried is the [bond market] yield curve. We’re now in what’s called an inversion of the yield curve, which means that long-term interest rates, in particular 10-year interest rates, are quite low, even below short-term interest rates, which is quite unusual and suggests that financial markets are not optimistic about the future 10 years in the economy. According to an estimated equation by the New York Fed[eral Reserve Bank], the current inverted yield curve, that raises the probability of a recession in the next 12 months to 1 in 3. At the beginning of the year, it was maybe 1 in 4; in a normal year, maybe it’s 1 in 5. So for the odds of a recession to have gone up to 1 in 3 is noteworthy, but it still means it’s quite possible that we’ll get through the year without one.

GAZETTE: Is the yield curve inversion as reliable a harbinger of recession as many investors seem to believe?

FRANKEL: Statistically, it’s got a pretty good record. It’s worrisome and suggests a lack of confidence in the markets. But some other indicators are more reassuring.  We’ve had this very flat or occasionally even inverted yield curve for a couple years now. In other words, long-term interest rates have been very low for a few years now. And during most of that period, the stock market has been very high, which seems like a sign of confidence. And even now, even with sharp declines we’ve had this month, the stock market is still close to record highs.

GAZETTE: A decade into the economic recovery after the Great Recession, are we simply “overdue” for a reversal of fortune. Is the U.S. headed toward a recession?

FRANKEL: Just because a recovery or an expansion period has lasted long does not in itself mean that the probability of a recession in the next year is higher. You need imbalances in the economy like the overleveraged housing market, which gave us the mortgage crisis in 2007-08. You need something like that.

Economists can’t really predict recessions. But when a recession comes, I bet that it’s going to be worse than the average U.S. recession. The reason is that in 2017, 2018, macroeconomic policy was pro-cyclical. By macroeconomic policy, I mean fiscal policy, monetary policy, and also financial regulation. And by pro-cyclical, I mean loosening up at the peak of the business cycle, when unemployment is below 4 percent (it’s the lowest it’s been in 50 years), and output is above potential (the economy was growing relatively strongly last year). But that’s not the time to be running trillion-dollar budget deficits or have interest rates close to zero or to be dismantling financial regulation and protections we put in place after the last financial crisis. And in 2017-2018, we did all three of those things.

The reason why I draw the connection between pro-cyclical policy and a prediction that, when the next recession comes it’ll be worse than the average, is the government is now out of ammunition. In the past, the Federal Reserve has had room to cut interest rates, fiscal policy has had room to cut taxes and raise spending to stimulate the economy, and financial regulation has had room to have a little forbearance. But if we’re already having all those instruments at full throttle, it leaves very little space to respond to a recession if and when it comes.

GAZETTE: The president continues to be very critical of the Federal Reserve’s pace and timing of interest rate increases and cuts, saying that they have slowed the U.S. economy. How significant a role does the Fed play in all of this? What can it do and not do to minimize or prevent a recession?

FRANKEL: Under the conditions of the last 10 years, monetary policy doesn’t have as much power as fiscal policy. But it’s still very relevant. When we entered the previous four recessions, the Federal Reserve responded by cutting interest rates by more than 400 basis points, 4 percent, and that made a real difference. That stimulated the economy through a variety of channels and helped bring an end to those preceding recessions, including the Great Recession of 2007 to 2009. Cutting interest rates by 400 basis points wouldn’t be possible now and won’t be possible when the next recession comes because interest rates are barely above 2 percent, so you can’t cut them that far. The Fed can do something, but it’s limited in what it can do.

The situation is worse in the European Central Bank and the Bank of Japan, where interest rates are already not just zero, but negative. There’s very little room for them to cut.

GAZETTE: Some economists say new tariffs and trade disputes with China, Mexico, Canada, the European Union, Japan, India, Guatemala, and Vietnam have increased the odds that the U.S. slips into recession by the 2020 election. What are some of the direct and indirect effects of current U.S. trade policy and the uncertainties surrounding it?

FRANKEL: Most economists think that President Trump’s trade policy is very, very bad. It has all kinds of negative effects on the economy: 1). It raises prices to consumers and lowers their standard of living. 2). What we’ve seen a lot of up until now is raising prices of intermediate goods and inputs that firms use in producing. So if you have a tariff on steel, then any company that uses steel faces higher costs. That hurts them and also costs jobs in those industries. 3). When you put up tariffs to reduce imports, there’s a whole variety of ways you hit exports too. Sure, imports from China have gone down, but our exports to China have gone down even more. Part of it is retaliation. It’s completely predictable and to be expected that other countries will retaliate, especially when our tariffs violate our international agreements, which I would say the Trump tariffs do. Another way that blocking imports ends up losing you exports is if you hit the Chinese economy hard and cause a recession in China. Maybe Trump wouldn’t mind that. But if the Chinese have lower income, they’re going to buy less from us. A third mechanism is that U.S. tariffs on Chinese goods tends to cause the dollar to become more expensive in the foreign exchange markets, and the renminbi (Chinese currency) become cheaper.  This makes American goods less competitive on world markets.  In short, there’s an illusion that tariffs will help the trade balance, but it doesn’t really work that way.

GAZETTE: Are the frequent on/off pronouncements of tariffs with China, for example, causing harm in and of themselves, as Fed Chair Jerome Powell and others have suggested?

FRANKEL: Absolutely. Many of the recent movements in U.S. trade policy have been part of a change, not just a radical change from the past and from our international treaty obligations, but a change from what Trump had last said just a few days or weeks before. And, when it does come through, you don’t know what direction it’s going to be. So if you’re a producer that exports, like a farmer, and your decision concerns what crops to plant, you don’t know.  Or say you’re a company that competes against imports and you want the tariff protection, let’s say the steel industry. But they don’t know: Should they invest in more steel capacity? What if the whole thing is negotiated away? What if you’re a user of steel and an increase in the price of steel hurts you? So, I think we’re going to see a bigger negative effect on investment, regardless of whether you’re in an exporting sector or an import-competing sector. You don’t know what direction the policy is going to be, so you wait. You’re not going to build a new factory if the prices are completely uncertain, [if you don’t know] whether you’re going to be facing competition for your product, or whether the prices of your input are going to go way up. And that is one channel where the trade war could lead to a recession. 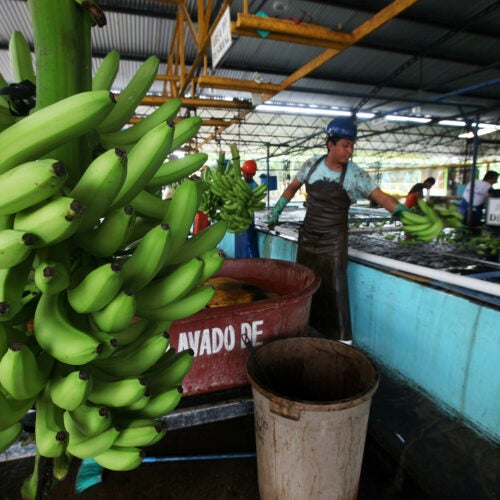 The sparring over trade 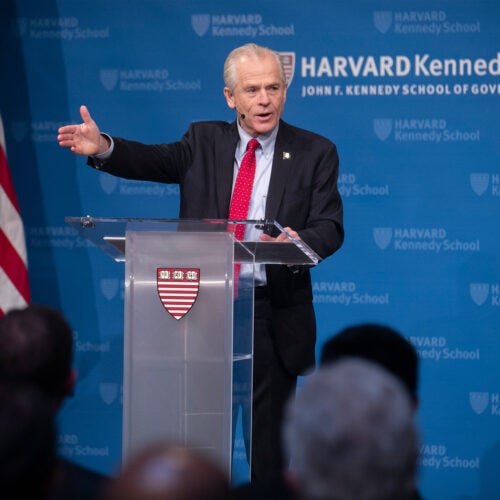