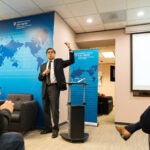 Friday marks the start of the 2019 FIFA Women’s World Cup in France, with 24 teams vying to be crowned the best in the world. The U.S. women’s national soccer team will begin the defense of their 2015 World Cup title with a game against Thailand on Tuesday in Reims. For a breakdown of the teams and players to watch, the Gazette spoke with Chris Hamblin, a Bristol, England, native and Branca Family Head Coach for Harvard Women’s Soccer.

GAZETTE: Who are the U.S. players to keep an eye on?

HAMBLIN: I think when you look at the U.S.A. they have a really good balance of experience, talent, and youth. You have multiple players who have scored over 100 goals for the United States now, so there’s a ton of attacking talent. I think the attacking players are certainly the players to watch. Alex Morgan is obviously someone who is going to be a key player for the United States; Megan Rapinoe as well, along with Tobin Heath and Christen Press, who have multiple ways to score goals, so I think they are attacking players for sure. But then you can’t take away from the midfield. There are a lot of attacking midfield players who are going to cause some damage. I think the area where the U.S. is probably least convincing right now is probably in goal. The goalkeeping is still a little bit up in the air so I think they have to sort that piece out.

GAZETTE: Do they have a top goalkeeper at this point?

HAMBLIN: They do. They have a very good selection of goalkeepers; Alyssa Naeher is currently the starting goalkeeper and she is a very talented. She’s had a lot of experience and a lot of success; she just hasn’t necessarily been performing at her highest level with the U.S. national team. And sometimes it’s difficult because the U.S. is so dominant in a lot of games they play that any mistake the goalkeeper makes is highlighted. I think that when you are a goalkeeper and you have a ton of action, you get to make a lot of saves and you can be the hero. But oftentimes, when you’ve really got to make those one or two plays, it’s not as easy to do and it takes a lot of focus. So, they’ve been experimenting with some different goalkeepers. They have the talent there in goal but I think they have to get over the psychological barrier right now, that could be an issue for them. … There’s not a weakness in goal, but there is right now a perception that it could hurt them.

GAZETTE: Any emerging U.S. talent that could have a breakout tournament?

HAMBLIN: I think there are a couple of exciting young players. You have Mallory Pugh, who has been around for a little bit although she is still very young. You also have [Samantha] Mewis, who is from Massachusetts and who has had a really good professional career with the North Carolina Courage. I think she is a really key player. I’ve really enjoyed watching her play and develop. I think obviously the goal-scoring players such as Alex Morgan, Carli Lloyd, and Megan Rapinoe are going to get a lot of attention, but Sam Mewis might be the player that makes everything happen in this World Cup for the U.S. She may not be getting on the score sheet, but she may be involved in a lot. I would say that she is someone to keep an eye on and that she could be a really impactful player.

GAZETTE: What are the keys to the U.S. lifting another trophy?

HAMBLIN: A former member of the U.S. women’s national team, Julie Foudy, said recently that this was the first World Cup where she can count on more than one hand the number of teams that could win it. And I think that’s really exciting for the neutral [fan] because there are a number of talented teams that could win. In the group play for the U.S., I think Sweden is probably the most challenging team. I think Thailand and Chile may not be as competitive but it’s a World Cup, and soccer is a great game in that teams can sit in and defend and make it very difficult, or they could pull out a tie or score on a counterattack. So, the U.S. is going to have to be very clinical in the group phases, and I would anticipate them advancing.

But then I think it becomes very difficult. There’s not necessarily an easy game in that next round, it’s going to get harder and harder when you have teams such as France and Germany and England and China and Spain and Australia, and teams such as Italy coming out of nowhere really, and doing very well at the senior level now. I think it’s going to be really competitive outside of the group phase. The U.S. is going to have to be at their best. I think their experience is going to get them there. They’ve obviously had a lot of players who have been in World Cups who have played at the highest level, so I think their experience is going to get them at least to the semifinal round and then it’s going to come down to quality. I think there are teams out there that can match the U.S.’s quality so you hope the experience can carry them through.

GAZETTE: Is there a group of death?

HAMBLIN: Group A and Group B are both really competitive, with France, South Korea, and Norway. Then you have Germany, China, Spain, and South Africa in Group B. Those two groups jump out as the toughest. In Group B, Germany and China are obviously world-class teams and Spain is a team that has been winning a lot of the U-17, U-20 World Cups, and so there’s a lot of young talent coming through there. South Africa is gaining quality as well but I think they are going to be the one that are going to struggle in that group. In Group A, Norway has obviously got a lot of experience and France is one of the best teams in the world; then you have South Korea and Nigeria. If I had to choose one I would say Group B just because it has probably a bit more of the powerhouses in it.

GAZETTE: Underdog team that could go far in the tournament?

HAMBLIN: I think England has done really well in the past four or five years. They made it to the semifinals of the last World Cup and they’ve really caused some problems when they’ve played against the U.S. in the past. They recently won the SheBelieves Cup, the invitational soccer tournament held in the U.S. So, I think England is a team that could be successful and I think the Netherlands as well. Holland has got a lot of young talent coming through and again they have been very successful at the youth level. And I think you’ve always got to keep an eye on Spain.

GAZETTE: Where will your Harvard team be watching the games?

HAMBLIN: We have players from Canada, England, Ireland, New Zealand, Italy, and obviously the U.S., so we’ve got this really diverse roster and all of the members of our team will be watching and supporting their own countries. The team is broken into little groups this summer to keep one another on track with their training and fitness, but we’ve also broken those groups up into World Cup country teams and they are going to be watching some World Cup games together online. One of our incoming freshmen was playing for the Italian U-19 team recently and another one played for the Germany U-19 team. And we’ve got the captain of the Ireland U-19 team, so these players have actually played for their countries in youth World Cups. The next step for them would be to make their full national team so there’s a vested interest for our players in addition to supporting their countries, to look at that as a goal, so that makes it even more exciting.

GAZETTE: What is your prediction for the final? 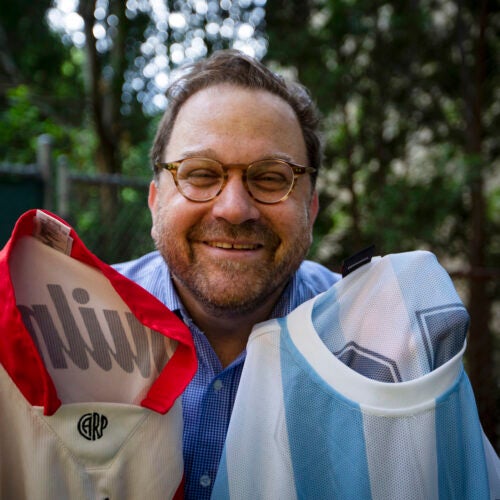 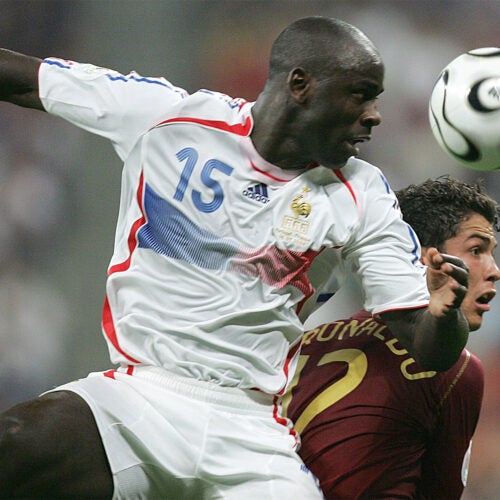