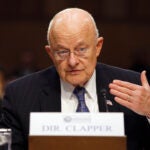 The worries over U.S. intelligence

Every four years, everyday activity comes to a standstill in many nations as people stop to watch the world’s biggest sporting event. The 2018 FIFA World Cup Russia started last week and will end on July 15. The final match in 2014, between Germany and Argentina, was watched by more than a billion fans.

To better understand World Cup fervor, which is taking hold in the U.S. too, the Gazette interviewed Mariano Siskind, professor of Romance languages and literatures and comparative literature, who has taught two popular courses on soccer. Siskind, who was born in Argentina, spoke about the meaning of the sport, the allure and the dark side of the World Cup, and his favorite players.

GAZETTE: What countries would you like to win the World Cup?

SISKIND: I would like Argentina to win the World Cup, not because Argentina deserves to win but because [Lionel] Messi does. Messi is such a remarkable and amazing player, and this may be his last World Cup at the top of his game. He’s going to be 35 in Qatar 2022. It’d be a shame that such a fantastic player cannot crown his career with the World Cup. Like many Argentinians, I have a difficult relationship with the nationalistic feelings that soccer brings up in countries like mine. I don’t care for Argentina, actually, but I really do care for Messi. Also, I’d like Uruguay to win. And third, I’d like any other Latin American country to win — except for Brazil. I love Brazil every minute of my life except during the World Cup.

GAZETTE: Because of the old rivalry between Argentina and Brazil when it comes to soccer?

SISKIND: Well, it’s like rooting for the Yankees if you’re a Red Sox fan. You don’t want those who always win, like Brazil and Germany, to win again.

GAZETTE: Let’s continue with the rivalry. Between [Diego] Maradona, the Argentinian soccer marvel, and Pelé, the Brazilian soccer star from the 1970s, who is better?

SISKIND: Pelé was perhaps the fourth-best player in the history of soccer. Maradona is No. 1.

GAZETTE: But is Maradona better than Messi?

SISKIND: Messi is perfect. Maradona is god, but he is the most human of gods because he’s imperfect. Technically, Messi might be better, but Maradona’s game is aesthetically insuperable, and he was mentally much stronger than Messi. Maradona was built up to overcome challenges and difficult situations during games, while Messi is mentally weaker.

Maradona is a paradigmatic tragic hero, self-destructive and filled with flaws that produce his demise. That’s what we study in our course. We try to make sense of the figure of Maradona through Aristotle’s definition of tragedy in his “Poetics,” and Nietzsche’s “The Birth of Tragedy.” There is something incredibly appealing about him, something so human. There was also something truly epic about Maradona. Because he was always surrounded by players who were mediocre or slightly above average, he had the responsibility to carry the team on his shoulders, something uncommon in a team sport like soccer. What I hate is people taking moralistic stances with Maradona, like when they say, “If I were Maradona, I wouldn’t have been so self-destructive.” Does anybody know what it means to be Maradona? It means people treating you as a god who has descended on earth. That’d drive most people crazy.

GAZETTE: Maradona, and soccer in general, inspire such strong emotions. Soccer is a game, or is it more than a game?

SISKIND: Soccer is never just soccer. Like with many sports and other cultural practices, there’s a lot more at stake than what happens on the pitch. Beyond sociological considerations of soccer as the world’s most popular sport and the most global socio-cultural phenomenon, when we say that soccer is more than a game, we’re not talking just about soccer but about the way we relate to soccer.

Paraphrasing Karl Marx when he conceptualizes “class,” soccer has to be thought of as a social relation. Soccer mediates personal relations. It brings people together, but at the same time produces all kinds of exclusion. In Argentina, for instance, during the World Cup people who don’t like soccer feel excluded or they exclude themselves. But those of us who are conscious of the fictions that are at stake in sports, and soccer in particular, we’re always conflicted because … soccer is stupid. [Laughs.] It’s not that important. It’s 22 guys running around a ball, and one team wins and another one loses, and your life goes on regardless of the outcome. Some of us who care too much about soccer are always of two minds when it comes to soccer. Because it’s true, objectively soccer doesn’t matter, and yet it does. [Laughs.]

GAZETTE: And for soccer fans, their team’s victories and defeats bring them utter happiness or deep sorrow … Why does soccer evoke such strong feelings?

SISKIND: Because fiction and narration are constitutive of our view of reality. We organize our perception of reality through fiction and narration. That’s why we love literature and other narrative arts. It’s kind of what happens with soccer. It shouldn’t affect me if a fictional character in a novel dies, but it does. The outcome of a soccer game really doesn’t matter, and yet it matters a lot. Juan Pablo Varsky, an Argentinian sports journalist, said that soccer is the most important thing of the least important things in life, and I agree. Take away the most important things in life — family, love, work as a form of transcendence, friends — and soccer, or any sport we truly love, is at the top of the least important things in life. I always ask myself, “Why am I so affected by what just happened with my team?” It is insane to be euphorically happy or totally depressed after a win or a loss, but that is what happens even to the best of us. We’re all mad! [Laughs.]

GAZETTE: I read that your favorite team is River Plate, one of the most popular soccer teams in Argentina.

SISKIND: If you ask me if I prefer Argentina to win the World Cup or River Plate to win the Libertadores Cup, I’d prefer the latter, of course! [Laughs.] One is a fan of his or her team. What is the nation? The nation is an invention, a fiction, whereas the relation with your local team, that’s real.

GAZETTE: Let’s talk about the course you co-taught [with Francesco Erspamer]. What were you hoping students would learn through the study of soccer?

SISKIND: The course is in classical humanities, where students acquire tools of critical thinking. The object of study just happens to be soccer, but it could have been any other sociocultural or aesthetic practice. In the humanities, we teach students interpretative skills that allow them to denaturalize, defamiliarize their perception, and understand cultural, social, and aesthetic phenomena in their historical context, in relation to debates that go way beyond the specificity of soccer. What I’m trying to say is it’s not a course just about soccer because, as I said before, soccer as a very significant sociocultural practice is never about just soccer.

GAZETTE: Soccer is known as the beautiful game. But what are the worst aspects of soccer?

SISKIND: The worst thing about soccer is nationalism. The World Cup is a very fascist moment in the culture of a country, when this false sense of unity arises, and social and political antagonism are suspended for a month. I always hate finding myself trapped in that moment, and those who usually feel excluded or marginalized because they don’t care for soccer are the ones who can save themselves and free themselves from that moment. But if you have the tragic flaw of loving soccer and you’re in a soccer-crazed country like Argentina, you can’t get away from it. It’s terrible. That’s why to me watching the World Cup in the U.S. is nice and enjoyable.

GAZETTE: But FIFA just announced that North America will host the World Cup in 2026.

SISKIND: Well, to be truthful, the U.S. should have been awarded the 2022 World Cup, which was given to Qatar through this terrible network of corruption that led to the downfall of the FIFA establishment everywhere. It was the greatest thing that has happened because FIFA is probably one of the most evil corporations in the world. But the most important reflection is how ironic and perverse it is that Mexico, the U.S., and Canada will create this borderless zone during the summer of 2026, only for a month, when today the U.S. wants to build a wall to separate itself from Mexico and break a long tradition of near-perfect diplomatic and commercial relations with Canada. And it’s going to be all for show, for the money, it’s not going to be a steppingstone toward a resignification of borders. It happens everywhere where they host the World Cup. They hide poverty, dissatisfaction, and all antagonisms under the rug for a month while the world is looking. And that’s exactly what’s happening in Russia today.

GAZETTE: What plans do you have to watch this World Cup?

SISKIND: I’m watching it with my sons and my wife. It’s a family affair. My sons are into soccer. When Argentina lost the World Cup against Germany in 2014, my oldest son was devastated for days. And I was so sad for him for having transmitted this disease to him, for not having been able to spare him from this curse.

It’s humanly impossible to watch every single game, but I cleared my schedule to watch as many games as I can. I’ve scheduled meetings only when there are no important World Cup games going on. I’m not going to miss any game by Argentina, Spain, Portugal, Germany, Mexico, Peru, Colombia, Uruguay, and maybe England. That’s probably only 36 games during the first two weeks. [Laughs.]