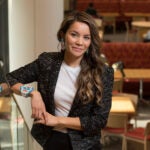 Lilian Thuram became a Parisian at age 9 in 1981, moving to France’s capital from his native Guadeloupe. It was also the year he “became black,” the former international soccer player said through a translator, because that was when he realized “being black was seen negatively.”

As the World Cup nears, organizers are bracing for possible incidents of racism at the competition’s 12 Russian stadiums. In the months leading up to one of the world’s most watched sporting events, the host nation has seen a rise in racist and anti-gay chants at soccer games, according to a recent report. 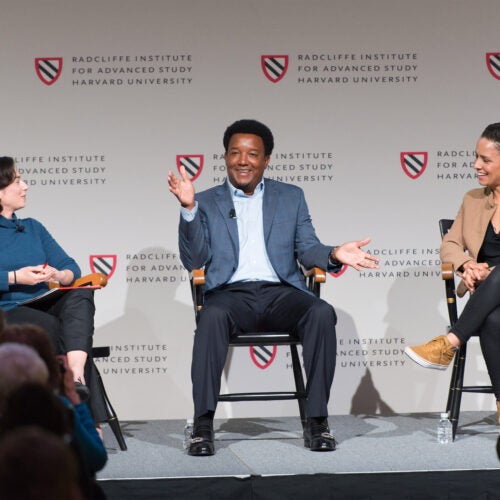 The Sox beyond Fenway

Team leadership talks about its responsibilities to the communities it represents

On Tuesday, the Fédération Internationale de Football Association, or FIFA, the sport’s international governing body, announced sanctions against the Russian Football Club Zenit St. Petersburg after fans taunted an injured Leipzig player from Guinea during a Europa League game. The club was fined, and the team will play its next Europa match without fans. In May, FIFA fined the Russia Soccer Federation after national team fans chanted racist slurs at a French midfielder during a World Cup warm-up game.

Those incidents are hardly exceptions. The beautiful game is repeatedly marred by racism despite efforts to eliminate abuse in the stands and on the field. The topic was one of many discussed during a three-day symposium last week called “Participation, Inclusion and Social Responsibility in Global Sports. The gathering was sponsored by Harvard’s Weatherhead Initiative on Global History , and  Olympiacos FC, with support from Simmons College.

For Thuram, the discussion was deeply personal.

“When I was a soccer player in Italy, certain fans would make monkey sounds when I touched the ball,” said the retired defender, who was surprised when journalists asked him later, “What should be done?”

Thuram said he told them it wasn’t his responsibility to “find a solution” to the problem of “others,” one that was rooted in a brutal history. Too often, he added, people view racism as a confrontation between individuals instead of a systemic problem. “And so by condition and habit it becomes deeply ingrained … it’s a vision of the world.”

Officials need to abandon matches disrupted by racism, said Thuram, who has become an outspoken activist, and soccer executives need to meet with those who have experienced racism to truly understand the nature of its “violence.” Additionally, FIFA, UEFA (Union of European Football Associations), and national soccer federations must diversify their executive ranks to balance the “overrepresentation of the dominant ones in positions of power.”

Patrick Gasser, head of UEFA’s corporate football and social responsibility unit, pointed to its partnerships with groups dedicated to fighting racism as part of the organization’s effort to “get the action on the ground right and to make progress.” Advertisements during games, official monitors, fines, and allowing referees to suspend matches are some of the steps UEFA has taken to fight racism.

On the issue of a more diverse workforce, Gasser told the gathering that UEFA is striving for change. “I am personally very conscious of the shortcomings within the football world,” he said.

While women athletes in America have benefited from Title IX, the federal Civil Rights law passed in 1972 that requires gender equality in schools and literally opened playing fields to women and girls, female coaches here are nonetheless still a minority. In other countries, women and girls interested in taking part in or simply watching traditionally male-dominated sports such as soccer face an uphill battle.

In Turkey, the problem reflects societal norms. Only one out of every three women is in the workforce, and few women are in parliament, said Itir Erhart, professor of media and communications systems at Istanbul Bilgi University. “The gendered ideas of masculinity and femininity are still very, very prominent,” he said. “Women are still thought to be, by most people — including [many] women themselves — frail.”

But the desire to change that stereotype is also strong, said Erhart, who helped organize a women’s soccer tournament in Turkey that has attracted 3,000 participants over the past six years.

When it comes to supporting soccer teams, liberating women from constant comparisons with men will help eliminate the idea of “gendered fandom” in soccer stadiums and foster the notion of women as “authentic” fans, said Tamar Rapoport, professor emerita of sociology at Hebrew University of Jerusalem and Columbia University.

In another area, transgender athletes face a range of challenges, including policies at the high school, college, amateur, and professional levels, many of which require players to submit to hormone testing prior to competing, noted Erin Buzuvis, law professor at Western New England University.

Buzuvis held up the U.S. Soccer Federation’s policy for amateur teams as an example of a more inclusive effort, “requiring simply that the person’s gender identity be sincerely held and part of their core identity,” verifiable in various ways, she said.

Speakers at a Friday morning panel titled “Finding a Voice: Race in Sports” agreed that when black athletes assert their independence or make their political views public they are often criticized or even excluded from team rosters. Ben Carrington, professor of sociology and journalism at the University of Southern California, noted that basketball star LeBron James was vilified in 2010 “for having the audacity to make a decision himself about where he should continue his professional career” when he chose to leave the Cleveland Cavaliers for the Miami Heat. James has also been chastised for talking politics, but his superstar stature means his job is secure. Less-accomplished athletes, including football quarterback Colin Kaepernick, who led the movement to kneel during the national anthem at NFL games, aren’t as privileged, said Carrington.

“The lesson that is being sent out is you better be one of the greatest out there. You will still get the crap, but you are so exceptionally good that you are likely still to be employed. … Below that level, you better watch out.”

The Harvard conference kicked off with a screening and discussion with the creators of “The Worker’s Cup,” a documentary that follows the challenges faced by several African and Asian migrant workers building stadiums for the 2022 World Cup in Qatar. “Ultimately, our own complicated relationship with sport is revealed, as we see its power to unite and divide society by turns,” noted the film’s website.

Professional soccer is big business, and clubs are increasingly using portions of their proceeds and their influence to address social concerns, said representatives from Spanish mega clubs Real Madrid Club de Fútbol and Fútbol Club Barcelona, who discussed their respective outreach campaigns. Barcelona has developed an anti-bullying program, and Real Madrid works with schools, hospitals, and prisons, said Emilio Butragueño, head of the club’s foundation. Still, the former Real Madrid striker acknowledged that more is needed. “We don’t think we are doing enough. … There are a lot of people waiting for help.”