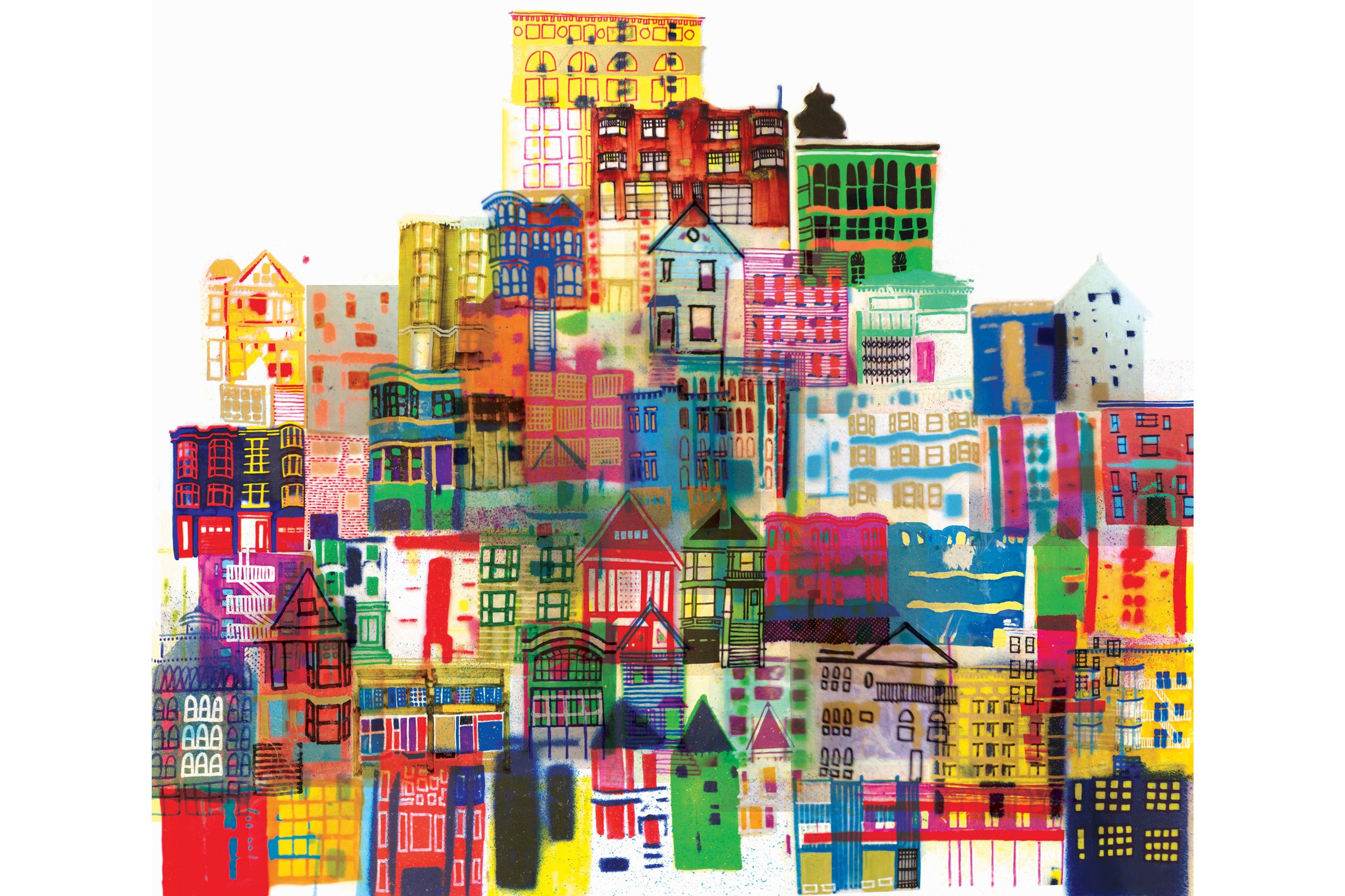 The human microbiome, the vast collection of microbes that colonize the surfaces lining our skin and many of our other organs, is critical to sustaining our general health. At any one time, humans are host to 500–1,000 different species of bacteria, which together contain far more genes than our own genome does. Researchers have come to realize that no two individuals share the same microbiome, and that microbiome composition can change with diet, lifestyle, treatment with antibiotics and other drugs, and other factors.

But while links have been found between individual microbiomes and conditions as diverse as obesity, inflammatory bowel disease, arthritis, cancer, and autism, it had remained unknown whether the opposite also could be true, and microbiome could in some cases enhance health and physical performance.

“At the start of this project, we hypothesized that the microbiomes of elite athletes must have highly adjusted bacterial species in common that could help with their performance and recovery, and that, once identified, these could become the basis of highly validated performance-enhancing probiotics,” said co-first author Jonathan Scheiman, a former postdoctoral fellow who initiated the project with George Church, a core faculty member at Harvard’s Wyss Institute for Biologically Inspired Engineering and a professor at Harvard Medical School (HMS). Scheiman is also the CEO of FitBiomics Inc., and himself a former professional basketball player.

Now, a highly collaborative team of researchers led by Scheiman and Church at the Wyss Institute and HMS and Aleksandar Kostic at Joslin Diabetes Center in Boston have pinpointed one specific group of bacteria, called Veillonella, that they found was enriched in the gut microbiomes of Boston Marathon runners after they completed the race and in an independent group of 87 elite and Olympic athletes after competitions. Veillonella bacteria isolated from marathon athletes and given to mice increased the animals’ performances in laboratory treadmill tests by 13 percent compared with control bacteria. The study was published today in Nature Medicine.

“We were able to demonstrate that the Veillonella-driven performance boost was due to the bacteria’s ability to break down lactate, a metabolite known to accumulate with prolonged strenuous exercise, and to produce propionate, a short-chain fatty acid (SCFA), that in turn enhances the body’s resilience to exercise stress,” said Kostic, a co-corresponding author and assistant professor of microbiology at the Joslin. Kostic studies computational and experimental approaches geared at better understanding the relationship between the human microbiome and metabolic diseases such as diabetes.

In their initial analysis, the researchers analyzed the runners’ microbiome composition of 2015 Boston Marathon runners by determining the DNA sequences of an omnipresent but highly species-specific cluster of genes from bacteria obtained from their stool samples. “Collecting samples daily throughout the week before the run and the week following the run and analyzing them with the help of Aleksandar’s bioinformatics pipeline enabled us to identify meaningful fluctuations within the entire microbiome, with the increase in the Veillonella genus as the most prominent one,” said Scheiman.

Veillonella’s ability to consume lactate as an energy source was known, but the team went a crucial step further. They demonstrated that one single species of Veillonella, V. atypica, which they isolated from athletes’ microbiomes and added to the intestinal microbiomes of mice, by itself could boost the animals’ performance in the treadmill running tests.

Key bioinformatics analysis and animal experiments were carried out by co-first authors Jacob Luber and Theodore Chavkin, both graduate students in Kostic’s group.

But how? With lactate being produced in working muscles, circulating through the vascular system, and being cleared by the liver, and the bacteria residing in the intestinal lumen, there was no obvious connection. Indeed, the team provided the first evidence that lactate can actually cross from the circulation through the intestinal epithelial wall into the gut lumen, where it becomes available to Veillonella and possibly other bacteria. Interestingly, the bacteria did not act as a “lactate sink” causing a sizable drop in systemic circulating lactate levels. Rather, it was a product of the bacteria’s lactate fermentation, the short-chain fatty acid propionate, that crossed back from the gut lumen into the circulation to enhance performance.

Veillonella bacteria isolated from marathon athletes and given to mice increased the animals’ performances in laboratory treadmill tests by 13 percent compared with control bacteria.

The collaborators showed that propionate, when instilled into the intestinal lumen of mice, can reproduce many of Veillonella’s effects, like the increase in treadmill run time to exhaustion and a decrease in the levels of common inflammatory markers in the intestinal tract that rise during and after extreme athletic performances and treadmill running in the mouse model. “We think that propionate could exhibit its performance benefits by counteracting inflammation, serving as an energy source for the body, and other as yet unknown effects,” speculated Kostic. “Of note, higher exercise capacity strongly correlates with milder progression and greater longevity in diabetes patients, which could potentially make a probiotic Veillonella approach therapeutic.”

“The study nicely validated our original hypothesis and provides one of the most compelling examples of ‘metabolic symbiosis’ between the human host and microbiome that could be broadly harnessed as a probiotic strategy not only for athletes, but also to improve health in patients,” said Church, the co-corresponding author as well as a professor of genetics at HMS and of health sciences and technology at Harvard University and the Massachusetts Institute of Technology and the lead of the Wyss Institute’s Synthetic Biology Platform. “Now that we have built out a platform for identifying microbes associated with extreme performances, we can explore the microbiomes of other types of extreme athletes or individuals that are highly adapted to environmental challenges, uncover additional beneficial functional links and work towards translating them into probiotic treatments.”

Scheiman and Church are co-founders of FitBiomics, Inc., a microbiome biotechnology company targeted at athletes. Scheiman, Church, and Kostic hold equity in the company.

“This is a wonderful example of how our institute provides creative young scientists with the freedom to follow their unconventional ideas wherever they might go. Scheiman’s passion for sports and science merged in a such a wonderful way, and by collaborating with other outstanding scientists, each bringing his or her own expertise, a major discovery resulted that has the potential to change the quality of life of many people around the world using a low-cost probiotic approach,” said Wyss Institute Director Donald Ingber, the Judah Folkman Professor of Vascular Biology at HMS and the Vascular Biology Program at Boston Children’s Hospital, as well as professor of bioengineering at the Harvard John A. Paulson School of Engineering and Applied Sciences. 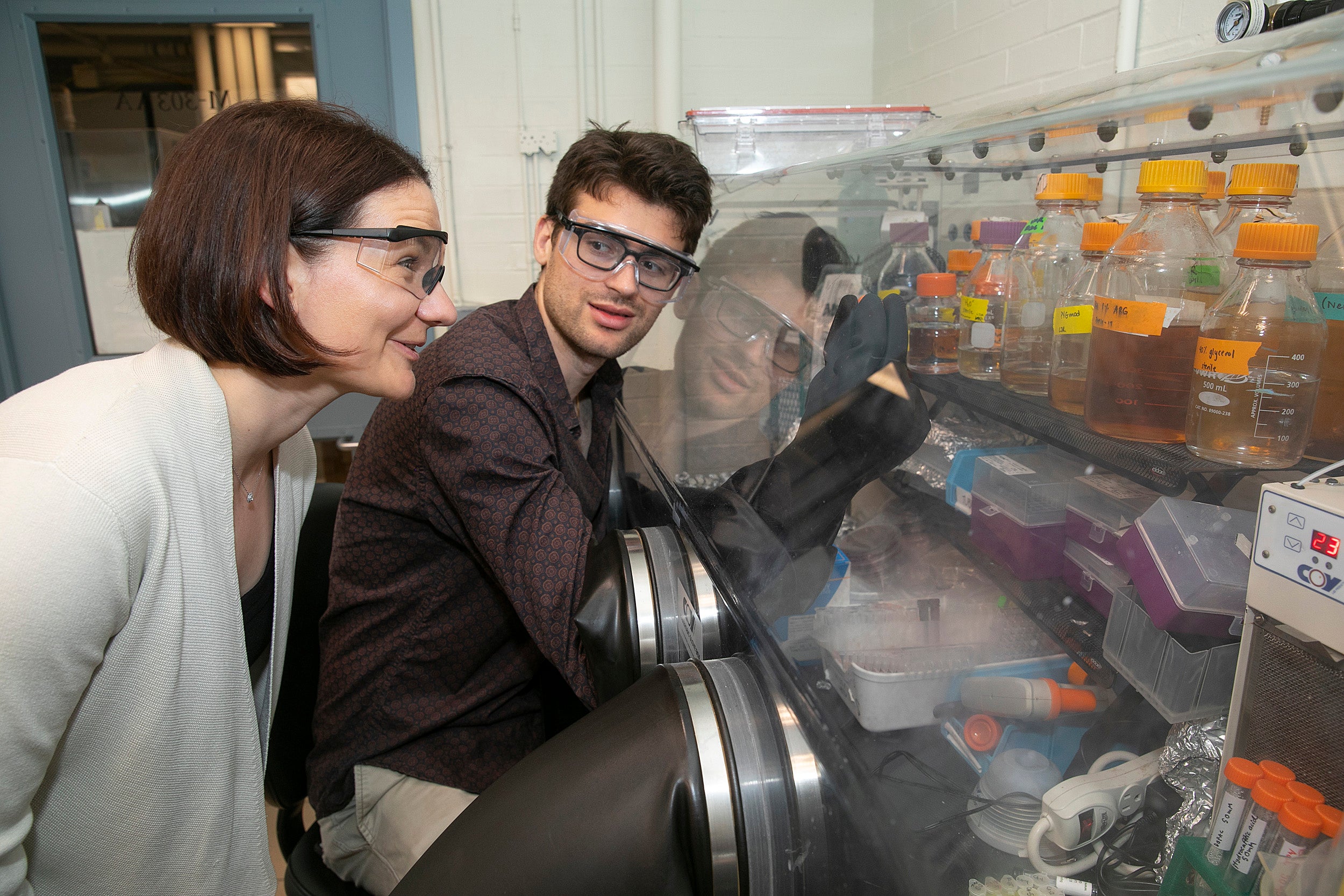