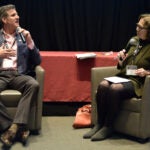 The speed of the human brain is remarkable. Almost immediately upon being exposed to stimuli, neurons are activated, prompting subconscious reactions and, a fraction of a second later, thought. But the speed at which we can noninvasively follow brain function using an MRI is not as impressive. Functional MRI (fMRI), which measures changes in blood-oxygen levels, has revolutionized neuroscience by revealing functional aspects of the brain, but the vascular changes fMRI measures can take up to six seconds in humans — a veritable eon in brain time.

In a paper published in Science Advances, investigators from Brigham and Women’s Hospital, in collaboration with colleagues at King’s College London, the French human-health research organization Inserm, and elsewhere, have discovered a fundamentally new way to measure neuronal function using a technology that can pick up changes in the brain as much as 60 times faster. The team presents data from preclinical studies indicating that the technique can track brain activity within 100 milliseconds of stimuli being applied.

Magnetic resonance elastography (MRE), which creates maps of tissue stiffness using an MRI scanner, was developed in 1995 by researchers at the Mayo Clinic and was initially applied to studying liver fibrosis. “MRE has been applied to a number of things, including, more recently, the brain,” said Sam Patz, a physicist in the Brigham’s Department of Radiology and a professor of radiology at Harvard Medical School. “But no one had observed regional changes in brain-tissue stiffness in relation to neuronal activity. We didn’t even know that happened in the brain on a scale that would be reflected in an MRI scan.”

Initially Patz, a co-corresponding author of the paper, was just trying to get MRE working at the Brigham, and had planned to study scar tissue in the lungs. “But using this type of imaging technology to look at the lungs involves subjects breathing a special gas that’s made in the lab with a laser, and it’s a logistical nightmare to get both of the technologies going simultaneously,” he said. “So we decided to start with the mouse brain instead because it didn’t involve using a special gas. We skipped the lungs and went right to the brain, and because of this exciting result we’ve stayed there ever since.”

Since it was Patz’s first foray into MRE scans, he teamed up with a colleague, co-corresponding author Ralph Sinkus, who is a pioneer in the technique. Sinkus, a physicist and professor at King’s College London, played a key role both in getting the MRE research program started for preclinical testing in Patz’s Boston-based lab and in carrying out the research being reported. The work is the culmination of the five-year collaboration between the two men and other colleagues from Boston and Europe.

The exciting result the team saw was that the anesthetized mouse’s auditory cortex — a part of the temporal lobe that processes information that comes in through the sense of hearing — was stiffening, and initially no one knew why. “There was no reason in the beginning to think a stimulus would cause a change in brain stiffness,” said Patz. “We were just looking to use normal MRE scans to measure the elasticity in a fixed state. In fact, we expected that all cortical regions of the brain would have the same stiffness and hence we wondered why that particular part of the brain was stiffer.”

Patz had a hunch that the loud noise from the MRI scanner was causing the auditory cortex in the anesthetized animal to stiffen. He then did an experiment where he plugged one of the mouse’s ear canals with a gel. Sure enough, when he took another “elastogram” of the mouse’s brain, he could see that the auditory cortex on the hemisphere that processed sound from that ear had begun to soften. “That’s when I knew we were onto something that was potentially revolutionary.”

“The results were so unexpected that we had to pursue them,” said Sinkus, “and this observation is what sparked everything else.”

The work, which started out as an intuition and is now being borne out by rigorous experiments, represents the collaboration of an international team dedicated to pursuing this new way of imaging brain function. “This work is the result of a very strong collaboration with the Sinkus group,” said Patz. “In fact, Professor Sinkus right now is in Oslo getting more human functional elastography data.” The team is currently studying the technique in human participants both in Boston and Europe.

In preclinical studies, this initial observation has been replicated, showing which regions of the brain stiffen or soften under various types of stimulus timing. For example, the team also used the new protocol to compare the stiffness of the brain in two different functional states that correspond to a stimulus applied or not applied to the hind limb in mice. The researchers present data showing that modulating the stimulus influenced the location, phase, and intensity of the elasticity changes seen in the brain, meaning that scientists can visualize regional responses in the brain as they unfold at high speed. “The intriguing novelty of this approach is that the stiffening and softening of specific brain regions persists even when stimuli as short as 100 milliseconds are presented to the mouse,” said Patz.

For these experiments, the Patz group developed a new apparatus to apply tiny mechanical vibrations to the mouse brain. The Sinkus team developed a new mathematical approach to calculating functional elastograms from the raw data, as well as an elastography device for humans about the size of a pack of cigarettes. It’s held up to the head using a swimming cap during the MRI to create mechanical waves that travel through the brain. “It’s a little more aggressive than a nice head massage but no one has really complained,” said Patz. 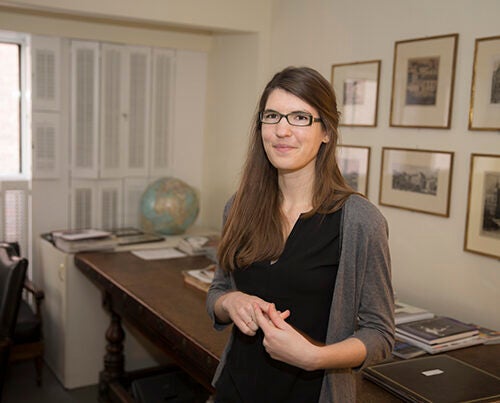 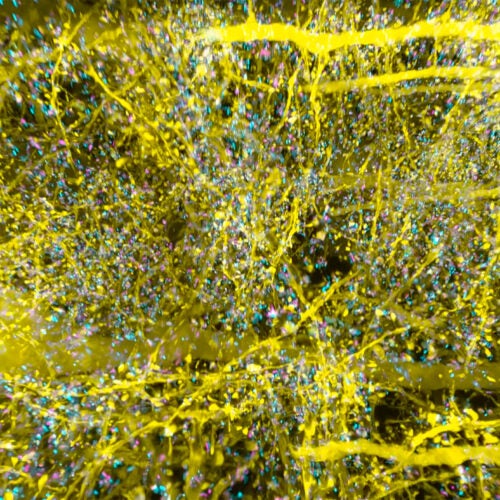 Sinkus and Patz agreed that the changes in stiffness parallel neuronal activity, allowing one to “see the brain thinking,” in Sinkus’s words, in almost real-time. The new technique is expected to have implications for diagnosing and understanding conditions in which neuronal activity may be slowed, disrupted, or rerouted, such as multiple sclerosis, epilepsy, Alzheimer’s and other forms of dementia, and even psychiatric disorders. “The data we are publishing was obtained in mice,” said Patz, “but translation of this technology to humans is straightforward and initial studies are currently underway.”

The new technology has shown neuromechanical changes in the brain that link to neuronal activity as fast as 100 milliseconds but, said Patz, “We now have preliminary data that can test neuronal changes much faster, as fast as 24 milliseconds.” He expects, too, that elastography will become much more commonplace. “We look forward to working with clinicians to applying the technique to various diseases,” he said.

Funding for this work was provided by the National Institutes of Health, the European Union’s Horizon 2020 Research and Innovation program under grant agreement No 668039, German Research Foundation, Brigham and Women’s Hospital Department of Radiology and Boston University Department of Engineering, the Wellcome/EPSRC Centre for Medical Engineering, and the European Union Seventh Framework Programme.