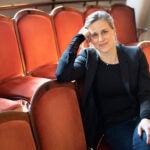 Creating and performing music can seem far removed from efforts to promote social justice, but two prominent speakers urged an audience at Harvard Business School Wednesday to see them as intimately related pursuits.

Renowned cellist Yo-Yo Ma ’76 and Deborah Borda, president and CEO of the New York Philharmonic, in a conversation moderated by Harvard Business School Professors Rohit Deshpandé and Henry McGee, discussed the ways in which “citizen musicians” can help build a more just and free society as an extension of their work as artists.

“What the New York Philharmonic is doing, and what I’m devoting the rest of my life to doing, is really thinking about social impact,” Ma said. “I’m not doing this because I need a job.”

Ma said embracing the issues of the world was natural for a musician, and dismissed the idea of “art for art’s sake.”

Borda spoke of the New York Philharmonic’s efforts to engage with social issues, including gender equality. Recognizing that “all the music we play was written by men,” the organization is launching an initiative next year — the 100th anniversary of the 19th Amendment, which gave women the right to vote — to have 19 women write major world premieres for the orchestra.

“We are thinking about how we can partner in other ways to broaden this conversation … because our world has been changed now by #MeToo,” she said.

Ma has incorporated the goals of social justice and peace into his musical work through Silkroad, the nonprofit he founded that gathers musicians from around the world to create music together that draws from their varied cultural traditions.

Through its diversity, the ensemble in its performances helps show that, “It’s not about who you are,” Ma said, “it’s about what you’re doing together and how you’re doing it.”

Additionally, through the Bach Project, Ma is performing Bach’s 36 pieces for solo cello in one sitting, at 36 locations worldwide over the course of two years. The project includes a “day of action” at each location in which participants discuss and collaborate on ways culture can help build a better future.

“In my mind, there’s no separation,” Ma said of music and civic engagement, noting how that connection has been a revelation to him. “I’ve been in conflict all my life thinking that I did one thing that I love to do, I care deeply about other things, but the two didn’t really connect too much. For the first time in my life, I’m not conflicted.”

In the places he has visited with the Bach Project, from Flint, Michigan, and Youngstown, Ohio, to Leipzig and Mumbai, the issues differ, but “really it’s about coming together with pride and dignity in order to build something that’s totally fundamental.”

Ma said he was inspired by a day he spent in California with Los Angeles Philharmonic violinist Vijay Gupta, who founded a “Street Symphony” that performs at jails, shelters, and other sites. When they toured a women’s prison, Gupta “spoke from the heart” to the inmates, Ma recalled.

“I call that just being a human being,” he said. “The fact that we were in a prison did not mean that the people incarcerated were any less human or deserved to be treated with anything less than the utmost dignity.”

The conversation also touched on the ways music affects people, including by spawning thoughts and ideas. 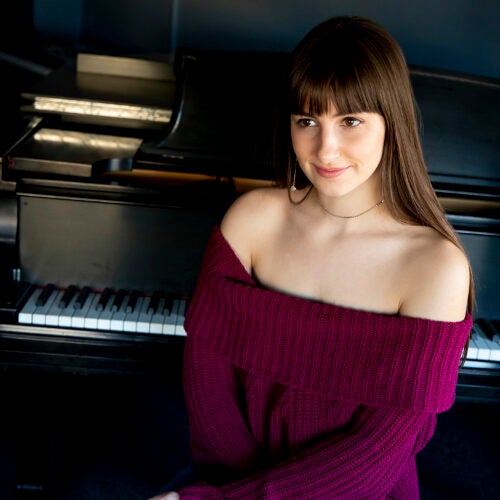 Borda said she found interesting “the different reactions people have to the same piece of art set in different moments and in different ways.”

“Whether it’s hip-hop or classical music, it does something to us,” Ma said, reflecting on how people experience the world through their senses. “We treasure analytical thinking. But what motivates analytical thinking? What gets you to say, ‘I’m really going to look at this thing?’”

In a surprise finale to the event, Ma, who had departed the stage, reappeared with his cello to perform a solo piece. His selection, “The Song of the Birds,” is a Catalan folk song written by the cellist Pablo Casals that evokes the need for freedom.

“As you know,” Ma said, “birds fly through borders. So I hope for all of you that in your work and in your life that you can create that kind of flight for the people in your lives and the people you affect.”