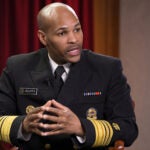 Poet and Harvard Professor Henry Wadsworth Longfellow famously said, “Music is the universal language of mankind.” A new Harvard study suggests he may have been right.

The finding suggests that not only is music deeply rooted in human nature, but that some types of songs transcend cultural boundaries. The study is described in a Jan. 25 paper in Current Biology. 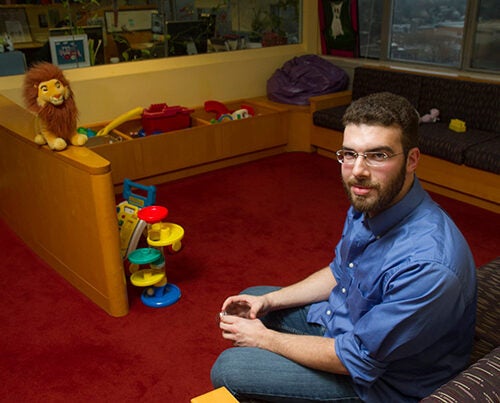 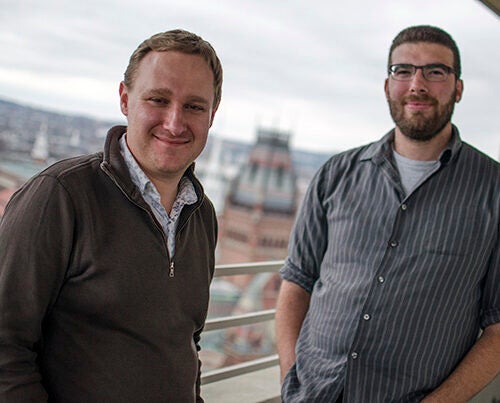 “It seems like all humans make music in some way or another,” Mehr said. “But there’s not great empirical evidence for whether or not the different types of music they make share features across cultures. One way to test that is with this type of naïve listener experiment … and the results suggest that, in some cases, the answer is yes.”

The findings are based on a wide-reaching experiment in which 750 online participants in 60 countries listened to brief excerpts of songs collected from nearly 90 small societies around the globe, including hunter-gatherers, pastoralists, and subsistence farmers.

Participants then answered six questions, rating each clip on a six-point scale according to whether they believed the song was used for dancing, soothing a baby, healing illness, or expressing love. Two additional uses — mourning the dead and telling a story — were included as controls.

A data science postdoctoral fellow with the Harvard Data Science Initiative, Mehr said the data showed that — despite participants’ unfamiliarity with the cultures, the random sampling of each song, and the short duration of the samples — people were able to reliably infer the songs’ functions, and their ratings were consistent across the globe.

Mehr, Glowacki and Krasnow had also surveyed academics — including ethnomusicologists, music theorists, performers, composers, psychologists, and cognitive scientists — about whether they believed people would be able to identify the song types.

“We gave them an idealized version of the experiment we ran,” Mehr said. “Imagine you have unlimited time and resources, and the ability to record every song that’s ever been sung from every culture, and could take those and play them for people all over the world.

“The question we asked was, if we play those recordings for people, are they going to be able to tell … this is a lullaby or this is for dancing?” he continued. “Predominantly among ethnomusicologists, the answer was no. And not only that, but they predicted that people’s responses will be inconsistent with one another. That’s not what we found.”

Singh also wanted to know whether listeners were recognizing certain non-musical characteristics of the songs — lullabies are typically sung by one woman, for example, while dancing songs more often involve a group.

“The question then was if people are able to do this, how on earth are they doing it?” Singh said. “How is it that a guy in Tallahassee can recognize a dancing song from a hunter-gatherer tribe from Southeast Asia whose culture he knows nothing about?”

To test that, the team conducted a second study. This time, they asked listeners about a number of contextual and musical features, ranging from the number and gender of the singers to the tempo and melodic complexity of the song.

“From all these, we get a very simple and rudimentary analysis of each song,” Mehr said. “It turns out when you ask people these very simple questions about songs, they agree with each other very highly. Even on really subjective musical features, like melodic complexity, they tend to make consistent ratings with one another.”

When data from the two studies were combined, the results showed that songs of the same function shared similar characteristics — lullabies, for example, tended to be slower and melodically simpler than dance tunes — suggesting that something about musical characteristics crosses cultural boundaries.

“It seems like all humans make music in some way or another. But there’s not great empirical evidence for whether or not the different types of music they make share features across cultures. One way to test that is with this type of naïve listener experiment … and the results suggest that, in some cases, the answer is yes.”
— Samuel Mehr

Mehr said the researchers were able to draw their wide-reaching conclusions because the songs used in the study were drawn from the discography of the Natural History of Song, a Harvard-based project that creates rigorously constructed databases of ethnographic text about music and audio recordings of music.

“We assembled all of the examples of music in a systematic way, so that inferences drawn from the whole discography are generalizable to humans as opposed to merely the cultures that were studied,” said Mehr, who directs the project with Singh and Glowacki, who is now a research fellow at the Institute for Advanced Study in Toulouse. “This has been a problem in music research in general. The studies that have been pitched as studies of universality in music have typically included only a handful of cultures, or didn’t systematically sample different genres of music in a principled fashion.”

Going forward, the team hopes to conduct more in-depth analysis of the music collected for the Natural History of Song, and do additional studies to improve the inferences about music’s ability to cross cultural boundaries.

“One weakness of this study is that the listeners we’re sampling from are people on the internet, so they all have access to things like YouTube, and they probably are all familiar, say, with Taylor Swift,” Mehr said. “Do the results tell us about the design of the human mind, or do they tell us about what modern listeners hear in the music of the world?”

To address that, the team is working to translate the studies into more than two dozen languages and run online experiments in many more countries. Singh and Glowacki are also working to bring the study into the field by playing song excerpts for members of small-scale societies in Indonesia, Ethiopia, and elsewhere.

“That is the most exciting part,” Mehr said. “Because these are people who have had little exposure to the internet or radio or Western culture. The only music they know is their own music. We’ll find out whether they share the same conceptions of form and function in music with our English-speaking internet users.”

In the end, Mehr said, the study and others like it will enable scientists to form a foundation for answering a number of long-running questions about music and its evolution.

“That’s one of the most important contributions we’d like to make to the field,” he said. “This kind of basic, cross-cultural fact-finding about human behavior is the first step in developing a new science of music.”