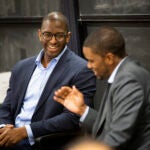 Lessons from a gubernatorial loss

As he introduced “Hanoi Summit: The Start of Real Negotiations?” on Thursday morning, Reid Pauly quipped, “It’s a good thing we put a question mark in the title.”

Pauly, a fellow at the Harvard Kennedy School’s Belfer Center for Science and International Affairs, may have been joking, but the interrogative hung over the panel on Thursday in the wake of the sudden end of the Trump administration’s second U.S.–North Korea summit.

The Harvard Korea Working Group seminar at the Belfer Center was convened to assess the outcomes of the summit, but the four panelists found themselves instead weighing the results of the aborted meeting between President Trump and North Korean leader Kim Jong-un. Although the summit’s sudden end is widely seen as a failure, the panelists’ take was generally upbeat.

“Contrary to much of the headlines, I think this was a great success,” said Katharine Moon, Wasserman Professor of Asian Studies at Wellesley College and a nonresident senior fellow at the Brookings Institution. She said she has drawn several conclusions from the talks, all of which point to the resumption of more normal diplomacy.

“Donald Trump finally encountered the fact that his self-dubbed charm offensive has its limits and now real experts need to do the work,” she said. Attempting to go it alone, she said, Trump “confronted the real North Korea, which plays hardball,” including “evidence that North Korea does not have intentions to give up or bargain away its nuclear capabilities.” In fact, the decision to pull out was a sign of that progress, in that Trump, who reportedly may have been tempted to seek a deal at any cost, was “reined in” by his senior advisers, she said.

Gary Samore, co-chair of the Kennedy School’s Korean Security Study Group, was equally optimistic. “This could turn out to be a very positive learning experience for both leaders,” he said. “It wasn’t just that Trump now recognizes that personal chemistry and warmth are no substitute for preparation, Kim Jong-un has learned that he can’t just deal with Trump directly and circumvent the rest of the U.S. government.”

For historical perspective, William Tobey, co-chair of the Korean Security Study Group, brought up Ronald Reagan’s 1986 summit with the Soviet Union in Reykjavik. That summit was “widely seen as a failure,” said Tobey, who served on the national security council under three presidents, but ultimately it resulted in the Intermediate-Range Nuclear Forces Treaty of 1988. “This is the start of negotiations,” said Tobey. John Park, director of the Korea Project, agreed, adding, “It wasn’t a single summit, but a process.”

Still, what will happen next is unclear. Panelists reported scanning the official North Korean news site for any developments — but as of Thursday morning, the celebratory announcements of the summit’s start had not yet been updated. While the U.S. is calling the summit a failure, said Samore, “We don’t know what the North Korean version is,” or how the country will spin its abrupt ending.

Samore shared an optimistic note: “Trump walked away in a very gracious way, showering compliments on Kim Jong-un,” he noted. “In terms of diplomacy, it was the right way.”

Any next steps may have to happen soon. “Trump has a limited amount of time,” said Moon. With political problems and the 2020 elections looming, he probably has until next fall to make any further progress, she and others agreed.

Kim, however, is seen as having more leeway. “He’s already tested a thermonuclear device,” said Samore, adding that China and Russia have already reduced sanctions and that China, in fact, may secretly be providing additional subsidies.

A wildcard, as several panelists also noted, is that Kim has prioritized building up North Korea’s economy. Indeed, visits to Vietnam’s economic centers by Kim and members of his entourage appear to be continuing, despite the summit’s end. This may provide an impetus to further diplomacy. But complicating the economic factor is that “we’re in the middle of a U.S.–China trade war,” said Park. “If we weren’t, the subject of secondary sanctions would be interesting.”

Overall, the panel agreed that the current dual freeze is likely to last, with Kim holding off on additional testing and U.S.­–South Korea military exercises kept to a minimum. This, they said, may simply be what real diplomacy looks like. Even as the U.S. might look back at Reykjavik for a precedent, North Korea may be examining the experience of its own allies. “It took seven years from when Nixon went to China to normalize relations,” Park pointed out.

“We’re headed toward a return to normalcy of doing staff work,” said Tobey. 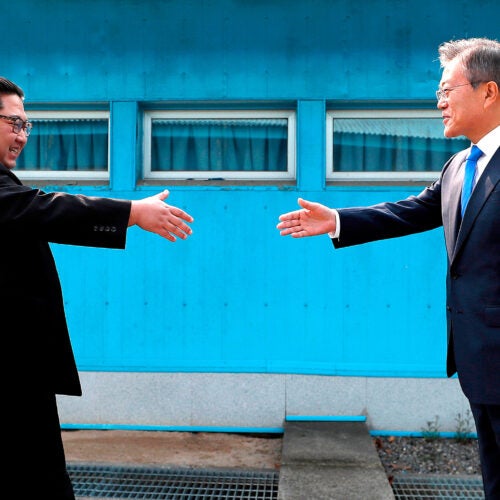 A historic summit, with uncertain outcome 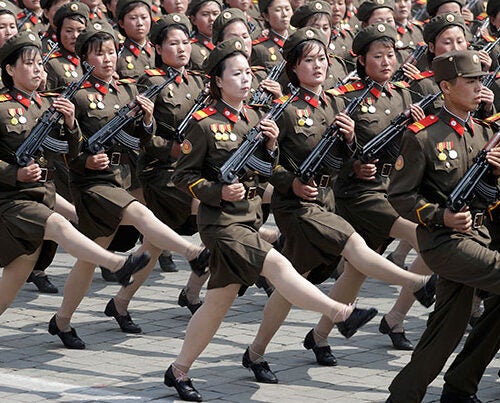