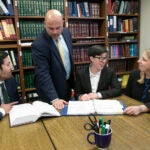 It took less than 90 minutes before students in Miaki Ishii’s first-year seminar started to talk openly about revolt.

The unrest, however, wasn’t due to any political issue currently making headlines, but to a small room in Harvard’s Geological Museum and a handful of their classmates.

As part of the class “GeoSciFi Movies: Real vs. Fiction,” students took part in a role-playing game that saw them acting as citizens of the island of Montserrat, the tiny country’s government, and a group of scientists monitoring the island’s volcano.

Over the game’s five 15-minute rounds, each group requested funding for various projects — a new water treatment plant for the community, volcano monitoring instruments for scientists, or new ambulances for the hospital — which had to be balanced against the government’s limited budget. Complicating matters, the island also faced devastating natural disasters over the course of the game, including a powerful hurricane and a massive volcanic eruption.

It wasn’t long before things started to go sideways.

The “community” swiftly grew skeptical of the government’s ability to quickly and effectively respond to pressing environmental concerns.

“The community group was constantly questioning the government’s ability to protect its citizens from natural hazards,” said Varun Tekur, who played a community member. “We expected our needs to be served regardless of the government’s budget, and this did not happen.”

When the funding for the promised water treatment plant failed to materialize at the start of the second round, community trust in the government plummeted and protests began to break out. By the next round, an uprising seemed inevitable.

“Can we just revolt against the government?” asked Charlotte Berry. “Can we start a coup?”

Before the end of the game, it actually happened — community members seceded and formed the Montserrat People’s Front, rejecting the existing government as illegitimate.

Students in the government group, meanwhile, grew frustrated with the short news items produced by the community, which featured headlines like “LIES and Lack of Concern from the Government” and “Possible Embezzlement and Fraud in the Highest Level of the Government.”

In the face of such turmoil, the warnings from students portraying scientists seemed to fall on deaf ears.

By the fourth round, all three groups came together to make one final decision — with scientists warning of an imminent eruption of the island’s volcano, they needed to formulate a plan.

In the end, the students playing the government chose to evacuate to the northern tip of the island in an effort to avoid the pyroclastic flows — deadly masses of hot ash, rocks, and gases traveling at the speed of a train — produced by the eruption.

That decision paid off in the end: When the students’ score was tabulated, the class got an impressive 12 out of 25 — the best score of any of the four classes Ishii has led through the game.

In addition to providing an enjoyable hands-on experience for the students, the game also taught them a sobering lesson when, afterward, Ishii played a handful of video clips that showed some of the effects of the 1995 Soufrière Hills volcanic eruption, which left most of Montserrat uninhabitable.

“I could not believe that all that was left was a church tower peeking out of the ground,” said Oliver Hollo. “All these people’s livelihoods were altered, destroyed, and forever different. They had to start a new life because of this disaster.”

“The video at the end hit really hard,” added Jania Tumey, “and there was a real sense of immediacy with this game.”

“For me, the biggest thing as a student was that growing up we see all these natural disasters, and we wonder why there isn’t a plan for relief or more resources allocated to a particular source,” said Nadine Lee. “But after this you realize that even if you can allocate resources, there are repercussions, economic and otherwise, we may not think about.”

As their generation struggles to deal with the impacts of climate change, Berry said, it may be important for more people to understand the complex considerations that go into preparing for and dealing with disasters.

“This will definitely impact our generation,” she said. “So I think it’s important for young people to do things like this and learn more about what goes on behind the scenes, and how hard it is to coordinate disaster relief between multiple groups of people.”

Drew Kelner, a member of the scientists group, agreed.

“It amazed me how hard it was to get funding for projects I, as a scientist, knew would clearly benefit the safety of the whole island,” he said.

Riding — and reading — the Earth tide 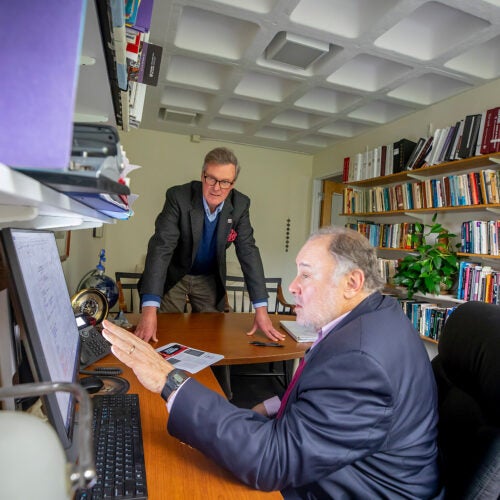