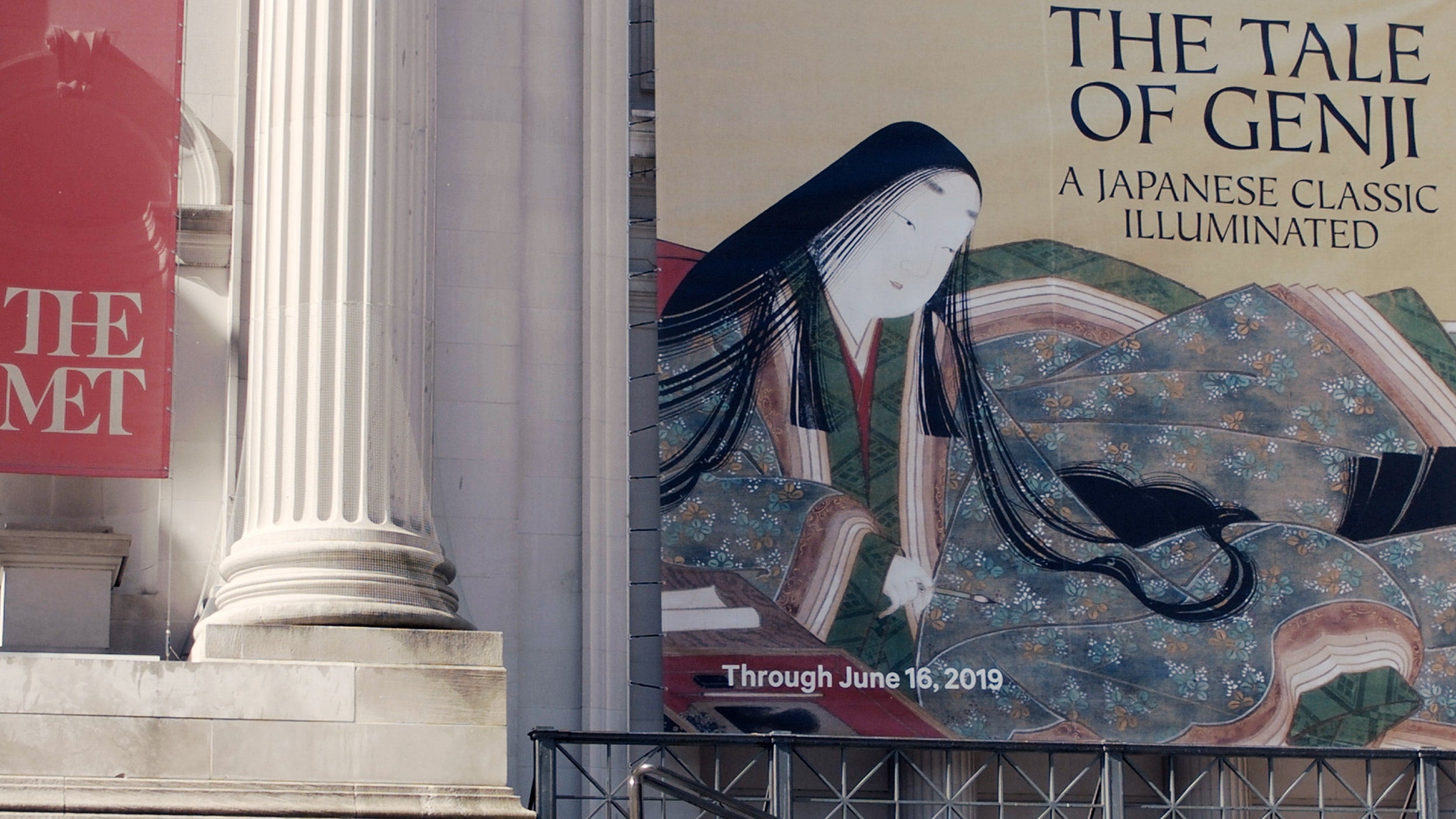 The islands of Polynesia stretch over thousands of miles of ocean, presenting a daunting barrier to ancient people before the invention of magnetic compasses and modern navigation equipment.

Yet early Europeans exploring the Pacific found island after island full of people who shared similar customs and beliefs despite their far-flung distribution. They told tales of epic voyages of discovery and colonization, undertaken in ocean-going canoes, robust enough to make the trip but fragile enough to make some Western scholars doubt they could have made the crossing, preferring instead a narrative of accident and drift.

Who the Polynesians were, where they came from, and how they navigated such formidable seas has puzzled explorers, missionaries, anthropologists, and archaeologists for centuries.

In her book “Sea People: The Puzzle of Polynesia,” Harvard Review editor Christina Thompson examines what’s known about what might be humanity’s most epic migration, and what questions remain. She also explores the investigation itself, how different times and changing Western assumptions colored the inquiries into native peoples’ abilities and their past, and how sometimes the right questions were asked, even though the tools didn’t yet exist to answer them.

GAZETTE:  You wrote that “Sea People” is about the “sheer wondrousness of the improbability” of the peopling of Polynesia. What was so wondrous about it?

THOMPSON:  First of all, it’s the distance, the sheer distance. Once you get out to the far reaches of the Polynesian Triangle [bounded by New Zealand, Hawaii, Easter Island], you’re talking about distances of over 2,000 miles between some of the islands. The idea that anyone would first explore out that far and then would go back and forth, and develop a navigational capacity that would enable them to do that sort of thing, it was just mind-bending to me.

So distance was a piece of it. Then, although people make a great deal about the fact that they didn’t have metal tools, I think the thing that was most interesting was they didn’t have writing. They had to not only develop that navigational capacity, they had to pass it on. If you think about how they did that in an oral culture, that also seems amazing to me.

“The idea that anyone would first explore out that far and then would go back and forth, and develop a navigational capacity that would enable them to do that sort of thing, it was just mind-bending to me.”

GAZETTE:  The book deals also with the flip side of that wondrousness, the Western skepticism that an “unsophisticated,” “primitive” people could manage this feat. What underlies Western skepticism? Was it also wonder at the distances involved? Or was it rooted in racism, in ignorance? Why not just take folks at their word when they say they did it?

THOMPSON:  There was a lot of skepticism, and I think that was basically rooted in a sense of Western superiority and classic colonialism and that set of attitudes. But one of the things that I think is misunderstood is that this was not a uniform view. There are periods, at the end of the 18th century and in the 19th century, when Europeans who were interested in this subject were actually not that skeptical at all of Polynesian voyaging capacity.

Some of the 19th-century figures I write about took for granted — completely — that Polynesians had been the greatest navigators ever. They were convinced that they had sailed these distances and they had gone back and forth repeatedly.

What I saw that sort of surprised me, because it ran contrary to the conventional wisdom, was a rise in skepticism in the 20th century. My interpretation is that this is because we’re actually moving away from understanding the people. We’re moving away in time from real contact with the islanders and a real understanding of what they were doing.

The earlier theorists of the 19th century had many bad ideas, but they did believe in Polynesian voyaging. And they were quite close to the people. They spoke the languages. They often married into these cultures. They were intimate with them. And they lived in a period before there was so much lost knowledge. So that was an interesting aspect of the story that I didn’t foresee.

GAZETTE:  Do we know why the Polynesians stopped voyaging?

THOMPSON:  No. There are some interesting analyses of climate and the idea that there was a “climate window” that was particularly conducive to these voyages, and it might have closed. But none of this is conclusive.

But why did they stop? It’s like the question of why they went.

GAZETTE:  That was going to be another question, so jump right in.

THOMPSON: The most logical answer is that they have a tradition of migrating. These are people who have been moving for a couple of thousand years. They have been migrating from island to island and they keep migrating until they run out of places to migrate to.

They seem to have an idea of what they’re doing and it may be propelled by what [Emeritus Professor of Archaeology at Australian National University] Peter Bellwood and others have called “a founder-focused ideology.” I always liked that idea. You have a culture that really values founder figures. The founder is next in line to the gods, and to be a founder could be a great ambition. You can sort of imagine that a younger son might go out and seek a way to become a founder figure. It’s sort of plausible, though it is a long way to go.

GAZETTE:  How risky were these trips? Were they so good at navigating that it was like walking down the street? Was it 50-50, but there’s glory at the end so what the heck? Or was it that only someone with the risk tolerance of a 22-year-old would undertake one?

THOMPSON:  Over the years various people have pointed out that these people are basically sailing into the wind and that it’s not so dangerous to explore into the wind because you can count on the wind to bring you home.

But, of course, there are places where there aren’t any islands. You can draw a line through the Marquesas from northwest to southeast and if you were to set out at any angle along that line, you would have to go 4,000 miles before you found anything. Which is a very long way to go, like you’re probably out of food and water at that point.

GAZETTE: Do you have a favorite part of the book?

THOMPSON:  Well, I have a real soft spot for Captain Cook. Then, intellectually, I was very interested in the middle part, which was about orality and literacy. And, of course, I love the story of the Hokule‘a [a Polynesian double-hulled canoe that was sailed from Hawaii to Tahiti in 1976 to test Polynesian navigation techniques] and all the navigational stuff. I wanted to have a thread that went all the way through about how Europeans and Polynesians had different ways of thinking.

GAZETTE:  The subtitle of the book is “The Puzzle of Polynesia.” What puzzle pieces remain unknown?

THOMPSON:  There’s an argument about evidence from ancient DNA right now. There’s not very much ancient DNA from Polynesia or even from the area slightly west of Polynesia, where the precursors of Polynesians came from. So everybody’s waiting for more DNA, more information. And there are still questions about Polynesian contact with South America that remain unresolved.

GAZETTE:  Tell me the story of putting the book together. Did you start right on the heels of your earlier book, “Come On Shore and We Will Kill and Eat You All”?

THOMPSON:  It took me about two years after that first book before I figured out what I wanted to write about next. Then it all came together at the same time. I got an NEA grant that enabled me to travel and, at the same time, I put the book proposal together and sold the book. 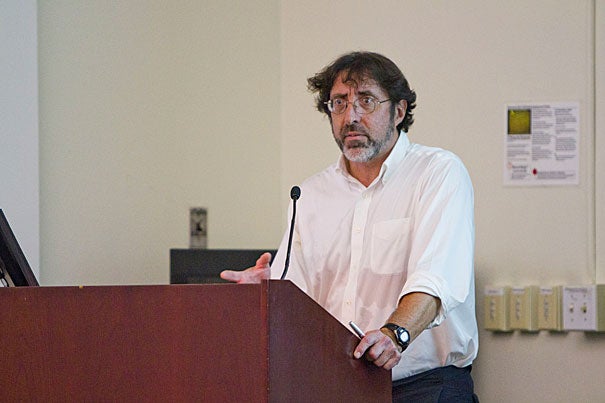 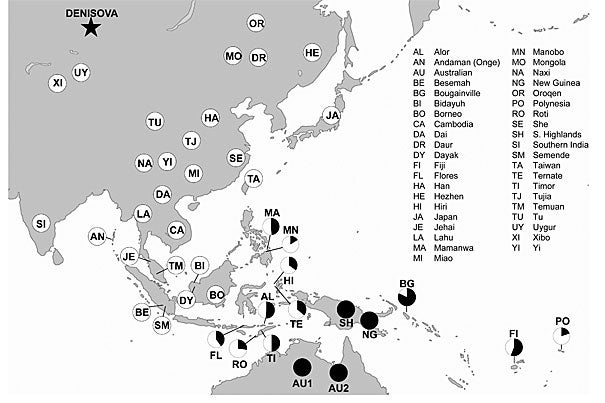 GAZETTE:  And how much travel did you do? Did you get to see a lot of these places?

THOMPSON: We went for eight weeks all over Polynesia. I couldn’t have really written this if I hadn’t done that.

We went to Tahiti, the Marquesas, New Zealand. I wanted to go to Tonga to see a makatea island (a raised coral platform) and to the Tuamotus to see an atoll. I really needed to see an atoll because I just did not understand what it was like. We also went to Vanuatu, where I saw the dig at Teouma [the site of the oldest known cemetery in the Pacific Islands, dating to the ninth and 10th century B.C.]. It was the last season before they closed it up, so that was very exciting. And we went to Kealakekua Bay in Hawaii to see the place where Cook was killed. So I had these specific goals, some of them were geologic and some of them were cultural.

GAZETTE: What do you hope readers of this book get out of it?

THOMPSON:  Part of it is just getting a glimpse of a piece of world history that a lot of people don’t know anything about.

In some ways I see it not so much as a story about Polynesians as a world history story. “We humans have done these things and this particular group of humans did this particular thing, and it’s pretty amazing. If you didn’t know about it, here’s a story you might like.” So that’s one piece of it.

And the other piece of it, which I didn’t really anticipate, is this idea that when you have a tricky intellectual problem like this, it’s interesting to watch people — especially over long periods of time — try to answer it with whatever they have at hand, given the state of knowledge and the technology at that moment. Because people are trying to understand things, but inevitably a lot of the time they get it wrong and they can’t see that they’ve got it wrong until later. So for me there’s a lesson in all of that, a lesson in intellectual humility.