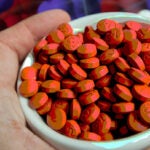 Use, abuse of Internet pharmacies

Star charts, compasses, sextants, even dead reckoning. For centuries, sailors have used one or all of those to determine their position on the globe and to help them navigate from one place to another.

In the Pacific Islands, however, sailors have long claimed to have something else in their navigational toolbox, te lapa — loosely translated as “underwater lightning” — flashes of iridescent light that appear in nighttime waters, and which some claim point toward nearby islands.

But could  “underwater lightning” be real? And could the strange phenomenon have helped lead wayward sailors to safe harbors for thousands of years? Might it even have played a critical role in human migrations through the South Pacific by pointing ancient peoples toward islands just over the horizon?

John Huth thinks so, and he may have come up with an explanation of what would cause it.

Huth, the Donner Professor of Science and creator of the popular “Primitive Navigation” course, spent most of last summer investigating the mysterious lights. His experiments suggest that they may be the product of millions of single-celled microorganisms called dinoflagellates, which emit light when subjected to pressure waves like those caused by darting fish.

“Initially, my interest in this grew out of my navigation course,” Huth said. “Being a physicist, I couldn’t help but come up with ideas for what it might be. I wasn’t completely convinced it wasn’t some form of bioluminescence that wasn’t commonly known. But people who describe it say it’s quite different from the kind of phosphorescence that gets kicked up in the wake of canoes or in waves at the beach.”

Huth is not the first to attempt to search for a cause for the lights. First described in the late 1960s and early ’70s by anthropologist David Lewis in a book on the navigation strategies of Pacific Islanders, the lights were initially dismissed as fantasy when other researchers reported that they were unable to see them. Some critics, Huth said, thought that pursuing “underwater lightning” was akin to chasing the abominable snowman.

Undaunted, Huth decided to try to settle, once and for all, whether the phenomenon was real. Among his first stops was the lab of J. Woodland “Woody” Hastings, the Paul C. Mangelsdorf Research Professor of Natural Sciences and an authority on dinoflagellates and bioluminescence.

“He gave me the ‘cook’s tour,’ if you like, of dinoflagellates,” Huth said.

A type of plankton, dinoflagellates are tiny, single-celled organisms that live in seawater. During the day, they move closer to the surface, where they use the sun’s energy to photosynthesize. At night, the creatures sometimes emit small flashes of light that look like sparks. When subjected to a pressure wave, however, they can emit long flashes of light.

Hastings eventually gave Huth a “starter kit” — a small sample of seawater filled with thousands of the organisms, which he “grew” over the summer, eventually producing approximately three liters of water. To conduct his tests, Huth filled a long trough with the water, and drew a segmented fishing lure, designed to mimic the darting motion of fish, through it.

“Sure enough, it looked, at least to my eyes, like underwater lightning,” he said. “We were able to capture it on video and have sent the video to people in the Santa Cruz reef islands who claim to have seen it [firsthand] to see whether or not it looks like what they think of as underwater lightning. This is what you might call an existence proof, that darting fish can produce something that looks like the phenomenon people have reported.”

But proving that underwater lightning may exist is only the first step. Proving whether the lights are actually a useful navigational tool, Huth said, will take more work.

“The next step is to see it in the field,” he said. “From there, you can begin to ask important questions about whether it is directional, and if it is truly directional, what causes the directionality.”

Though it is far too early to say what may be behind the phenomenon, Huth’s colleagues have suggested possible avenues for investigation.

“At this point, we are completely in the realm of conjecture, but some have mentioned that there are migratory fish, and in particular eels,” Huth said. “It’s conceivable that there may be fish that migrate from island to island. One candidate is the large spotted moray eel. Unfortunately, not much is known about its habits, but we do know that it is found in areas where underwater lightning has been reported, and that it is nocturnal.”

Huth is also working to gather reports in an effort to determine how widespread the phenomenon might be. Though the lights are most commonly reported in the Pacific Islands, Huth has found a report from 1727 that suggests underwater lightning has been spotted off the coast of Brazil.

“If you look at the migration of humans in the Pacific Islands, it required some purposefulness. In many cases, they had to sail into the wind and against the current,” Huth said. “It’s possible that some combination of factors — migratory birds, accidental drift, and also underwater lightning — were used by early navigators.”