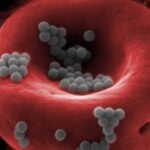 After four decades of fighting AIDS and the human immunodeficiency virus that causes it, the U.S. government is pressing forward with a plan to end HIV transmission in the country by 2030.

The plan targets about 48 “hotspots” where transmission is concentrated with enhanced surveillance and tracking, as well as stepped up prevention and treatment efforts. It dovetails with a similar international goal supported by the Joint United Nations Programme on HIV/AIDS (UNAIDS), which also seeks to greatly reduce transmission by 2030.

Max Essex, the Mary Woodard Lasker Professor of Health Sciences Emeritus and chair of the Harvard T.H. Chan School of Public Health AIDS Initiative, has been on the epidemic’s front lines from its start in the early 1980s. He was one of the first scientists to hypothesize that a retrovirus was the cause of AIDS and conducted early work that led to one of the first blood tests for HIV. Through the Botswana-Harvard Partnership, he conducted research on the global pandemic in southern Africa, among the world’s hardest-hit spots.

Essex talked to the Gazette about the Trump administration’s plan to end HIV transmission — announced during last month’s State of the Union address — its chances of succeeding, and what the approach of such a milestone means to those who’ve worked in the field for decades.

GAZETTE:  What was your reaction when you heard about the plan?

ESSEX:  I was a little bit surprised, but not hugely, because I think it was pushed hard by [Centers for Disease Control and Prevention (CDC) Director Robert] Redfield. Redfield has connections with Christian evangelical groups that he and others worked closely with in ’02 or ’03, during the second Bush administration, to set up the PEPFAR program [the President’s Emergency Plan for AIDS Relief].

I’m sure that constituency, with Tony Fauci [head of the National Institute of Allergy and Infectious Diseases], still exists, although it’s probably somewhat back-burnered by the others who are stronger voices in the Republican Party right now.

GAZETTE: How realistic is the idea that we can end transmission here in the U.S.?

Just as background, I’m on the UNAIDS advisory council. That was the group that initially proposed the 90-90-90 guidelines that recommend 90 percent of people who are HIV-positive in a given country should know they’re positive. Of those who are positive, 90 percent should be in treatment. And of those in treatment, 90 percent should be in complete viral suppression, meaning the treatment is working. And if the treatment is working, then they’re not infectious because virus levels in their body, including in reproductive tract fluids and blood, wouldn’t be infectious.

That’s because the more cases that you successfully treat, the more HIV-positive people you’re keeping on drugs for a long time, maybe a lifetime. So, the total number of people who are infected goes up because they’re not dying.

That plan has worked best in countries that have had the highest rates of infection — in southern Africa: Botswana, Namibia, places like that — where the populations were ready to be tested and get treatment and everything else.

ESSEX: Yes. We published a paper two or three years ago saying Botswana was almost at 90-90-90. The bottom line is that in places like that, in Namibia for sure and to some degree in South Africa and Swaziland and Zimbabwe, new infections are decreasing very dramatically, much more so than in the U.S.

One of the reasons is probably because they’re generalized epidemics that affect a large fraction of adults. In the U.S., it’s an uneven epidemic that’s concentrated in certain populations and some of the poorest sections of big cities, like Washington, D.C., and Baltimore, where there’s high injection-drug use. It’s also in other communities, not necessarily the biggest cities, characterized by higher rates of hepatitis B and things that are associated with injection transmission, as well as cities that have high rates of gay-men transmission and poverty-related transmission.

It’s logical the CDC would focus in on [those hot spots] because the CDC first gets the information through surveillance. They know which populations are most infected geographically, behaviorally, and otherwise. So, they are the most logical ones to draw up a plan that says we’re going to concentrate our resources for testing and “treatment as prevention” in those places where incidence is highest.

It remains to be determined how universally accepted the interventions will be by those communities.

GAZETTE: Is that the biggest hurdle? Community acceptance?

ESSEX: I think the biggest hurdle is participation by many in the highest-risk groups. That’s especially true in those places and for those subpopulations who’ve been most marginalized and outside of public health programs, like injection drug users who haven’t been exposed to clean needle exchanges and programs like that.

That’s going to be very uneven, according to different state [programs] and local stigma and things like that. It will take a fairly involved analysis and a lot of education of the local political establishment, as well as of the population at risk.

GAZETTE: And do you have a sense that the folks at the CDC and Health and Human Services and whoever else might be involved can pull it off?

ESSEX: Redfield is certainly very knowledgeable, appreciates the magnitude of the problem, and knows what to do. But the extent to which he’ll get cooperation from local and regional politicians in places where there’s still a lot of stigma and discrimination, whether it’s based on sexual orientation or injection-drug use or whatever else, is not as clear to me.

I think that’s a much bigger hurdle for places like the U.S. and other somewhat developed countries of the world as opposed to places like southern Africa, where it was a generalized epidemic early on.

GAZETTE: That’s an interesting distinction you’re making. It sounds like the characteristic of the epidemic in southern Africa that made it such an existential threat — that most of the transmission was heterosexual and it was in the general population — has also made these prevention measures easier and more acceptable to the general population there. Here, antiretrovirals came in right away and the epidemic flirted with crossing into the general population, but we managed to beat it back, and the fear of AIDS has kind of receded. Is that success in some ways working against us in these last phases?

ESSEX: Yes, though I’m not sure a lot of injection-drug users who are at higher risk have quite the same issues.

But for example, younger gay men, some of whom may be fairly sophisticated and recognize that now, going on modern, three-drug regimens with drugs like Dolutegravir — which doesn’t generate drug resistance and is easily tolerated — is not hugely different from going on drugs for hypertension, in the context of taking drugs on a regular basis for the rest of your life, and not having huge side effects from them.

GAZETTE: You’ve been involved with this epidemic from the start. Did you think you’d get to a point where we’d be talking about the end of transmission — clearly a critical milestone — without a vaccine? 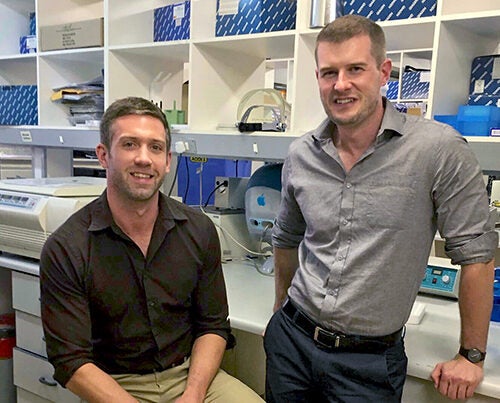 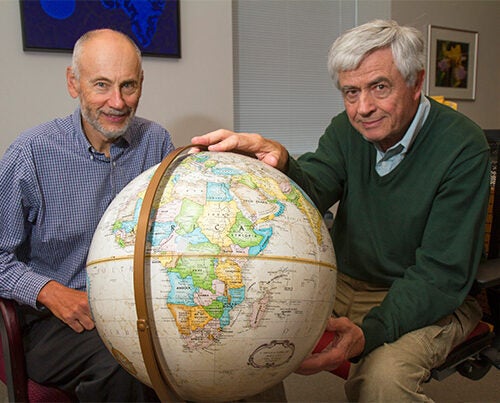 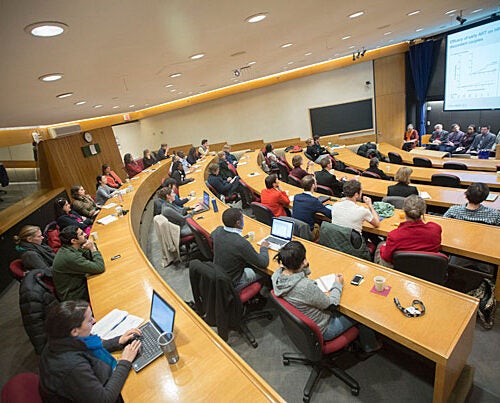 Researchers, ethicists wrestle with how to run a large study that could show effectiveness of ‘treatment as prevention’

ESSEX: It depends on the timeframe in which you’re asking the question. In the 1980s or early 1990s, I would have said our only hope is a vaccine. There’s no chance we’ll get ahead of this with drugs.

If it was in the early 2000s, before 2008 or 2010, I would say drugs are showing an awful lot of promise and the more people who are on them the fewer people who are going to get infected.

But if it was five to 10 years ago, I would say it’s really looking very promising that drugs will be the answer and a vaccine isn’t even needed. Further, I’d probably say that it wouldn’t be possible to do efficacy trials on a vaccine in a conventional way [which would require control subjects to forego known, effective treatment, like PrEP (pre-exposure prophylaxis)].

The change has been a combination of how well treatment-as-prevention is working to decrease transmission, and how well PrEP is working on high-risk groups who aren’t yet infected but are such high risk that drugs might prevent infection.

I think those things, to those of us in the business, were apparent years before they were apparent even to the general health establishment.

GAZETTE: You conducted trials on treatment-as-prevention — which aims to not only keep a person well, but also reduce their viral load to the point they’re not infectious, right?

ESSEX: Beginning by about 2010. We’re getting answers to these questions and they’re clearly affirmative.

It’s apparent to everyone now that you can do tremendous things with drugs. Even more than that, I would say the biggest change — that I wouldn’t have expected — is how well some of the drugs work. They don’t generate drug resistance because they’re well-tolerated, so people have no reason not to take them on a regular basis.

GAZETTE: So, we have good drugs. We have a strategy to slowly strangle the epidemic as opposed to killing it quickly with a vaccine, and here we are?

ESSEX: Yes. There was a timeframe where [many thought] such drug approaches wouldn’t work because the drugs were so expensive. Twenty years ago, some of us were saying, “Yeah, I don’t know how on earth they’ll ever be cheap enough or available enough for widespread use treating people at low-income sites.”

GAZETTE: I remember that narrative. What happened to it? Did the price come down? Or did more money, from PEPFAR, the Clinton Foundation, and other sources, just become available?

So it was all of the above. Some things more than others, but it’s been quite a ride.