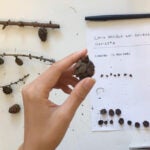 Art begot art in a new Harvard exhibition that explores and celebrates, through portraits of the University community, what it looks like to be an American in 2019.

“Portraits,” the first exhibit in the Smith Campus Center’s Arts Wing, conveys through photographs a sense of the people who make up Harvard and the larger world around it.

“The main goal here is to see your neighbor a little differently,” said photographer Khabeer M. Sultan of Boston. “Just some inspiration to meet a new friend or think about things a little bit differently when you’re confronted by portraits that you can’t escape.”

Inspired by a previous exhibit in Harvard Yard last fall, the 18 portraits — of students, staff members, and people who live nearby — are hard to turn away from. They’re especially striking because they were taken in black and white and are hung at eye level, so that on quick glance it looks as if a small row of people are standing behind a window staring directly at you. And because of the diversity of the subjects, the differences from person to person — from style to posture to ethnicity — are highlighted.

The exhibit, commissioned by the Harvard University Committee on the Arts (HUCA), is Sultan’s artistic response to Teresita Fernández’s “Autumn (… Nothing Personal).” That work was inspired by James Baldwin’s 1964 essay “Nothing Personal,” a biting commentary on the violence Baldwin observed and experienced as an African-American living through the civil rights era.

“It brings together a lot of issues,” Lori E. Gross, associate provost for arts and culture, said of the “Portraits” exhibit. “It crosses between the arts and the community. This is a way that we can be reflective and more open to the larger community about what Harvard is like.”

Fernandez’s installation, of thousands of orange-and-yellow-pinstriped tubes, resembled a bamboo forest. Just steps away from the Widener Library, it had many admirers. Sultan used that foot traffic to his advantage by asking people to pose in front of the installation. His only request was that the subjects not smile, so their pictures would fit with the somber tone he wanted the art to convey.

“I intentionally asked the subjects to look directly into my camera and not smile,” Sultan said. “Admiring James Baldwin’s truth-telling abilities, I wanted the portraits to echo Baldwin’s writings by confronting the viewer with a stern look. When thinking about the social issues of our times in the larger conversation of America, I ask myself if we have a reason to smile.”

Sultan, a Boston native, began his photography career in 2012. His first solo exhibition, “An American Experience,” was shown at the Watertown Public Library in 2017. His works are also in private collections.

During the opening reception for “Portraits,” his subjects came to see the final arrangement, looking for themselves in the line of faces. Among them were first-year students Lauren Tucker and Alexis Elliot, who enjoyed the black-and-white aesthetic and the message the compilation delivered.

“It really shows the diversity,” Tucker said. “Black and white makes it powerful. There’s something about seeing people in a sort of abstract way.”

For Elliot, “Portraits” represents the kind of diverse community she wants to introduce to her future children. That’s exactly the sort of response Sultan was hoping to produce. “In 2019,” he said, “America doesn’t always feel like it’s for everyone. We must confront the person or thing that stands in the way of continuing to encourage an America for everyone. I hope my exhibit challenges the viewer to look within first.”

“Portraits” runs until March 10 at the Arts Wing on the second floor of the Smith Campus Center. Gallery hours are noon to 5 p.m. 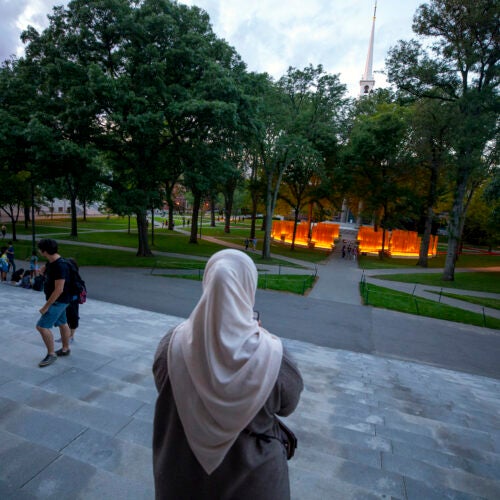 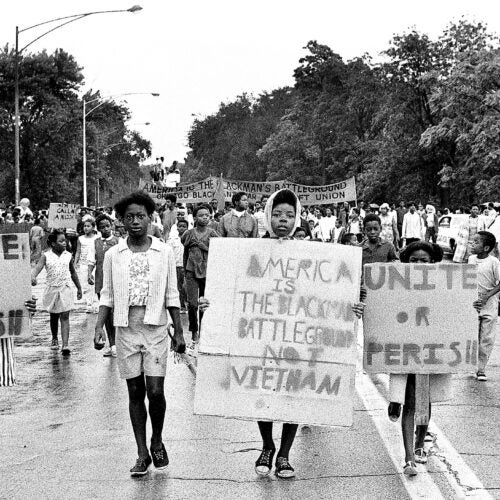