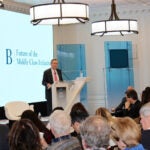 It was a Kafkaesque nightmare even before Saudi columnist Jamal Khashoggi was savagely murdered. An American journalist working in Iran, hoping to bridge the gap between the two countries through his reporting, was arrested along with his wife and thrown into the city’s worst prison on charges that were manifestly untrue and levied by powers of unclear identity. It was where he would remain for 18 months, not knowing if he would ever see his family again.

In all, Washington Post reporter Jason Rezaian, a dual citizen of the U.S. and Iran, spent 544 days in Evin Prison, accused by the Iranian Revolutionary Guard of being a CIA operative, convicted in what most called a show trial in October 2015, and sentenced to a prison term that was never made public.

Despite the secrecy, calls for Rezaian’s release were quickly taken up by his family and colleagues at the Post, and their #FreeJason campaign spread to journalists around the world. The drive eventually grew into a cause célèbre, with figures from Muhammad Ali and Noam Chomsky to Edward Snowden and a Kardashian sister demanding his release.

Finally, on Jan. 16, 2016, Rezaian and three other Americans were freed in a controversial prisoner swap spearheaded by then-Secretary of State John Kerry.

Though deeply painful and still raw at times, Jason Rezaian and his wife, Yeganeh Rezaian, described their experiences, detailed in his new memoir, “Prisoner,” during a talk Thursday at Harvard Kennedy School (HKS) with R. Nicholas Burns, Roy and Barbara Goodman Family Professor of the Practice of Diplomacy and International Relations. The two studied at Harvard shortly after Jason’s release in fall 2016, he as a Nieman Foundation Fellow and she as a fall fellow at the Shorenstein Center on Media, Politics and Public Policy at HKS.

Jason Rezaian said that growing up in Marin County, Calif., just north of San Francisco, as the son of an Iranian immigrant father and an American-born mother was central to his world view and his desire to better understand Iran, a country he eventually moved to in 2009.

“I knew from the very first moment … this was not going to go away. And it did not go away for a very long time.”
— Yeganeh Rezaian

“It was a typical American upbringing with these Persian layers infused into the experience,” he said. “And it wasn’t until much later, after Sept. 11, that I ever felt like I was different than anybody else. Not because I felt different, but because people looked at me differently. People judged me because of where my father came from.”

Prior to their arrest, the couple had built a nice life for themselves in Tehran. Jason was the Tehran bureau chief for the Washington Post, Yeganeh was a reporter for a UAE news outlet, and they lived in a lovely downtown apartment. They were neither dissidents nor “outlaw” reporters, but credentialed journalists who had gone through the laborious process of getting government approval to work. They had even recently appeared on the late Anthony Bourdain’s “Parts Unknown,” speaking effusively about Iran and how Americans misunderstood the country and its people.

Then one night in July 2014, as the couple left their building to attend a birthday party, three men in surgical masks, one pointing a gun at Jason, approached them as they got off their elevator and ordered them back upstairs. They were separated and questioned, their apartment ransacked, and then they were blindfolded, taken into custody, and brought to jail.

“Jason is always very positive and he has this great optimism. That’s his American way of life,” said Yeganeh. But she had grown up in Iran under theocratic, totalitarian regimes, and, “I knew from the very first moment — I appreciate him trying to calm me down and say ‘Baby, everything is going to be all right. They’re just going to leave our apartment in a few minutes’ — I knew this was not going to go away,” she said. “And it did not go away for a very long time.”

Despite her captors’ efforts to convince her that the outside world thought she and Jason had been killed in a car accident, Yeganeh said she remained certain that family, friends, and Jason’s colleagues at the Post were unlikely to have believed that or given up searching for them. And she was right.

Amid the complex, multilateral talks that ended with the July 2015 Joint Comprehensive Plan of Action, known as the Iran nuclear deal, President Barack Obama was sharply criticized for not making the release of Rezaian and other prisoners a condition of the deal. What few knew at the time was that his administration had been secretly negotiating with Iran to secure his release since November 2014, and the talks were still ongoing when the nuclear deal was signed.

The couple were each subjected to solitary confinement, Jason for 49 days, Yeganeh for 72. At Harvard, they spoke of the physical, emotional, and psychological devastation of being deprived of human contact, edible food, bathroom facilities, and even basic information such as the time and the weather. Rezaian lost 40 pounds in the first 40 days, while Yeganeh described her small cell, in which she could barely lie down, as “a grave” where she felt herself dying “a slow death.” They said the trauma of solitary confinement convinced them that such an inhumane practice should be abolished worldwide.

There were, however, sparks of gallows humor in their predicament, and Jason Rezaian decided to make the most of them to preserve his wits. His captors were ideologues, but unsophisticated, and their English was rudimentary, though they didn’t know it. When the lead interrogator lectured Rezaian about the world and the strength and nobility of a then-ascendant ISIS, describing its brute power and theocratic might as the “lovechild” of Israel and Saudi Arabia, Rezaian simply enjoyed his captor’s malaprops.

“I thought, (a) this will get me through right now, and (b) like so many other experiences in my life, someday this will probably make a hell of a story,” he said. “You have to latch onto whatever can get you through the day.” 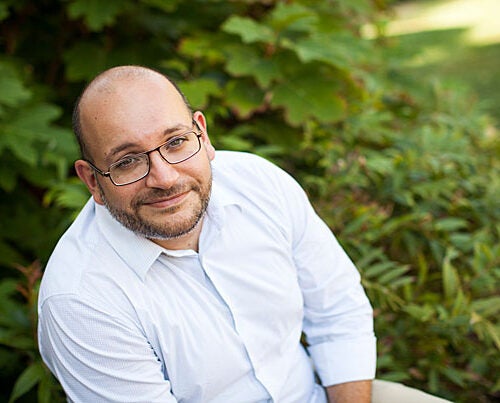 Freed by Iran, Washington Post reporter and wife settle in as journalism fellows at Harvard