After 38 years, the building doctor steps aside 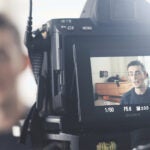 Michael Lichten, FAS associate dean for resources and physical planning, was ‘always thinking’ about how to make facilities better

If you’ve ever been in a meeting with Michael Lichten, chances are he got there before you. Not so he could get a good seat or take a few minutes to look over his notes, but so he could walk around the building looking for things to improve, large or small.

“I make a habit at meetings I go to of going through buildings on the way, even if it’s just to stop in and walk around,” says the associate dean for resources and physical planning. “I’m always in our buildings looking at what is happening, what should be happening, and making sure that if I think something can be improved, that we can get someone working on it.”

For Lichten, who retires this week after more than 38 years at Harvard, overseeing the Faculty of Arts and Sciences’ buildings and facilities is full-time work — on and off the job.

Lichten began his career at Harvard as the deputy director for energy conservation in 1981, when saving energy was still a relatively new idea.

“I was originally hired to lead a program that focused on reducing energy use across the FAS,” he said. “Since then it has continued to be a major part of my job, though obviously the technology and equipment have become a lot more sophisticated.”

Lichten, who was born in New York City and grew up in New Jersey, earned his undergraduate degree at the University of Denver and master’s at the University of Colorado before joining Harvard. Over the years, he has seen a lot of changes take place on the Cambridge campus. He was involved in building construction, including both Center for Government and International Studies (CGIS) buildings, the Murr Center, and the Laboratory for Integrated Science and Engineering (LISE). Asked how many of FAS’s 267 buildings he has overseen a renovation project in, he responds in a heartbeat:

He has also seen firsthand the advancement of computers in the workplace. What began as a single computer terminal the entire office used to print energy-consumption reports has become individual computers at virtually every employee’s desk. But while there have been plenty of changes over the years, Lichten is quick to point out that some aspects of the University’s culture have remained the same.

“The education of our students and research of our faculty is why we’re here,” he said. “Everything we do is to support that, including the early energy savings programs we had. So that has not changed, which I think is Harvard’s great strength.”

When he officially retires later this week, senior director of facilities operations Zak Gingo will step into the role of interim associate dean. Gingo is the first to say he has some mighty big shoes to fill.

“It would be hard to overstate Mike’s impact on Harvard’s campus,” Gingo said. “He has played a key role in the construction or major renovation of literally millions of square feet of FAS facilities, including such prominent ones as Memorial Hall and Northwest Labs. Unbeknownst to most of them, Mike has shaped the experience of generations of FAS students, staff, and faculty by making our buildings safer, more comfortable, more accessible, more efficient, more sustainable, and more beautiful. A wonderful part of his legacy is that his work will continue to positively shape the experience of future generations.”

Lichten views overseeing buildings for a nearly 400-year-old institution as more opportunity than challenge. Modernizing older buildings while maintaining their historic character is a part of the job he has truly enjoyed.

“People often say, ‘It must be hard dealing with all those old buildings,’ but I really don’t feel that way,” he said.  “Partly because those old buildings were really well built, but also because we’ve managed to change them over time to support the evolving needs of what goes on inside the buildings.”

As an example, Lichten cites the biology labs building, where brand-new HVAC and electric systems were implemented without disrupting the building’s outward appearance.

“When you walk by the building it looks like it always has on the outside, but it has a modern research lab on the inside,” he said. “And I view all of our buildings in that respect, that they can be modernized on the inside while maintaining their historic character.”

Lichten has faced his fair share of challenges over the years. Chief among them was keeping projects on schedule amid the last financial crisis.

“Putting together the best program for the building and facilities while staying within our budget is always a challenge,” he said. “During the downturn in 2008 we had to make some very hard choices and adjust our priorities. So that was certainly a challenging time but we were still able to complete some really great projects.”

Although on paper it may seem that buildings are his focus, the people inside those buildings are always at the forefront of his mind.

“You always have to think about how to support the people in the building you are working on while the project is going on,” he said, “and keep their programs running uninterrupted while the work is underway.”

Lichten touches on a similar note when asked what he will miss the most.

“I’ll miss the people the most,” he said. “I love working with everyone here. We have such a wonderful team here in my own group, and across FAS. Working with the deans, the faculty. I have a great amount of pride in being able to support what the faculty do. Being part of Harvard is so much of my life. To not be here and to lose that, I think, will be very hard.”

In an email to the FAS community earlier this month, Leslie A. Kirwan, dean for administration and finance, wrote, “Mike has dedicated 38 years of his professional life to creating, improving, and managing the FAS’s physical plant in service of the teaching, learning, research, and community missions of Harvard. He has led his organization with intelligence, care, and respect for his team as well as for the FAS faculty, students, and staff they serve.

“On a personal note,” Kirwan added, “I will miss Mike very much. He is a delightful person, and it has been an honor and a pleasure to work with him.”

One of Lichten’s favorite projects was the renovation of Cabot Library, which gave him and his team the chance to reimagine the user experience for library visitors. The project in a traditional library setting to a place where students have multiple choices of work areas, open spaces, and places to sit and enjoy a cup of coffee. Lichten smiles broadly when recalling an unusual form of validation from a student.

“When Cabot first opened,” he said, “we rolled back the big glass doors and students were waiting outside and they rushed in on the first day and immediately started filling the stations. It was so much fun. Later that day I was walking around and on one of the whiteboards a student had written ‘Cabot Rocks.’ How many places do students go in and write that a library rocks? So that was great. It was a great feeling.” 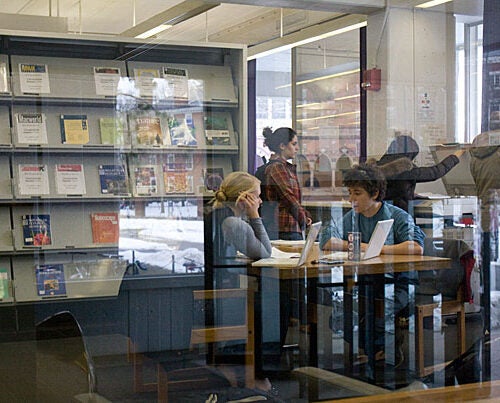 Science Center facility to be renovated to meet future needs, blend into outdoors 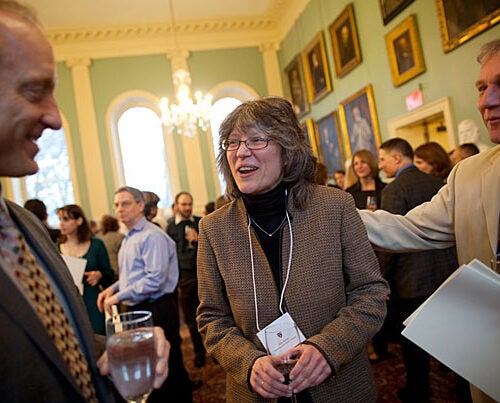