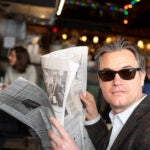 Magda Matache was just back from a summer break when her high school teacher told her to stand in front of the class and asked, “Why are you so black?”

A member of the Roma and a Harvard instructor, Matache recalled the question and the sense of shock and humiliation that followed during a recent interview on campus. “I was poor, I was Roma, I was dark-skinned, I was in a wealthy white high school,” she said. “Slowly I felt that I didn’t belong, and I didn’t want to belong.”

With help from supportive teachers and friends, she kept studying, attended college, and eventually earned a master’s degree in European social policies and a Ph.D. in political science from the University of Bucharest. Currently a mid-career master in public administration candidate at the Harvard Kennedy School, she is also the head of the Roma Program at the François-Xavier Bagnoud Center for Health and Human Rights at Harvard University (Harvard FXB), where she is shedding light on the lives of other Romani children and teens who continue to face racism and discrimination in and out of the classroom. Her Harvard research is helping lead the way in dismantling biased narratives about Romani education.

Matache and Harvard FXB, together with the Center for Interactive Pedagogy in Belgrade, Serbia, recently released “One in One Hundred,” a report comparing the educational success rates of Romani and non-Romani students in Serbia.

“The rise of xenophobia is headline news in Europe these days,” said Harvard FXB director Jacqueline Bhabha. “But the persistent discrimination and stigma meted out to its Roma minority has yet to attract the concerted attention and public engagement it deserves. [We] have been working on this, Europe’s most accepted form of racism, for the past six years.”

The recent study’s title highlights the fact that only one in 100 Serbian Romani students advance to college. Those numbers are the same across Europe, said Matache, and are fueled by the stereotype that Roma are lazy, unable to learn, or simply uninterested in education.

“Each year there are thousands and thousands of Roma children placed in Roma-only schools or misdiagnosed with disabilities,” said Matache. For those who make it to a typical school, she added, “expectations from the Roma students are so low that the teachers rarely pay attention to them.”

While much of the report is devoted to identifying educational obstacles, it also outlines the “factors for success and resilience among Romani students,” known as the “positive deviance” approach. The approach, which Bhabha pioneered during her 2012 work around female educational disadvantage in India titled “The Champions Project,” helped researchers with the Roma study focus on “the factors that enable success of the outliers rather than focusing on the obstacles that hinder the majority,” said Bhabha.

“A preponderance of social research documents the impact of injustice, social inequality, and discrimination. But what many of us really would like to understand is ‘What works? How can injustice and inequality be reduced?’ This study addressed those questions by investigating the experience of successful outliers and the drivers of their atypical achievement.”

Researchers studied the responses from surveys, interviews, and a “Writing Romani Lives” workshop conducted with 89 Romani adolescents who made it to college and 100 who did not. The findings showed that strong teacher and peer support systems, access to early childhood development services, and a high level of education among immediate family members corresponded to educational success.

Early education matters, too, researchers found. “Across Europe, the access of Romani children to early childhood development services is lower than that of majority children,” the study notes. Only 6 percent of Romani children between the ages of 3 and 5 attended early childhood education programs, the report found, compared with 50 percent of the Serbian national average. The report’s numbers also show a “significantly larger number” of college versus comparison respondents attended kindergarten, 63 to 44 percent, respectively.

The study also pointed to a third critical driver of the success of Romani students: the support from a teacher or peer who believed in their abilities and desire to learn and who stood up for them.

“Those who made it to college said they had benefitted from a peer or a teacher who supported them when they felt discriminated against,” said Matache. Her own experience reflects those findings. When she arrived for her first day of grade school in 1984 holding hands with a white friend, the teacher noticed and sat them together near the front of the class. Most of Matache’s Romani classmates were seated near the back.

“Because of where I was, I got more attention and I paid more attention,” she said. “I did well in primary school and made it to one of the best high schools, but many of my Romani classmates weren’t so lucky.”

The study’s findings also dispel the stereotype that Romani culture is indifferent to education. Ninety-three percent of respondents in the sample, which included both the students who attended college and those who did not, reported that their parents valued education for them. “We learned from them that whatever is said in the media, in the literature, everywhere about our culture doesn’t apply,” said Matache. “This whole idea of Roma inferiority and their indifference to school has been portrayed for centuries and it’s also found at the policy-making level. It’s institutional, ideological, societal. It’s racecraft.”

In addition to early education access, said Matache, more Romani teachers, cultural sensitivity training for students and teachers, and a curriculum that better reflects the history of the Roma in Europe will all make a difference. But change must come from the top down, she added. The choice to focus on Serbia, she said, was aimed at policymakers who want to see the country accepted into the European Union; with the accession process underway, politicians there are eager to prove Serbia is adhering to the organization’s commitment to human rights.

“We are really trying to do advocacy around our research work,” said Matache. “It’s not enough to do research. There is a responsibility to go a step further and put our information out there for the policymakers who can make change a reality.

“Our research has shown that real change means giving Romani children what all children need for educational success: good schools, characterized by equity and inclusion, with unbiased, supportive and well-prepared teachers.” 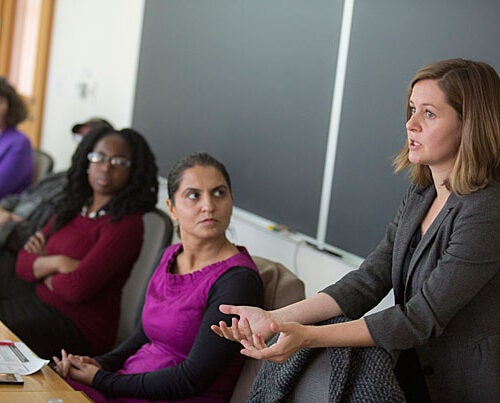