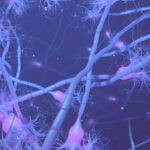 More than a courier

The threat of climate change is dire, but Hal Harvey sees a path forward.

In “Getting to Zero on Climate Change,” a stirring presentation recently at the Harvard University Center for the Environment, Harvey, the CEO of Energy Innovation Policy and Technology in San Francisco, stressed both the urgency of the problem and specific steps that could, he said, make the difference between accelerating toward destruction or innovating toward prosperity.

Citing “a massive problem with horrifying dimensions,” Harvey, the co-author of “Designing Climate Solutions: A Policy Guide for Low-Carbon Energy,” said that today, “extremes have become the norm.” From drought and wildfires to unprecedented floods and cold snaps, he detailed the effects we have already begun to experience. More terrifying is how close we are to climate tipping points, such as the thawing of the tundra — what used to be known as “permafrost” ­— which would release massive amounts of methane and carbon.

“After a certain point you unleash natural systems and there’s no going back,” he said.

But Harvey also laid out a series of steps that could counteract the problem, including policy recommendations that could be effected by concerned citizens.

Rejecting small-scale, feel-good campaigns — “We shouldn’t have a strategy about plastic straws,” he said — Harvey broke down the problem into four major sectors that contribute the most to climate change: energy and the electric grid, transportation, buildings, and industry. Again pushing for efficacy, he suggested moving for change in the top 20 countries that contribute to climate change, specifically global heavyweights such as the U.S., China, E.U., India, and Russia. He then isolated specific policy changes here that could make a difference for our country and, ultimately, for the globe.

One is the electrical grid. Harvey noted that green energy sources such as solar and wind are already becoming more cost-effective. In fact, with new technologies, such as larger wind turbines and turbines that can float and thus be placed farther from land, off-shore wind power is on the verge of becoming a major industry.

However, these sources are intermittent, leaving many green-energy proponents focused on expensive and, thus far inefficient, battery technology. Instead, Harvey suggested that smarter and more flexible grids can enable municipalities to share resources, leveling out supply and demand. He said demand can also be managed, for instance by cooling skyscrapers in advance of extreme weather, thus using less energy during peak demand times.

He also supported the wider use of renewable portfolio standards that would reward those who invest in these green power sources.

Turning to transportation, Harvey applauded but dismissed the electric vehicle movement, which he said has too small a share of the market to make a difference. For vehicles already on the road, he suggested increasing incentives such as tax rebates and nonfinancial rewards, such as free parking. For the billions of cars that will be built in coming years, however, Harvey argued for super fuel-efficiency, pointing out that in addition to changes in engine technology, efficiency can be increased by making vehicles lighter and less wind-resistant.

For buildings, Harvey said low-emission windows, coated with an invisible metallic layer, already greatly decrease demands for heating and cooling. He called for stronger building codes, like California’s, that focus on annual percentage gains in efficiency. Such continuous and expected progress does not need to be revisited legislatively, he noted, and creates a stable environment that let businesses plan for future construction. As a corollary, Harvey also called for stronger appliance efficiency, a trend that has already proved popular with consumers.

Harvey said industry can also take steps to reduce waste. New 3-D technologies are already helping, as they define the specific components of building projects, eliminating the waste of concrete and other materials. In industrial engines, variable speed settings that use smart technologies to adjust automatically save on power as well as costs.

Harvey pointed out that “most of the money [to make these changes] is there already.” While many climate change activists spend time trying to raise funds to help emerging countries, Harvey said the “world already spends about $5 trillion dollars a year on energy and another $6 trillion for infrastructure setting up consumption.” Reallocating these resources, rather than battling for new ones, is an achievable goal, he said. To effect the change, concerned citizens need only find out who is really in charge. Public utility commissions, for example, often have more practical impact than legislative bodies and regularly hold open meetings.

Do the triage,” Harvey said. “Understand which policies make a difference and pay attention to who makes the decisions.

“With a modest amount of work, a few tens of hours, you can become a player.”