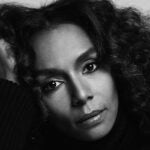 At a Meeting of the Faculty of Arts and Sciences on Feb. 5, 2019, the following tribute to the life and service of the late Barbara Kiefer Lewalski was placed upon the permanent records of the Faculty.

On March 2, 2018, we lost our dear colleague Barbara Kiefer Lewalski, William R. Kenan Jr. Professor of History and Literature and of English, Emerita, who became Kenan Research Professor from 2013 to 2015 after her retirement in 2010. Barbara was the preeminent scholar of Milton and of seventeenth-century poetry from the second half of the twentieth century to the early decades of the twenty-first; her influence will continue long into the future. Her pioneering brilliance surpasses even that of her eminent predecessors in the tradition of Milton studies at Harvard. She was an indefatigable mentor to generations of graduate students, many of them women scholars now leading the profession through their own work.

Over the course of her over fifty-year career, Barbara received many of the profession’s highest honors: two Guggenheim Fellowships (1967, 1980); the James Russell Lowell Prize (1979); elections to the American Academy of Arts and Sciences (1980) and to the American Philosophical Society (1986); and the mighty Renaissance Society of America’s Paul Oskar Kristeller Lifetime Achievement Award (2016). She won the Milton Society of America’s James Holly Hanford Award three times and when she was still comparatively young she was awarded the society’s highest distinction, “Honored Scholar,” joining the company of such Olympians as C. S. Lewis, Northrop Frye, and later William Empson as well as Helen Darbishire, Marjorie Hope Nicolson, and Irene Samuel.

Born in Topeka, Kansas, Barbara earned her bachelor of science in education with a double major in English and Social Science from Kansas State Teachers College (now Emporia State University) in 1950 and her Ph.D. in 1956 from the University of Chicago under the supervision of Ernest Sirluck, a decisive figure in modern scholarship on Milton’s challenging prose. Sirluck’s legendary erudition and rigor — he was a major in the Canadian Army in the Second World War — would be the model for Barbara’s “book camp” training of her own graduate students.

She began her academic career at Wellesley College (1954–56) before moving to Brown University, where she determinedly entered the faculty club by the front door instead of the back door assigned to women. She joined the Harvard faculty in 1982 as one of only a dozen tenured women in the University.

Barbara’s first book, “Milton’s Brief Epic” (1966), on “Paradise Regained,” with its multilingual survey of shorter epic poems composed in the Renaissance, remains a classic in the field. “Donne’s ‘Anniversaries’ and the Poetry of Praise” (1973), which won the Explicator Prize, analyzes, with critical skill and historical insight, that poet’s most ambitious and difficult verse meditations.

Barbara’s field-changing “Protestant Poetics and the Seventeenth-Century Religious Lyric” (1979), for which she was awarded the Lowell Prize, showed how the creative and intellectual stimuli for poetry of this period came not from the European continent but from insular traditions of biblical commentary. This book had wide influence, including in colonial American studies. In 1985 Barbara took a new direction with the publication of “‘Paradise Lost’ and the Rhetoric of Literary Forms,” a revelatory analysis of the layered complexity of Milton’s art.

With the rising interest in unjustly neglected, earlier-period women writers, Barbara created a new research field with “Writing Women in Jacobean England” (1993) and her 1996 edition, “The Polemics and Poems of Rachel Speght.” Amidst the gallons of ink spilled over Aemilia Lanyer’s possibly having been Shakespeare’s mistress, Barbara wisely observed that such speculations draw attention away from Lanyer’s poetic achievement.

The capstone of Barbara’s career is her magisterial study, “The Life of John Milton: A Critical Biography” (2000), superseding the first modern biography of Milton, by William Riley Parker (1968). In it she regularly pauses in the exciting narrative of Milton’s public life to give balanced and discerning appreciations of the poems. These include some of the wisest things said about the art of “Paradise Lost.” Despite its formidable erudition, this large volume has won an audience beyond professional students of the poet.

As a tribute to her mentorship, Barbara’s former students brought out “Form and Reform in Renaissance England: Essays in Honor of Barbara Kiefer Lewalski” (2000), edited by Amy Boesky and Mary Thomas Crane. At her death, the distinguished Miltonist John Leonard said, “Barbara excelled in four distinct areas of Milton studies: as teacher, critic, biographer, and editor. Other great Miltonists have achieved eminence in two or even three of these, but Barbara was very special indeed in achieving all four.” Barbara also displayed the rarest of qualities in a critic: good sense exercised at the level of genius.

A tribute should end with a story. One dark winter night at Harvard, during a snowy nor’easter, a committee meeting ran late and Barbara was packing her bag for the drive home to Rhode Island. Her colleagues on the committee urged Barbara to stay the night in a nearby hotel. Unmoved, she set off in her car, which, after hours of stop-and-start traffic in blinding snow, spit flames from under the hood. “That’s not good,” said she, steering to the side of the road, where other cars were already stranded and disappearing under falling snow. The flames were now leaping higher than the windshield and black smoke was filling the car, so she came to a stop and engaged the parking brake. But before getting out, she retrieved from the back seat her coat and her briefcase, filled with student papers. She then retired to a safe distance from which to watch the fire department arrive and put out the flames.

The world misses her brilliance, as we do. We also miss her collegiality, her strength of character, and her presence of mind.