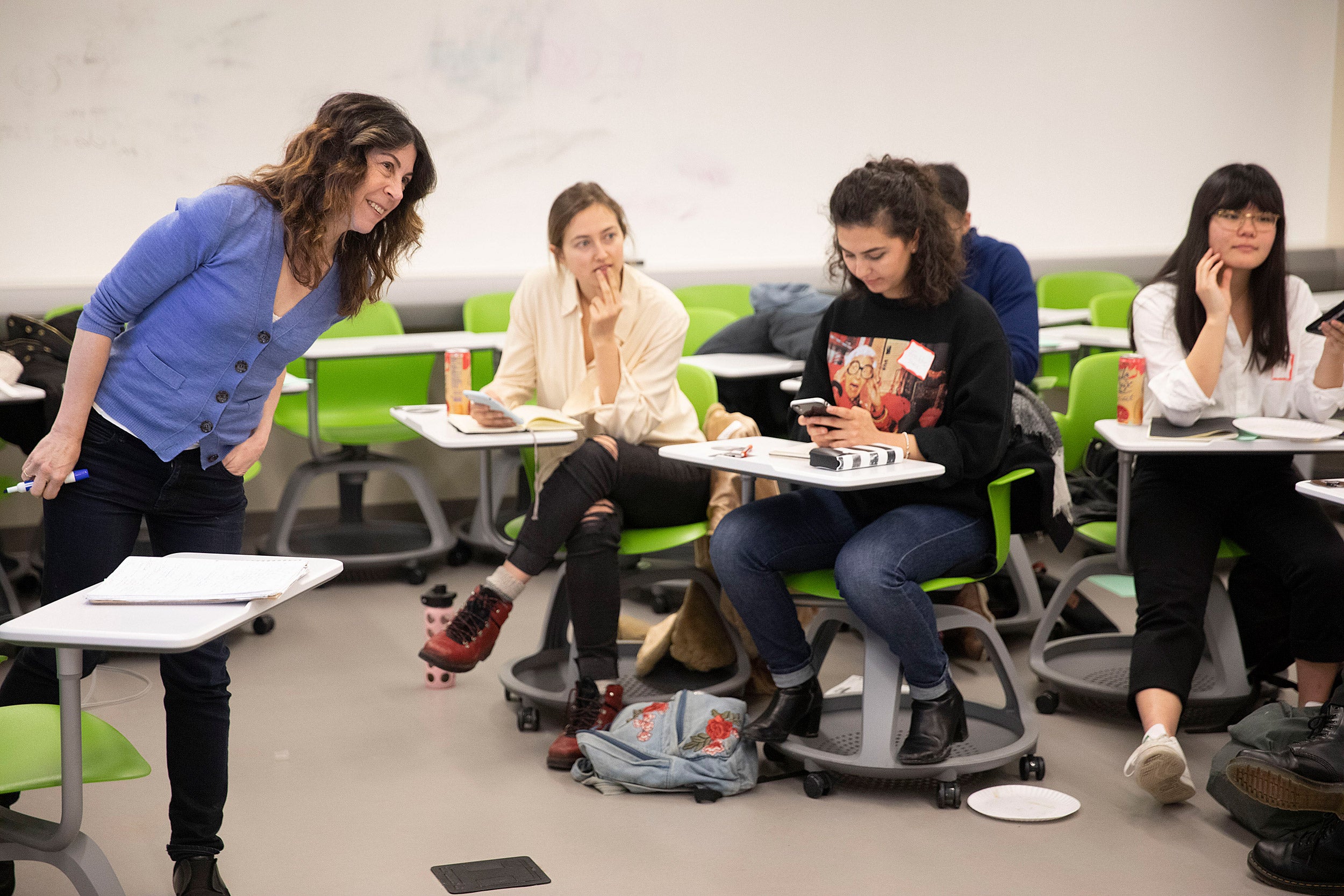 As opening night neared, there wasn’t a moment to waste. The actors onstage went through their scenes. The stage director and lighting designers peered down from the control booth, ticking through every lighting transition in the production.

“Is that comfortable?” asked Madeleine Snow ’20, the stage director. Arianna Paz ’19, the lead actress in her blue Cinderella dress, agreed it was. Then she stepped into an unlit spot. “Oh man, we need to light that,” Snow said. A lighting designer, with the click of a few buttons, adjusted the beam. They all continued doggedly like this until Snow declared a lunch break. Then shortly after everyone cleared the Agassiz Theatre, a pair of technical directors stepped onstage, paintbrushes in hand, taking advantage of the moment to work on the set.

These are the meticulous preparations of the Harvard College Opera, the undergraduate-run company that has mounted a full-length show each February for more than 25 years. This year’s production is a six-show run of “Cendrillon,” French composer Jules Massenet’s 1899 adaptation of the classic Cinderella fairytale.

With opening night this Friday, the students have worked long hours since returning early from winter break, putting together the set, landing key notes, and stepping in wherever needed, often coming in on days when no work was scheduled.

The massive work going into “Cendrillon” reflects much of what makes the company’s productions so special and unusual: undergraduate students drawn to the arts, regardless of their experience, coming together to feed their passion while working as a team to produce a high-quality opera.

“Most of the time, opportunities for undergraduates to perform opera are really limited,” said Samuel Rosner ’20, one of the lead actors in the production. “Conservatory productions tend to focus on their graduate students. … It’s so nice to have this opportunity that’s so focused on undergraduates and how they can make music together.”

Since the production is entirely student-run (undergraduate cast, production team, and orchestra), the students tackle all the creative and technical work. They select the opera the previous April, conceptualize every piece of it, budget it, cast it, and stage it. During the fall, they hammer out details like choreography or props. In January, they put the show together and run full rehearsals.

The company has about 80 members. As in any well-organized production company, each of them holds specific roles based on experience and interest. These range from becoming cast members to designers to producers, such as Jessica Shand ’21, who coordinates public relations. Other producers oversee set production and finances, such as deciding ticket prices.

Yet just because members hold specific titles doesn’t mean their roles stop there. One of the strengths of the opera company is its culture of teamwork, especially to solve problems.

“We kind of just pick up work wherever it needs to get done,” said Shand, who also plays flute for the orchestra.

That willingness to jump in and help each other is almost a trademark of the company, some members said. It’s why the stage director ran through the lighting cues with some of the cast, and why the musical director, Benjamin P. Wenzelberg ’21, didn’t hesitate to help when Paz needed to adjust the train of her glitter-covered dress. And it’s why cast members were happy to help build the set after finishing rehearsals, said assistant technical director Serena Chen ’22 as she and technical director Jonathan Castillo ’21 painted part of a 16-foot platform while the cast went for lunch.

“It was wonderful to see everyone collectively join together,” Castillo added.

The experience helps members of the company fully understand the production process and expand their skills while also connecting with their classmates.

“Being here [in January], you really watch this show develop from its very beginnings in not that long of a time,” Rosner said. “It allows us to get to know each other in a very special way. I think being so involved in the process of putting the show up allows you to fill other roles in the organization.”

Snow and Wenzelberg can attest to that, as they have filled multiple roles during their time with the company. They now hold the two most important staff positions in the production. Their rise shows the opportunity there for all company members, even those new to opera.

Take Ruva Chigwedere ’21, who’s playing one of Cinderella’s stepsisters. The role is her first in an opera, and she feels she’s been fully supported and welcomed.

“It’s kind of wild,” Chigwedere said. “I didn’t imagine myself at the beginning of the year, when I was auditioning, doing an opera, and I knew nothing about Harvard College Opera at all. Now to be completely immersed in the environment, it’s crazy to me. But they really look for everybody to have a part — from the production side, from the creative team, from the cast and the [orchestra] — everybody.”

The welcoming nature of the company upholds its focus on making opera more accessible to the greater Harvard community. Critics have praised the annual productions for their quality and inventiveness. The company also is known for hosting smaller events throughout the year, including screenings, recitals, and solo performances. The success has helped make the company a fixture on the Harvard arts scene since 1992.

Few members are more passionate then Wenzelberg, the music director. The sophomore is young, but he’s a veteran. He was a soloist and chorister with the Metropolitan Opera for eight seasons, conducted at the Boston Pops, wrote an award-winning opera, and performed with notable companies such as the New York City Opera and at prestigious venues such as the John F. Kennedy Center for the Performing Arts.

Wenzelberg, who attended Juilliard Pre-College as a composition major, has been passionate about singing and writing music from early childhood, even bringing it into his elementary school.

“My parents got a call from my first-grade teacher, who had a notebook that was supposed to be for writing and basic grammar. … [Mine] was filled with music notes,” he said. “It’s been something that I’ve always had been in my head. I’ve always loved performing. I’ve always loved writing.”

For Wenzelberg, all that passion converges in opera because the field merges many of the musical elements that he loves most. Joy in the arts and opera is the driving attraction for him, as it is for many company members. Work on productions can stretch beyond allotted schedules, sometimes well past mealtimes or into the night. There are few serious complaints, however, Wenzelberg said. The reason is simple. The students enjoy what they’re doing.

“The common thread that runs between us all is that we care so much,” Wenzelberg said. “We all put our all into it and really commit to it. It doesn’t feel like work, and that’s why I love it so much. It’s something that we are all willing to do and want to do. It’s a true joy for us.” 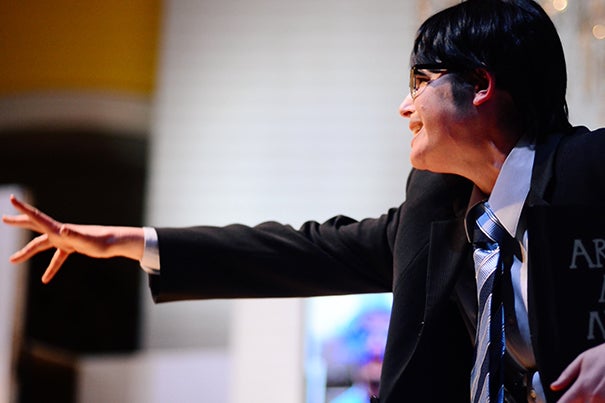 Backstage with the Lowell House Opera at Harvard 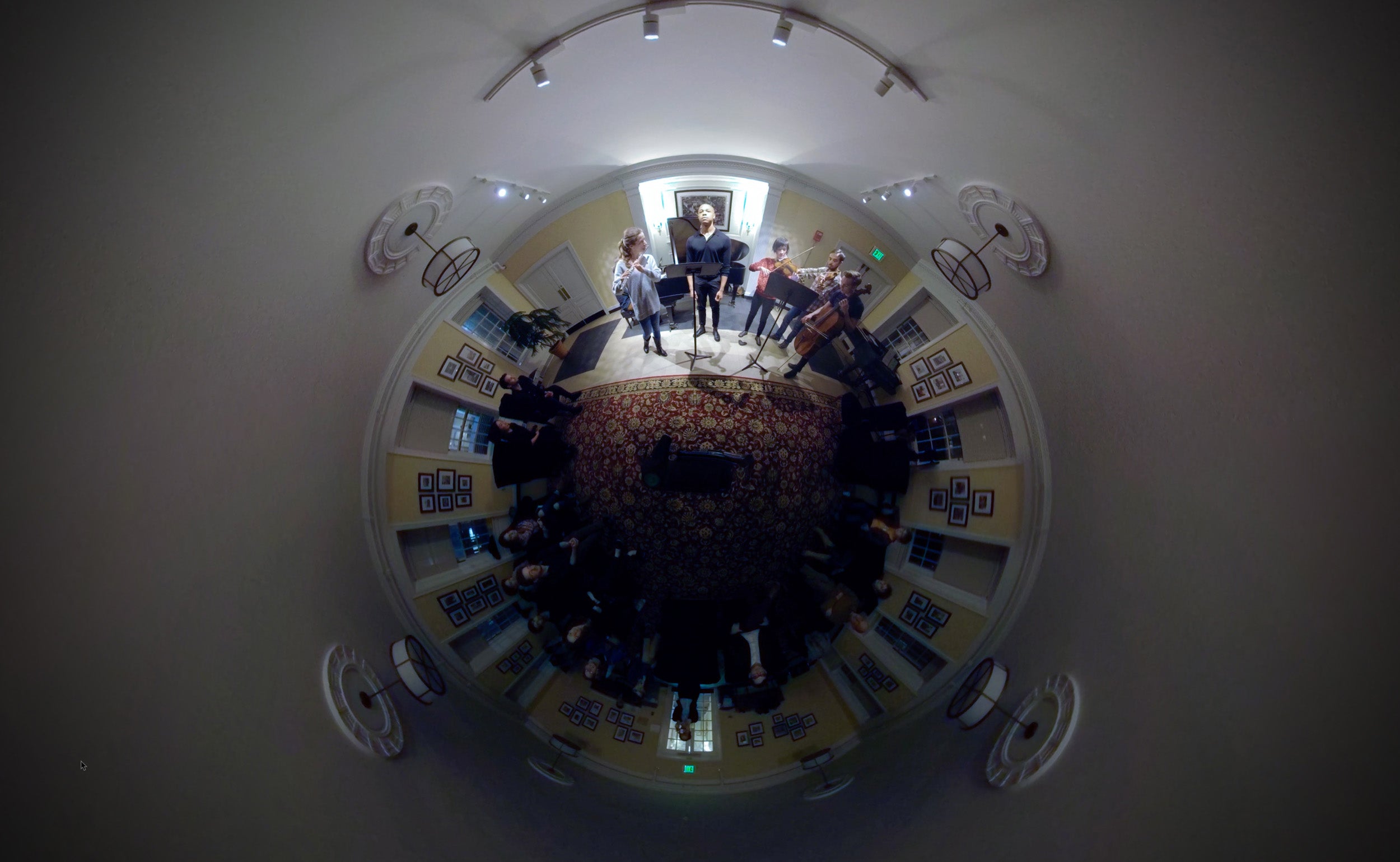