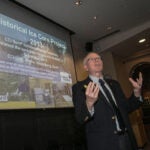 What began as a brush fire on Nov. 8 north of Sacramento quickly intensified into the deadliest wildfire in California’s history. The Camp Fire has claimed 79 lives, scorched more than 150,000 acres, shrouded San Francisco, almost 200 miles away, in haze, and sent plumes of smoke across the country. Polluted air could linger for weeks, experts say.

Joe Allen is an assistant professor of exposure science and the head of the Healthy Buildings Program at the Harvard T.H. Chan School of Public Health. The Gazette asked him about the danger that travels in wildfire smoke and how people can protect themselves from polluted air.

GAZETTE: What kind of health effects are people facing with exposure to polluted air during an intense event like this?

ALLEN: I think it’s a bit of a misnomer that exposure to outdoor-air pollutants only causes health effects after chronic or long-term exposure. The reality is that short-term exposures on the order of days to weeks are linked with serious adverse health effects, like increases in premature mortality, aggravation of existing respiratory and cardiovascular disease, and increases in asthma exacerbation. And you see these manifested in things like missed school days, missed work days, and increases in hospitalizations. So there are definitely concerns with acute exposures to airborne particles, particularly when the particles reach the concentrations that we are seeing in California right now because of the wildfires.

“A lot of people think that as long as they are inside there is no exposure.”
— Joe Allen, pictured above

ALLEN: I think it’s helpful to put some numbers around it. Let’s talk about PM2.5 specifically. The PM stands for particulate matter, and the 2.5 refers to the size of the particle ­— particles with an aerodynamic diameter of 2.5 microns or smaller. But here’s why that matters. When you breathe particles that are bigger, let’s say bigger than PM10, they are too big to reach the deep parts of your lung. Smaller particles like PM2.5 reach the deepest parts of your lung, your alveolar region, where the gas exchange happens. The health concerns related to these particles were originally put on the map by Harvard’s Six Cities Study in the late 1980s and early 1990s, which showed that higher exposure to PM2.5 was linked to premature mortality.

PM2.5 is one of the “criteria air pollutants” for which we have national limits. The national ambient air-quality standards have an annual average target of below 12 micrograms per cubic meter. Most areas of the U.S. are what we call “in attainment,” but some are occasionally out of attainment. I’ll use Los Angeles as an example. On any given year, Los Angeles can be over that limit of 12 and up to 18 micrograms per cubic meter for the long-term average. Because of these wildfires, we are seeing PM2.5 concentrations in San Francisco that exceed 200 micrograms per cubic meter. That’s over 10 times what we typically see even in areas of the U.S. that have the highest air pollution.

A recent study led by the School of Public Health’s Francesca Domenici found that there are health effects associated with particle levels even below 12 micrograms per cubic meter. In fact, they report a 7 percent increase in premature mortality risk for every increase of 10 micrograms per cubic meter. If you are normally around 10 to 20 but now you are up to 200, this is a massive increase in the actual risk.

GAZETTE: Is smoke from wildfires less dangerous than smog from cars and factories?

ALLEN: No. Certainly the makeup is a little bit different and most of what we know about health effects comes from studies of emissions from automobile exhaust or coal-fired power plants. That said, the studies that have been done on air pollution from wildfires show that we see these same acute effects, like increased risk of premature mortality, and it’s largely tied to the size of the particles.

GAZETTE: How can people can protect themselves?

ALLEN: It’s a really good question and maybe it requires stepping back for a minute to look at the fact that outdoor air pollutants penetrate indoors — even everyday normal air pollutants. A lot of people think that as long as they are inside there is no exposure. While it’s true that the exposure inside is lower, the fact that we spend so much of our lives indoors means that even though outdoor pollutant concentrations are reduced when you come inside, the majority of our exposure to outdoor air pollutants can actually occur indoors. If we multiply the time you spend indoors by your breathing rate and even take a 50 percent reduction in particle concentration, it still turns out that your total dose for the day of outdoor air pollution is higher from the time you spend indoors. I think a lot of people find that shocking.

But it also means that the building can be used to protect us, and certain buildings are better at limiting particle infiltration. In buildings that have mechanical ventilation systems, including office buildings or multi-tenant buildings or homes with central air-conditioning systems, one way to reduce your exposure is to increase the level of filtration on your mechanical system.

It’s important to correct some misunderstandings. Sometimes people are advised in the case of wildfire smoke to turn off their mechanical ventilation systems, the logic being that you don’t want to bring in any of that contaminated outdoor air. That’s faulty for two reasons. One, if your system is on, you are controlling the access point for the majority of particles that come into your building and it gives you a chance to filter them out at the point of entry. Two, it keeps your building positively pressurized. That’s key because if your building is positively pressurized you are pushing air out through all the cracks and crevices through which outdoor particles can penetrate. It seems logical at first to want to turn off your system to prevent bringing in outside air, but it’s incorrect. 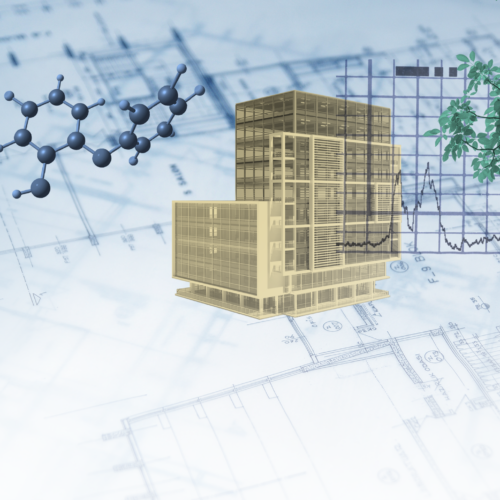 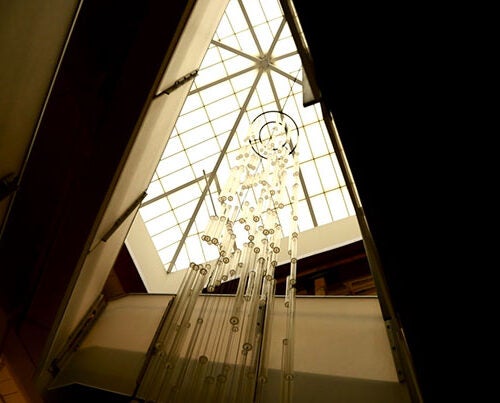 GAZETTE: What kinds of protective masks should people use?

ALLEN: The recommendation for masks is an N95 respirator that is rated for particulates instead of just a typical dust mask. The N95s are approved by the National Institute for Occupational Safety and Health and can be used to filter particles. So, if you have to leave the house and you are susceptible — you are young, old, have a heart condition, or you have to be outside, especially if you are doing something strenuous — the recommendation would be to use an N95 respirator at a minimum.

GAZETTE: How long will it take before the air in California is back to normal?

ALLEN: There are a lot of variables at play. One is when the fire stops, obviously. Others include how long the smoldering continues, how much ash gets re-suspended, and what the wind direction and speed are. Is it blowing toward the major urban centers? Is it blowing somewhere else? People can track the air quality to see when it gets back to acceptable levels. We are fortunate the United States has a robust monitoring network. People can look up the air quality index at AirNow.gov to see what the AQI is for any part of the United States.