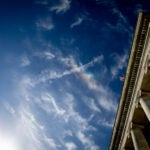 Xiaowei Zhuang, the David B. Arnold Jr. Professor of Science, and a Howard Hughes Medical Institute investigator, has been named the recipient of the 2019 Breakthrough Prize in Life Sciences in recognition of her pioneering work in the development of super-resolution microscopy techniques that have transformed research capabilities in fields from chemistry to biology to medicine.

“I was thrilled [to receive this news],” Zhuang said. “It is really a remarkable honor. Being recognized is gratifying, but as scientists we don’t work with a goal of winning prizes. We do science because we love it and we love making discoveries and understanding how things work … but this is a very pleasant surprise.”

Sometimes called the “Oscars of Science,” the prizes are the richest in the field, with winners receiving $3 million. In addition to the life sciences, prizes are handed out in mathematics and fundamental physics.

Thus far, Zhuang said, she hasn’t contemplated how to spend the money that comes with the prize.

“I have to say I have not been thinking about it at all,” she said. “It’s one of those things … honestly, I don’t know. Maybe when it sinks in and I receive the money, and I have to really think about it, then I’ll make a decision.”

Zhuang was selected for the prize by a committee made up of past laureates, “for discovering hidden structures in cells by developing super-resolution imaging — a method that transcends the fundamental spatial resolution limit of light microscopy.”

The technique Zhuang developed — called stochastic optical reconstruction microscopy, or STORM — allowed researchers to use optical microscopes to see objects believed to be too small to be seen by conventional light microscopes.

“My broad interest is in understanding the nature of living things — how life arises from the collective actions of molecules, i.e., the molecular basis of life,” Zhuang said. “We love to study living systems by imaging, but there are challenges to that approach.”

One of the main challenges, she said, has to do with the size of the objects that researchers want to observe in living systems.

“Our bodies are made up of cells which range in size from about 10 to 100 microns in size, or about the width of a human hair,” Zhuang said. “Inside a cell, there are many types of molecules that form intricate networks of interactions that control its function and behavior.”

Even the larger of those molecules, called biomacromolecules, such as proteins, RNAs, and DNAs, are often only several nanometers in size — some 10,000 times smaller than the width of a hair. 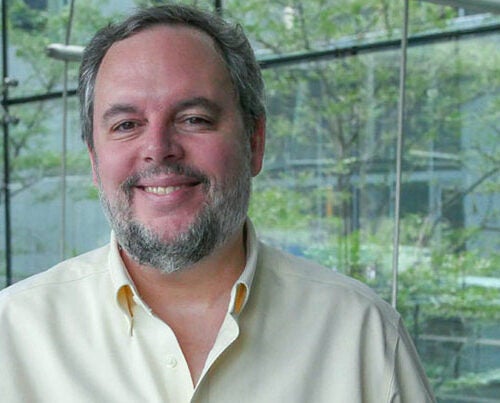 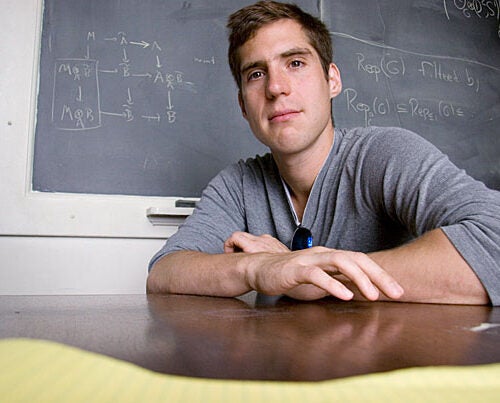 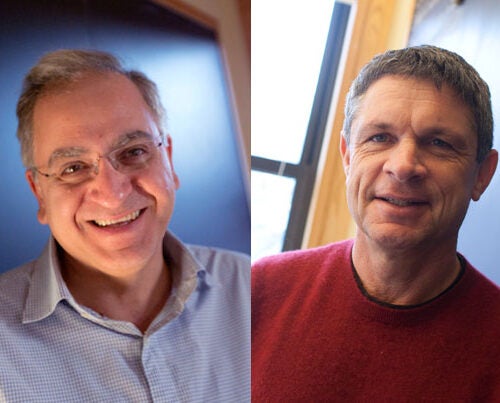 The problem, Zhuang said, was that a fundamental physical property called the diffraction limit capped the resolution of conventional light microscopes at about 200 nanometers, or half the wavelength of visible light.

“That is still about one to two orders of magnitude too large to be able to directly resolve these molecular interactions,” Zhuang said. “STORM is one of the major super-resolution imaging methods that overcomes the diffraction limit, so now we can achieve resolution that is much better than 200 nanometers, as high as a few nanometers in some cases … and we can look inside cells and see how these molecules interact and how they function with much better clarity.”

When Zhuang and colleagues put those tools to use, they discovered a number of novel cellular structures, including a periodic membrane skeleton in neurons made of rings of a protein called actin that are evenly spaced by a second protein, called spectrin. They also discovered a new understanding of how genetic material, DNA, is packaged inside the cell.

Ultimately, Zhuang said, making those types of discoveries is among the most gratifying parts of her career in science.

“It feels particularly rewarding, and it’s a great feeling that we can make new biological discoveries using new methods we ourselves invented,” she said.

In 2001, she joined Harvard’s faculty, and was promoted to full professor in 2006. She has received a number of prizes and awards, including the 2018 Dr. H.P. Heineken Prize for Biochemistry and Biophysics from the Royal Netherlands Academy of Arts and Sciences.