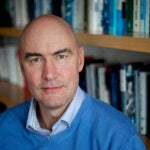 Nanotechnology is booming, and not just in the lab. In recent years, industry has embraced the unique properties of tiny particles in everything from medicine to airplane design to doughnut frosting.

Philip Demokritou is an associate professor of aerosol physics and director of the Harvard T.H. Chan School of Public Health’s Center for Nanotechnology and Nanotoxicology. Like the vast majority of chemicals in consumer products, emerging nanomaterials rarely receive safety testing, he notes. That’s why he and his colleagues are promoting an approach that incorporates safety testing in design.

Demokritou sat down with the Gazette to talk about the aims of the center, its recent work on novel nanoparticles, and the potential benefits of a safer-by-design approach.

GAZETTE: Can you define engineered nanoparticles for us?

DEMOKRITOU: To put things in perspective, one nanometer is 100,000 times less than the human hair diameter. So it’s very tiny. You put five carbon atoms next to each other and you barely reach the one-nanometer scale.

So nanoscale for nanotechnology is defined as the one- to 100-nanometer range. Down in that size range, materials have unique size-dependent properties, different from the properties of the “bulk” material due to the so-called quantum effects, which are surface- rather than volume-driven phenomena. That’s what really makes these so-called nanoscale materials exciting. We do have the tools nowadays to put molecules together and make engineered nanomaterials with unique functional properties that can be used in almost every field of science and applications.

GAZETTE: So a small-enough compound will behave differently from larger particles made of the same stuff?

DEMOKRITOU: Exactly. It has unique physical, mechanical, electronic, thermodynamic, and optical properties. And that’s good stuff, because we can use them in a gazillion applications.

On the other hand, that’s also where the nanotoxicology part comes into play. These materials also have unique biological properties, because nano is also the scale of nature, in terms of biology.

They can interact with proteins and other biomolecules and bypass biological barriers more than the bulk materials. They can enter into cells. They can become systemic if you inhale or ingest them. So they behave differently at the molecular, cellular, and organism levels. More importantly, with the dramatic increase of nano-enabled products entering the market every year, human and environmental exposures are inevitable, which raises concerns in terms of the environmental health and safety of such emerging nanomaterials. That is why a new field called nanotoxicology, or nanosafety, has evolved over the last decade or so and focuses on assessing such potential implications.

In 2010, we decided to establish a nano-related center, which is unique in the sense that it brought together two communities across Harvard: Scientists who synthesize these unique nanomaterials, and environmental health experts to understand biological and toxicological effects across the exposure-to-disease continuum. We then started actually making some of these engineered nanoparticles in my lab.

GAZETTE: We’re talking about engineered nanoparticles and you’re saying business is booming. I think that’s news to people. Are consumers using them every day without knowing?

DEMOKRITOU: Yes. There is no labeling system in place.

If you go 10 to 15 years back, the cosmetics industry started labeling their products “nano-enabled.” But when they realized that people started worrying about the implications, that labeling disappeared. There are no rules in place that force the industry to label a product as nano-enabled. In other words, they’re responsible to name the chemicals in the product, but they won’t tell you if it’s in the nanoscale or not. They’ll tell you there’s silver in this product, but they won’t tell you it’s nanoscale silver.

GAZETTE: What’s the difference? Do we know how silver behaves differently at the nanoscale?

DEMOKRITOU: We use silver and gold in lectures all the time, because you can fine-tune their optical properties just by changing the size.

From the beginning, we were also intrigued by the potential applications. We started making some nanoparticles in my lab to test their toxicological footprint, as well as using our cellular and animal models.

“If you have a laser printer in your office, you’re most likely inhaling engineered nanoparticles released during printing.”

GAZETTE: Is it safe to say that there are nanomaterials out there that consumers are using that we really don’t know the safety profile of?

DEMOKRITOU: Of course. The new motto for many industries is “the nano the better.”

Do you know that your laser printer is nano-enabled, in a sense? We probably published 20 papers on that. If you go back 15 to 20 years, photocopiers and printers were emitting ozone. So when the EPA regulated the ozone levels indoors, the industry needed to change the hardware to eliminate the ozone generation.

The ozone was generated because of the way photocopiers and printers worked. The particles in the toner are powders 20 microns in size. The way that the system works is the particles need to be charged and then a photosensitive drum draws a picture and, based on the charge, the particles go and stick on the paper.

To create this charge, old technology used to have a corona system in place, which is a needle with high voltage that breaks apart oxygen and creates ions. That charges the particles but creates ozone as well.

The industry had to come up with a new technology. They said, “Engineered nanoparticles, especially metallic nanoparticles, have a charge on their own. And they’re tiny. Why don’t we throw these tiny, engineered nanometals and metal oxides in the toner so the toner particles are already charged?”

They’ve done that and solved the ozone problem. But they created another problem. We proved that these nanoparticles released from nano-enabled products — in this case toner — are highly bioactive when inhaled and might be deleterious to the lung and beyond. If you have a laser printer in your office, you’re most likely inhaling engineered nanoparticles released during printing.

“There are close to 4,000 chemicals entering the market every year in the United States; only 2 to 3 percent of those go through toxicological testing. The rest: You and I are the test animals here.”

GAZETTE: What is the attraction to nano generally?
DEMOKRITOU: It enables us to do things better, create new functional materials, and enhance applications. You can make materials stronger but lighter, for example, carbon nanotubes and carbon nanofibers. We have Boeing’s 787 Dreamliner. It is made out of carbon nanofibers because they’re 1,000 times stronger than steel, but lighter.

The reason our phones are getting smaller and smarter is nanoelectronics. The sunscreen we’re using nowadays is translucent, transparent to light, because the particles are getting smaller and they allow light to go through while UV is blocked at the same time. Batteries, that’s another field. The reason we have Tesla and other companies now, that manage to create these powerful, compact, and lighter batteries, is because they switched to nanomaterials. Nanomedicine introduced lifesaving breakthroughs using nanomaterials in both diagnostic and therapeutic applications.

GAZETTE: Are there other centers like yours that evaluate nanotoxicology?

DEMOKRITOU: Certainly there are centers and groups that are focusing purely on nanotoxicology or nanomaterial synthesis and applications.

In our center, we follow a more interdisciplinary approach. We bring the applications and environmental health and safety communities together. Our approach is to integrate exposure and material science, in vitro and in vivo assessment of biologic responses, and nanotoxicology risk assessment to facilitate science-based decision-making to minimize potential environmental health impact. We are using the convening power of Harvard to bring together all stakeholders, including industry, academia, policymakers, and the general public, to maximize innovation and growth of nanotechnology and minimize environmental and public health risks.

We live in interesting times, and innovation and technology will only increase exponentially along with our exposures to emerging chemicals, nanomaterials, and the like. In my humble opinion, when it comes to such advanced materials, or any emerging chemicals, we need to change the modus operandi.

There are close to 4,000 chemicals entering the market every year in the United States; only 2 to 3 percent of those go through toxicological testing. The rest: You and I are the test animals here. And that’s not good, because there are lots of examples out there where we had to go and clean up the mess 20 years later. And in the meantime, lots of people got sick and died. Asbestos is an example. PCBs is another example.

So that’s why by design our nano center brings the two worlds together. We want to test them at the same time we develop nanomaterials. That gives you the opportunity to go back and fine-tune properties and make sure functionality is preserved while toxicological footprint is kept at a minimum. 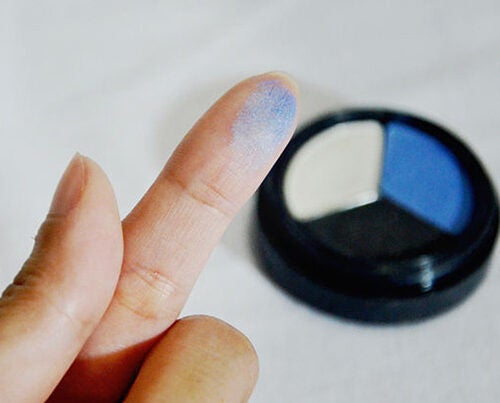