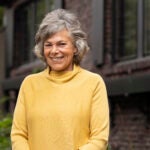 Despite malaria remaining a major disease, infecting more than 200 million people and killing nearly 500,000 a year, such great progress was made against it that the World Health Organization (WHO) in 2015 set a global target for eliminating the illness in nearly three dozen countries by 2030.

Now, however, progress has stalled. The 216 million cases of malaria reported in 2016 were 5 million more than the cases reported in 2015, according to WHO.

In recognition of this, Harvard Divinity School and the Harvard T.H. Chan School together hosted a panel of Anglican bishops from Africa on Thursday to discuss the role of faith and communities in working to end malaria and save lives. Wirth served as a moderator, along with HDS Professor of African Religious Traditions Jacob Olupona. 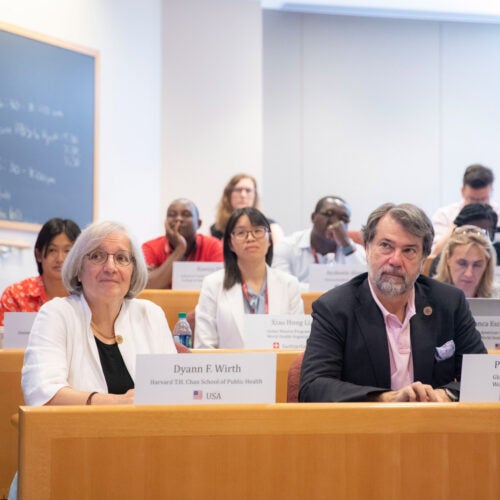 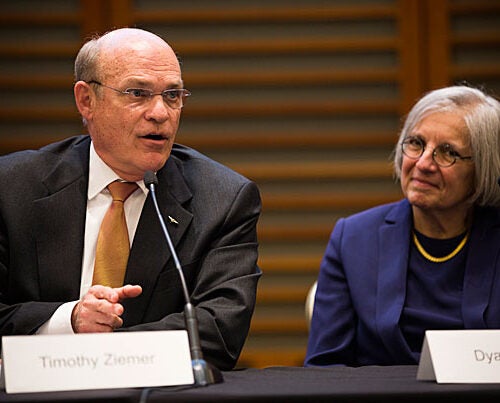 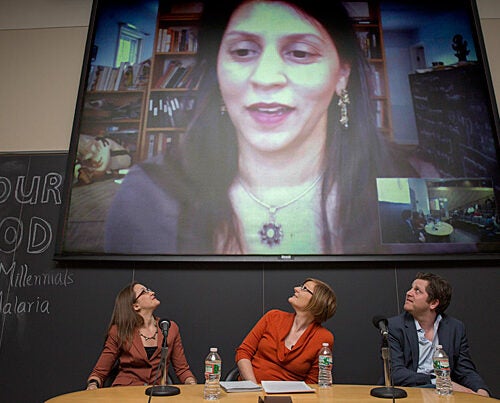 Disease has been resilient, speakers say, and efforts to eradicate it require a local focus

Malaria has the greatest impact in Africa. The disease led to the deaths of an estimated 445,000 people in 2016, according to WHO, with nearly all of those cases — 91 percent — located in Africa. Children under the age of 5 made up 285,000 of those deaths, according to WHO.

Bishop David Njovu of Zambia said that education, trust, and acknowledging the role of faith in community members’ lives is crucial

crucial to helping curtail the disease, especially in remote areas where health facilities do not exist. In those areas, he said, a sick person’s first stop is a traditional healer.

“We don’t go there to condemn a traditional healer, because as soon as you do that, you create a gap,” he said. Instead, Njovu brings along a health care teacher or professional to try to win over community members by teaching them what malaria is and how it is contracted.

Winning over community members requires religious heads to lead by example, Njovu said. When testing is offered in a community, Njovu and a village leader are the first people to accept it to show that they believe in what they are preaching. After the test, Njovu offers a prayer and a blessing.

“That way we are saying conventional medicine and prayer are going together to heal someone. That’s the way we approach this,” he said. “We don’t go there to fight because if we fight, it will be a lose-lose situation.”

“We are not doctors, but we are the leader in the communities, and the community trusts in us.”
— Bishop André Soares of Angola

Bishop André Soares of Angola said his country still has a long way to go in controlling malaria. He said his government has called the church a social partner as it recognizes the number of people who attend services or interact with the church.

“We are not doctors, but we are the leader in the communities, and the community trusts in us,” he said.

The bishops traveled to the U.S. to spread their message and raise awareness about the many lives still claimed by the disease and the amount of progress made when funding is increased. In addition to speaking at Harvard, the bishops met with representatives at the United Nations and with members of Congress in Washington, D.C.

HDS Dean David N. Hempton recognized the bishops’ work mobilizing resources and leveraging their communities and networks to address the problem, and urged an ongoing dialogue about the interconnections of faith in public health and public health in faith.

Also participating in Thursday’s event at the Divinity School were representatives of Harvard’s Defeating Malaria: From the Genes to the Globe initiative, HDS’ Center for the Study of World Religions, the J.C. Flowers Foundation, and Kenneth Staley, global malaria coordinator for the U.S. President’s Malaria Initiative.

“Faith communities play a big role in what we’re doing in these countries,” said Staley. “Religious leaders and communities of faith really are integral in being able to connect individually with each person in each village and each city to really understand how they can protect themselves from malaria and how they can help others.”