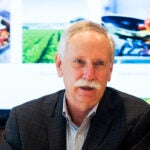 Disease has been resilient, speakers say, and efforts to eradicate it require a local focus

Malaria is like a metal spring compressed by the massive effort to suppress it, one analyst said. Authorities have to finish the fight against the disease or it will rapidly uncoil and roar back, as it did after the failure of 1950s-era eradication efforts.

“If we relax our efforts, even for a moment, this thing will come back and be worse than before,” said Sonia Shah, a science journalist and author of the 2010 history of malaria, “The Fever.”

Shah acknowledged that malaria is a difficult opponent, partly because it is so widespread — with 207,000,000 cases in 2012 and 627,000 deaths — partly because its biggest impact is in parts of the world with few resources, partly because traditional healers are often the first to treat sufferers, and partly because many people in malaria-endemic countries have already gotten the disease so often they can be blasé about it.

Shah compared it to driving a car in this country: Many people die in car accidents, but people drive so much that most don’t worry about the dangers when they hop behind the wheel. That perception that malaria is low-risk is partly due to familiarity, but also because many adults who have had repeated cases have developed some immunity to it, so their cases are relatively mild.

Shah was part of a panel that discussed malaria on Monday at the Barker Center’s Fong Auditorium. The event, “In Our Blood: Challenging Millennials to End Malaria,” was sponsored by the Harvard Undergraduate Global Health Forum, along with the Harvard Defeating Malaria Initiative. It featured Shah, Kate Otto, a global health consultant with the World Bank, and John Brownstein, associate professor of pediatrics at Harvard Medical School and Harvard-affiliated Boston Children’s Hospital. It was moderated by Maggie Koerth-Baker, a science journalist and Nieman Fellow at Harvard this year.

Panelists questioned whether today’s strategies are most effective at the community level, or whether the success of certain strategies in attracting funding may make them more popular than others that might be just as effective. Shah said that the final eradication of malaria in the United States is often attributed to the discovery of the pesticide DDT, but malaria here was actually on the decline before DDT came on the scene. It was put on the run by practices such as draining wetlands, upgrading housing, and paving dirt roads, where standing water provided potential breeding sites for mosquitoes.

Panelists said institutional failures have hampered efforts to fight malaria and resulted in rising drug resistance in the parasite, widespread counterfeiting of malaria drugs, and insecticide resistance in the mosquito that delivers the parasite. They also said solutions must reflect local concerns and values to be effective.

But there have been positive developments. Recent renewed efforts have pumped billions of dollars into the fight against the disease at a time when technology has provided what Otto called “one of the greatest discoveries of the 21st century” — the cell phone. The communications revolution in the developing world has led to drastic changes in just the past five years, Otto said, providing new ways to communicate, to reach patients and providers, to order supplies, and to perform other functions that previously weren’t easily possible. Today, Otto said, she can reach someone in a rural Ethiopian village as quickly as she can a colleague down the hall, a change that provides immense opportunity.

Otto urged students eager to join the fight against disease to consider whether their efforts are directed in areas that are truly useful, or instead are in areas that are appealing because they offer a quick result.

“When we aim to do good in the world, we look at what it is that we can do and achieve rather than what is really needed,” Otto said. “We’re encouraged to move quickly and think quickly, to move at the speed of technology.”

Brownstein added, however, that technological innovations are still needed in public health and that there are many areas where a small improvement can make a difference, even through “a little chunk at a time.”

“We’re hoping this discussion is not relevant only to malaria but to all global health issues,” Mulaney said.