An artist of his times, and ahead of them 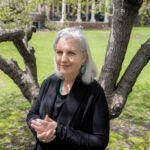 Young, passionate, and wholeheartedly engaged in the pressing social issues of his day, Théodore Géricault was not only one of the most influential artists of the Romantic period, he may be said to have prefigured modern art. Despite his short life — the French artist died in 1824 at the age of 31 — Géricault’s choice of materials and subject matter make him particularly pertinent to today’s media-savvy audience.

Although best known for his epic painting “The Raft of the Medusa” (now in the Louvre), Géricault also worked in lithographs and other easily reproduced media such as drawings in ink, graphite, chalk, and crayon, to share his work and extend his influence. Examples of these more intimate pieces, including several small and finely worked studies for the massive oil painting, now form the core of the Harvard Art Museums’ “Mutiny: Works by Géricault,” on view in the third-floor research gallery through Jan. 6, 2019.

The bulk of the pieces in the four-part show come from the museum’s own Grenville L. Winthrop collection, one of the most comprehensive of Géricault in America, according to curator A. Cassandra Albinson, Margaret S. Winthrop Curator of European Art.

“This is a great collection and also a great teaching collection,” she said. “You can pretty much tell a fairly comprehensive story of Gericault’s career just from the Winthrop collection.” To do this, the show is arranged roughly chronologically, with sections on the artist’s early life, “The Raft and England: Modern Death and Life,” “Printmaking and the Animal Spirit,” and “After Géricault.”

The core collection has been rounded out by pieces on loan from area collectors, many of whom likely learned about the artist from the Winthrop bequest, which came to Harvard in the 1940s. Although the lenders have chosen to remain anonymous, Albinson identified them as “people who have spent a lot of time at the museum. As collectors and scholars they were exposed to the riches of the Winthrop collection, and you see it in what they chose to collect themselves.”
With this show, another generation will come to know Géricault. In part that is because, along with Ewa Lajer-Burcharth,  the William Dorr Boardman Professor of Fine Arts, Albinson is teaching the undergraduate seminar “Romanticism Revisted: Géricault” this semester.  Albinson said young people seem to have a natural affinity for the work, with its “issues of social justice and issues of race.”

Although Géricault painted during a period of peace, the French Restoration, the horrors of war were never far away. For example, his “Return from Russia,” with a mutilated soldier leading a blinded colleague, recalls Napoleon’s ill-fated campaign in graphic detail, while the starving, desperate figures of “The Raft of the Medusa,” refer to a real-life tragedy brought about in part because of political corruption. (The Medusa’s captain was a Royalist political appointee who left his passengers to starve after the ship was grounded.) The painting’s inclusion in a recent Jay-Z and Beyoncé video highlights its continued relevance.

The painting’s pop culture moment also furthers one of the artist’s own aims. As he succumbed to illnesses, Géricault began working more with other artists —and increasingly in lithography, a print process that allowed a broader distribution of his work.

“For the last two years of his life, it allowed him to get his work out there and work with others in a more collaborative way,” says Albinson. The exhibit ends with a selection of works influenced by the artist.

Although it is unlikely that Géricault could have presaged the Carters, the idea remains. “I wanted to think about how he set up his own posthumous reputation,” says Albinson. “I hope to get people to see Géricault as I do — as someone who did push back against the norms.”