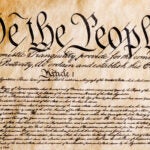 Are there holes in the Constitution?

Reflecting on his experience with the Bloomberg Harvard City Leadership Initiative over the past year, Mayor Greg Fischer thought first of the collective learning for his organization.

“It’s been the most valuable kind of training, lifelong learning experiences, that I’ve had and my administration has had together,” said Fischer, the mayor of Louisville, Ky., and a first-year participant in the initiative.

As the first year ends, the feedback has been positive. 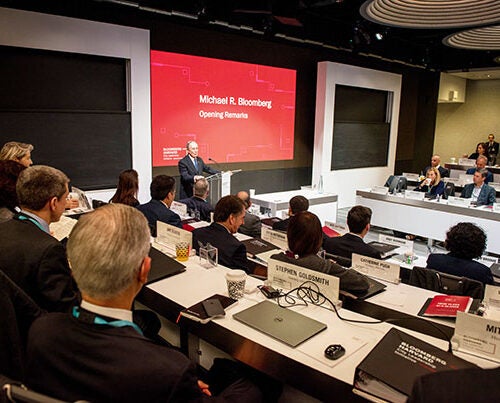 Mayor Rosalynn Bliss of Grand Rapids, Mich., a member of the first-year cohort, noted that the program exposed her to more than one new source of learning.

“In addition to the talented professors who challenged us to think differently about how best to solve community problems,” Bliss explained, “we had the opportunity to connect with and learn from other mayors.”

With an emphasis on leadership, innovation, collaboration, and data-driven decision-making, the program begins each year with an intensive three days in New York City and seamlessly transitions to virtual classes from the HBX Live studio for the rest of the year. Additional support and programming helps each mayor focus on building their leadership skills by applying real-time learning to real-world problems. In Year 1, Fischer was particularly impacted by the public narrative workshop with Marshall Ganz, the Rita E. Hauser Senior Lecturer in Leadership, Organizing, and Civil Society at HKS.

“The storytelling sessions that we did with Marshall, learning how to better express yourself and connect heart-to-heart with your citizens, was really valuable,” said Fischer. “Mayors tend to talk kind of head-to-head, from an intellectual standpoint. But what moves people is heart-to-heart storytelling about the mayor as a person — the constituency as a whole, what we’ve done, or what our challenges are together. That was a great takeaway that I use every day.”

“In addition to the talented professors who challenged us to think differently about how best to solve community problems, we had the opportunity to connect with and learn from other mayors.”
— Mayor Rosalynn Bliss of Grand Rapids, Mich.

Fischer’s cohort included 29 U.S. mayors and 11 from Canada, South America, and Europe. The second group has widened its outreach to Africa and Asia, including mayors from cities in Indonesia and Sierra Leone.

Though specific policy challenges vary between states and countries, many leadership challenges for city officials are consistent worldwide. The initiative’s faculty leaders have found that investing in the local level of government translate to a direct impact on communities.

Rawi Abdelal, an HBS professor and the executive education co-chair for the initiative, said that in many cases, “it is city government that is the most consistent about both vision and pragmatism.”

“Investing in these city leaders means increasing capabilities within the level of government that has the largest influence on citizens’ day-to-day lives,” he said.

The new cohort of mayors aren’t the only ones selected from their cities to attend Harvard classes; each mayor will soon nominate two senior change agents in their administration to spend a year working with them and the initiative to advance the goals they set together. The three-person team will have ample opportunity to engage others in city hall — and beyond — to share in the learning journey and attend classes and workshops.

The initiative is designed to benefit more than the participating mayors and their senior leaders, said Jorrit de Jong, the initiative’s faculty director, executive education co-chair, and lecturer at HKS.

“We educate not just current city leaders, but also future city leaders and people who are currently enrolled in our degree programs,” de Jong said.

This summer, for example, the initiative has 16 Harvard graduate student fellows working in the offices of Year 1 mayors.

“We’ve made it a big focus to expose our students to what we do,” de Jong said. “We want to make them excited about working for cities and expose them to the real challenges our cities are facing.”

Situated in HKS’s Ash Center for Democratic Governance and Innovation, the initiative models itself as a “learning organization,” according to de Jong. The program has evolved as it enters its second year, and is adapting its content in response to feedback from Year 1 mayors.

“We’re asking mayors to think differently, to ask themselves and their organizations tough questions, to pursue innovation with courage, and to accept failure as a necessary ingredient for success,” he said. “As an organization, it’s vital that we also commit ourselves to those principles so we can be creative yet strategic with our program, and practice what we preach.”

In pursuit of new knowledge, the Initiative has engaged in research and curriculum development projects with a number of cities from the first cohort.

“Convening mayors is only the beginning of our partnership with cities,” de Jong said. The initiative has launched three HBS/HKS research projects with Year 1 cities, he explained. They’re looking to produce more actionable data, teaching tools, and case studies that will continue to push what de Jong called ‘the field of city leadership’ forward in academia and on the ground in cities.

“Year 1 taught us that the program resonates with mayors and senior leaders,” de Jong said. “For us, Year 2 is about doubling down on the best HBS and HKS has to offer so city leaders can step up with confidence and leverage skills they learned from each other to better serve their communities.”