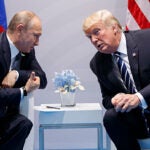 Across most of America, the governments of workaday cities and towns don’t have the luxury or the capacity for the political gridlock that plagues national politics because, for one thing, the garbage would pile up.

Though the federal government draws the lion’s share of media attention, the level of governance that most affects Americans’ daily lives is not in far-off Washington, D.C., but a few blocks away on Main Street.

“Local government is close to the people. Mayors are most immediately held accountable when something goes wrong,” said Jorrit de Jong, lecturer in public policy at the Harvard Kennedy School (HKS) and the initiative’s faculty director. “We also see at this time there’s a moment for cities … Cities feel like they can’t rely very much on the federal government, so they’ll have to deal with social inequality, climate change, and economic development themselves.”

“Nobody else is going to take care of these problems,” de Jong said.

The three-day executive session, which wrapped up July 19, was developed and taught by faculty from HKS and Harvard Business School (HBS) and included comments from Harvard Provost Alan Garber. The gathering was just a start. For the next year, it will be followed up with remote, online sessions through HBS’s HBX Live online learning platform. The initiative also will offer programming for the mayors’ top senior staff members, who will attend a four-day session in New York City next month, de Jong said.

Other aspects of the program, whose Harvard home is HKS’ Ash Center for Democratic Governance and Innovation, include a research effort to identify innovative solutions to the problems facing cities, the development of case studies to teach leaders how to improve city programs, and an internship program that will dispatch Harvard students to work with the mayors. The mayors also will trade their own expertise, learning from each other.

Mayor Sharon Weston Broome of Baton Rouge, La., attended the New York program because, as a new mayor — she took office in January — she felt it was important to take the opportunity to learn.

“I believe the sessions have been very productive, very insightful,” Broome said. “As a leader, I recognize that personal and professional growth is very important … It’s certainly not an opportunity you get every day. It was very valuable to me to get this insight and academic experience so that I can go back and create a community where everyone can thrive and prosper.”

Broome said Baton Rouge, Louisiana’s capital with a population of 220,000, is confronted with many of the same challenges that other cities face. She singled out economic inequality among residents, however, as one she’d most like to tackle. Broome said she will stay connected to the initiative over the next year, which will give her access to technical expertise as she moves forward. In the next four years, the initiative expects to assist 300 mayors and 400 senior staff, from both the United States and abroad.

In an op-ed in The Boston Globe last August announcing the initiative, Bloomberg and Harvard President Drew Faust said that leading a city is one of the most complex jobs around, entailing overseeing bureaucracy, delivering services to residents, drafting and managing budgets, building infrastructure, responding to crises, and building coalitions among legislators to further goals. Despite these needs and the public expectation that mayors govern at a high level, there are very few educational opportunities to help them do that once they’re in office.

“As more and more people around the world live in cities — nearly two in three Americans already do — how well cities are run will affect the future of the planet in profound ways,” Faust and Bloomberg wrote. “Helping mayors accomplish their goals and enhancing the performance of local governments would contribute to significant improvements in people’s lives.”

De Jong said that the program is nonpartisan and that the inaugural sessions were designed to deal with different topics each day. The first day was dedicated to the local impact of global issues such as climate change, immigration, and the economy. Day two was devoted to developing a culture of innovation and continuous improvement in city government, and how to utilize data to find better solutions. The last day focused on exercising public leadership and strategic communication to mobilize people and create broad support to drive change.

“It’s really a nonpartisan approach,” de Jong said. “Innovation is good for conservatives and liberals. [We’re] trying to do more good with less money. We’re not making government bigger, but making it stronger.”

Mayors were asked to prepare for the program by reading case studies and identifying a priority — fighting blight, ending homelessness, boosting economic development — they can work on through the year.

“This is a three-day time commitment, but a yearlong engagement,” de Jong said. “It’s a really diverse group of leaders, all selected based on their commitment to innovation.”

A unique aspect of the initiative is its shared focus on mayors and senior aides. De Jong said that is because organizers recognize that a mayor — however energized by the session — will be inundated on returning to the office. Providing similar programming for senior aides is a way to boost support for the mayors’ initiatives, as well as to improve the chances that progress will be maintained over a year.

“I think that’s extremely helpful,” Mayor Ethan Berkowitz of Anchorage, Alaska, a College alumnus, said of the inclusion of senior staff. “Leadership is a team effort because of diffusion of responsibility and delegation of authority, and there is the necessity to work together if you’re to achieve substantial results.”

Berkowitz said that while Anchorage faces challenges similar to other cities, it is also coping with Alaska’s economic downturn and the state’s fiscal crisis, related to the heavy dependence on oil revenues at a time of low prices. Another unique challenge, he said, involves the changing environment as the Arctic warms.

“I think local government is the last bastion of functional government in the country right now. Washington, D.C., is wildly dysfunctional, and state governments are also consumed with partisan combat. But the actual delivery of the services and infrastructure that affect people on a daily basis … is now squarely on local government,” he said. “I think this has been extremely productive, in terms of re-energizing and refocusing, and that to me is very critical.”