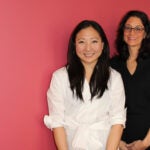 Three are recognized for their service to the University

First awarded in 1981, the Harvard Medal recognizes extraordinary service to the University. Harvard President Drew Faust will present the medals on Commencement Day, May 24, during the annual meeting of the Harvard Alumni Association, which is held during Commencement’s Afternoon Program.

Robert Coles is a beloved member of the Harvard community. As an alumnus, professor, Pulitzer Prize-winning author, and clinician, Coles has inspired many to answer the call of public service.

A child psychiatrist by training, Coles started his career at Harvard as a research psychiatrist in 1963. Two years later, he began teaching at Harvard Medical School, becoming a professor of psychiatry and medical humanities. Three decades later, he was named the James Agee Professor of Social Ethics at the Harvard Graduate School of Education. By his retirement in 2007, he had taught at several Schools across Harvard, weaving his medical training with literature and anthropological fieldwork to dig deeply into the social problems of our world. Students flocked to his courses, including the popular General Education 105, “The Literature of Social Reflection.”

The Robert Coles “Call of Service” lecture and award series honors both Coles — a former Phillips Brooks House Association (PBHA) volunteer and trustee — and his book “The Call of Service,” which examines the idealism PBHA seeks to instill in its student volunteers.

A celebrated recipient of such awards as a Pulitzer Prize for general nonfiction for his work “Children of Crisis” in 1973, a MacArthur Fellowship in 1981, the Presidential Medal of Freedom in 1998, and the National Humanities Medal in 2001, Coles was nominated by his Harvard College Class of 1950 to serve as chief marshal in honor of the class’s 25th reunion.

Coles and his late wife, Jane Hallowell Coles ’59, raised three sons, all of whom graduated from Harvard College. Coles resides in Concord, Mass.

Robert N. Shapiro is a deeply committed and loyal Harvard University citizen who has truly embraced the theme of “One Harvard.” He has served with great distinction in numerous capacities spanning the Harvard and Radcliffe Class of 1972, the HAA, the Harvard Law School Association (HLSA), and University governance.

A former Lt. Charles H. Fiske III Scholarship recipient, which sent him to study at Trinity College, Cambridge, Shapiro is a longtime member and former chair of the HAA’s Harvard-Cambridge Scholarships Committee that is responsible for selecting the scholars each year from among Harvard’s graduating seniors.

Shapiro served as the president of the HAA from 1991 to 1992 and as president of the HLSA from 2000 to 2002. In 1996, he received the HAA Alumni Award, recognizing his longtime service and leadership to alumni and the HAA. As a member of the Harvard Board of Overseers from 2006 to 2012 and vice chair of the board from 2011 to 2012, he served on 12 different visiting committees. He was an Overseer member of the Harvard Corporation’s governance review committee in 2010 and the subsequent search committee for new Corporation members. In addition, he currently serves on the Radcliffe Institute for Advanced Study’s Dean’s Advisory Council and Harvard Divinity School’s Leadership Council.

His career began at the Boston law firm Ropes & Gray in 1979. A partner in the private client group from 1987 until 2016, Shapiro now serves as the chief executive officer of Ropes Wealth Advisors. He is also president of the trustees of the Peabody Essex Museum. He lives in Cambridge, Mass.

Alice “Acey” Welch has worked tirelessly, persistently, and optimistically in the pursuit of making Harvard a more inclusive environment. A strong behind-the-scenes presence, she has been a persuasive influence on the Committee for the Equality of Women at Harvard (CEWH) and the force behind the envisioning and founding of the HAA Shared Interest Group (SIG) the Alumnae-i Network for Harvard Women (ANHW).

For more than two decades following her 35th Radcliffe College reunion, Welch worked with her classmates and other Radcliffe women to launch and lead the CEWH — a group of nearly 2,000 dedicated to increasing the number of tenured women faculty at Harvard and furthering the sense of belonging for women on campus. As a steering committee member and then co-chair, she spoke often with members of the faculty and administration and made a lasting impact.

Welch was again a principal voice for bringing Harvard alumnae together with the creation of the ANHW, serving as president from 2014 to 2016. This group is a vibrant intergenerational community of Harvard and Radcliffe alumni working to increase and strengthen the presence, voice, and leadership of women within Harvard and society at large. The group also worked in conjunction with the HAA and other SIGs in the planning and execution of Harvard Women’s Weekend in fall 2016. In 2017, Welch received the HAA Outstanding Clubs and SIGs Contribution Award for her efforts.

Having majored in architectural sciences at Radcliffe, Welch was a technical illustrator and ultimately a graphic artist. She was married to the late Richard Welch ’53 and lives in Concord, Mass.