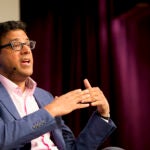 A neural circuit mechanism involved in preserving the specificity of memories has been identified by investigators from the Massachusetts General Hospital (MGH) Center for Regenerative Medicine and the Harvard Stem Cell Institute (HSCI).

They also identified a genetic “switch” that can slow down memory generalization — the loss of specific details over time that occurs in both age-related memory impairment and in post-traumatic stress disorder (PTSD), in which emotions originally produced by traumatic experiences are elicited in response to innocuous cues that have little resemblance to the traumatic memory.

“The circuit mechanism we identified in mice allows us to preserve the precision or the details of memories over the passage of time in adult as well as aged animals,” says Amar Sahay of the MGH Center for Regenerative Medicine and HSCI, corresponding author of a paper appearing in Nature Medicine. “These findings have implications for the generalization of traumatic memories in PTSD and for memory imprecision in aging.”

Memories are generated in the seahorse-shaped brain structure called the hippocampus and stored in the prefrontal cortex at the front of the brain. Memory formation involves cells in a portion of the hippocampus called the dentate gyrus, and memories are thought to be conveyed to the prefrontal cortex via the CA subregions of the hippocampus, specifically subregions CA3 and CA1. The hippocampus also is believed to play a continuing role in the stabilization of memories in the cortex — maintaining the precise details that keep one memory from being confused with another and preventing issues ranging from not being able to remember last week’s dinner selections to age-related memory loss. 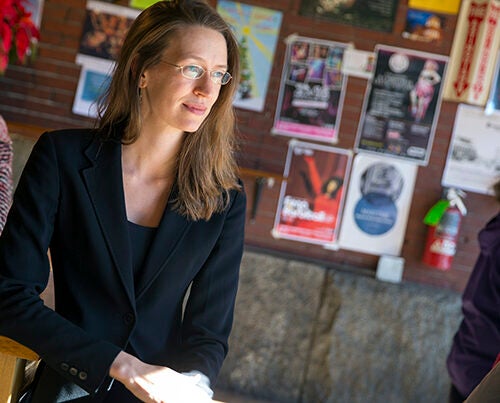 Study zeroes in on how humans interpret visual environment 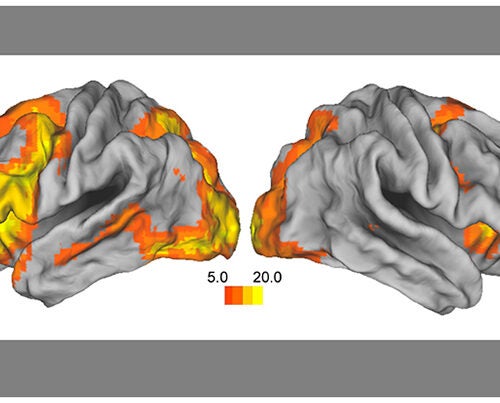 Hyperactivity of this hippocampal circuitry has been observed in aged animals — rodents, non-human primates, and humans — and alterations in hippocampal structure are seen in patients with PTSD. The current study was designed to investigate the hypothesis that inhibitory signals passing from dentate gyrus cells (DGCs) to the CA3 subregion help constrain hyperactivity and maintain the stability and precision of memories over time.

A key finding by Sahay’s team was identification of a protein called abLIM3 — highly expressed in DGCs but absent in the CA field of mouse brains. The protein acts as a molecular brake on the inhibitory signals DGCs exert onto the CA3 subregion. Experimental manipulation of abLIM3 levels in DGCs in adult mice revealed that decreasing abLIM3 levels increased the delivery of inhibitory signals to CA3 neurons. A series of experiments with mouse models showed that manipulation of abLIM3 levels within DGCs could slow down the process of memory generalization.

Using a classical behavioral-conditioning protocol, the investigators first trained the animals to expect an unpleasant sensation, a mild but not painful foot shock, in a particular context, such as being placed into a box with dark walls. Typically, when animals are placed in the same context, they will “freeze” in expectation of the shock but will not react to a context not associated with the shock, such as a box with light walls. But after two weeks, the memory will generalize and the animals will “freeze” when placed in any context, even one with little resemblance to that in which they received the foot shock.

In contrast, decreasing abLIM3 levels within DGCs maintained the specificity of the memory over time so that, even two weeks later, the mice would only freeze when placed into the foot-shock-associated context. The investigators also found that decreasing abLIM3 levels in aged mice reversed age-related alterations in DGC-CA3 circuitry and improved memory precision. A recent study by another group found significantly increased abLIM3 levels in the circulation of aged humans who are beginning to show signs of memory impairment.

“Our ability to improve memory precision in both adult and aged mice by essentially ‘flipping a genetic switch’ suggests that targeting abLIM3 expression in DGCs may lead to similar improvement in aged humans, a strategy we are actively pursuing,” says Sahay, who is an associate professor of psychiatry at Harvard Medical School and principal faculty of the Harvard Stem Cell Institute. “Since overgeneralization of traumatic memories is a hallmark of PTSD, we are also keen to assess abLIM3 levels in patients with PTSD and investigate whether reducing abLIM3 expression could prevent the activation of traumatic memories.”

Support for the study includes National Institutes of Health grants R01 MH104175, R01 AG048908, and 1R01 MH111729 and support from the Ellison Family Foundation. A patent application covering the targeting of abLIM3 to improve memory precision in aging and PTSD has been filed.