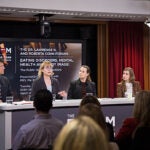 Giving weight too much weight

Many women report forgetfulness and changes in memory as they transition to menopause. But studies that target participants who are 65 and older do not account for cognitive changes that may take place decades earlier in a woman’s life.

By studying women ages 45 to 55, investigators at Harvard-affiliated Brigham and Women’s Hospital (BWH) have found that reproductive stage, not simply chronological age, may contribute to changes in memory and brain function. Their findings will be published Wednesday in The Journal of Neuroscience.

“We set out to study cognitive aging from a women’s health perspective. One of the most profound hormonal changes in a woman’s life is the transition to menopause. By shifting our focus to this midlife period, we detected early changes in memory circuitry that are evident decades before the age range traditionally targeted by cognitive neuroscience studies on aging,” said lead author Emily Jacobs, a former member of the Division of Women’s Health and the Department of Psychiatry at BWH. “Aging isn’t a process that suddenly begins at 65. Subtle neural and cognitive changes happen earlier. Considering a person’s sex and reproductive status — above and beyond numerical age — is critical for detecting those changes.” 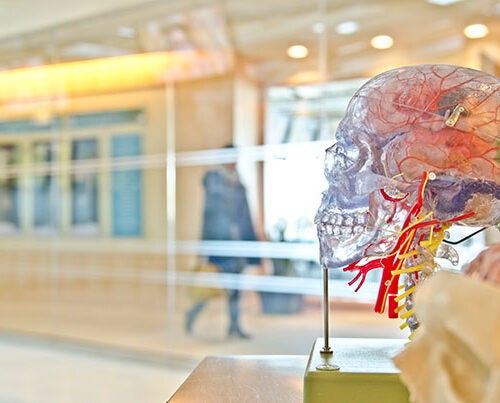 The research team studied 200 men and women, using functional MRI to look at regional and network-level changes in the brain’s memory circuitry. Participants performed a task that tested their verbal memory: They were shown two words on a screen and asked to form a sentence using them, then were later tested on their memory for the words. They also collected information on the female participants’ menopausal status and measured steroid hormone levels, including 17β-estradiol, a sex steroid hormone that declines during menopause.

Overall, the researchers found that when estradiol levels were lower, more pronounced changes in the hippocampus — one of the primary regions of the brain implicated in learning and memory — were seen, and participants with lower levels of the hormone performed worse on the memory task.

“Our findings underscore the incredible variability of the brain as we age and the critical importance and complexity of the impact of sex on aging, including the unique role of sex steroid hormones in memory function,” said senior author Jill Goldstein, director of research at the Connors Center for Women’s Health and Gender Biology at BWH and a professor of medicine at Harvard Medical School. “Maintaining intact memory function with age is one of the greatest public health challenges of our time, and applying a sex-dependent lens to the study of memory circuitry aging will help identify early antecedents of future memory decline and risk for Alzheimer’s disease.”

This work was supported by a National Institute of Mental Health grant to Goldstein, the principal investigator, and a junior faculty career development award to Jacobs from the Office of Research on Women’s Health, the National Institute of Child Health and Human Development, and the Harvard Clinical and Translational Science Center.