Still richer, smarter, greener, healthier, happier — but at a cost? 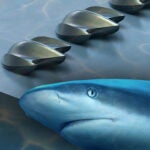 But in “CitiesX: The Past, Present and Future of Urban Life,” a HarvardX course that begins on Thursday, he warns that we need creative thinking to guard against the drawbacks of high-density living.

“Urbanization of the world is proceeding at an enormous rate. The United Nations tells us that we became a majority urban species in 2007,” said Edward Glaeser, the Fred and Eleanor Glimp Professor of Economics. “I think by and large that process is a positive one. When you look at urbanization associated with income, the developing world is associated with happiness, even with health.”

But there are “tremendous downsides of urbanization that need to be managed” — contagious diseases, crime, traffic congestion, and high housing costs, he added.

“I believe that these problems, which are particularly obvious in the great growing metropolises of the developing world, are not a reason to try to shut urbanization down,” said Glaeser. Instead, they are reasons “to take up the vocation of trying to make our cities more livable, more humane, places of opportunity rather than places of permanent slums and segregation.”

Created with HarvardX producers Sarah Grafman and Drew Lichtenstein, Glaeser’s course is a wide-ranging exploration of cities, delving into such social and urban-planning issues as public health, transportation, zoning, and crime. Its 183 videos include about 70 interviews with academics, policy makers, urban leaders, and city residents.

Glaeser said like his best-selling 2011 book, “Triumph of the City: How Our Greatest Invention Makes Us Richer, Smarter, Greener, Healthier, and Happier,” he saw the HarvardX course as “an opportunity to try and get people interested and excited in cities.”

“I know of no pathway out of poverty and to prosperity that doesn’t run through city streets,” Glaeser said. “It’s not that in any sense I believe people should be pushed artificially into cities, but I think it’s a mistake to lean against urbanization as well. The correlations between urbanization and income both within and across countries is enormously strong.”

Glaeser said that income levels in more urbanized countries are five times higher than those in the least urbanized countries, and mortality rates less than a third. He said declining transportation costs, which import food and accordingly have less need for agriculture, contribute to increased urbanization of the poorer world.

Another benefit: Urban economies rely increasingly on intelligence and innovation.

“We are a social species that gets smart by being around other smart people,” Glaeser said. “I think that’s ultimately why cities have come back and have resurged — they are machines for throwing us into a maelstrom of economic activity where we learn from the people around us.”

The successes and failures of cities in the past have important lessons for today’s urban planners, Glaeser said.

“I love the system of night-soil farming in ancient China and Japan, where they essentially sold the human excrement that was created in the city to farmers for use as fertilizer,” he said. “The city managed to make itself healthier by actually commercializing its waste, which is a fantastic idea.”

A more recent, if less successful, example came from New York City’s 19th-century construction of an aqueduct to bring clean water into the city. That project initially failed to prevent cholera outbreaks because the city left it to homeowners to pay for connecting to the system; that same approach has hampered efforts to deliver clean water to sub-Saharan Africa.

Glaeser said the U.S. has long lacked a national urban strategy. Rather than advocating for one, “what I would really hope is that we would stop making policy decisions that stack the deck against cities,” such as subsidies for homeownership and funds for highways without gas-tax revenues, he said.

For urban scholars, he urges more attention to cities in the developing world, noting that research today is heavily weighted to “the wealthy West.”

“We have far too little understanding about what happens in cities that are both poor and, too often, poorly governed, and understanding the right way to use both engineering and institutions in order to make those cities more humane.”