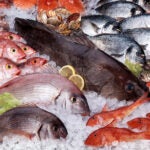 Affordable Care Act is weaker but not dying, though enrollments should fall, analyst says

The broadly revamped tax code that Congress passed in December repealed the individual mandate that has been considered a major pillar of the Affordable Care Act (ACA). Since the change was approved, predictions have been mixed about the impact of the repeal, which doesn’t take effect until next year.

Sommers spoke to the Gazette about upcoming changes to the ACA, which uses a complex combination of carrots and sticks in the form of subsidies and mandates to boost the number of people who have health insurance. Those affected by the law, and potentially by the latest changes, include:

Here are Sommers’ thoughts on what’s to come:

GAZETTE: You have new research out on the Affordable Care Act and surgical care. What did you find?

We looked both before and after the ACA’s Medicaid expansion, comparing the states that accepted it versus those that did not expand. What we found was that patients with these conditions [in states that expanded] were much more likely to have Medicaid and less likely to be uninsured. More importantly, this change in coverage was associated with people coming in earlier. They were less likely to wait until they had complications or more advanced conditions. They also were getting higher-quality surgery, done laparoscopically when it could be, and saving limbs from being amputated, from poor blood flow, for instance. Those changes were consistent and primarily happening for the lower-income Medicaid and uninsured populations in those expansion states.

SOMMERS: The repeal of the individual mandate is likely to have particular effects in the private health insurance marketplaces. Most notably we’ll probably see premiums going up as insurers brace themselves for a sicker risk pool, as some of the healthier people who might have been induced to buy insurance by the mandate don’t sign up. How that will play out in terms of the total number of people covered is not clear. The Congressional Budget Office thought the total might fall by more than 10 million. Other estimates are that the drop will be smaller than that. But it’s likely that at least some people won’t gain coverage.

But it isn’t just those marketplaces that will likely be affected, because there’s this phenomenon with the Affordable Care Act that Medicaid coverage has increased not only among people who gained eligibility from the law, but also among people who were already eligible but not enrolled. This has been called the “welcome-mat effect” or the “woodwork effect” because a lot of people either didn’t know they were eligible for Medicaid or they maybe had enrolled once and dropped out, or they hadn’t completed the paperwork. So the mandate combined with other aspects of the law — better public relations, more outreach, more application assistance — boosted enrollment even in that group that was previously eligible. So eliminating the mandate could erode some of those additional Medicaid gains as well. We’ll have to wait and see before we can firmly conclude what the effects are.

GAZETTE: What do you think the impact of repealing the individual mandate will be on the law’s overall stability? We’ve heard everything from “It’s effectively repealed now” to “It won’t have much impact.”

SOMMERS: I think President Trump said at one point, “Well, we’ve got rid of the mandate so we basically repealed the Affordable Care Act.” That’s an exaggeration. The Medicaid expansion still remains in effect in more than 30 states. Marketplace subsidies [to help individuals afford private insurance] are still available in every state for those who qualify based on income.

Now the loss of the mandate might affect the risk pool. It likely will affect premiums in the marketplace, and it may erode some prior coverage gains. But that’s different than saying we’re going back to 2009, pre-ACA. There are still millions of people who gained coverage through this law who will likely keep it, even without the mandate. It’s far from a total repeal of the law.

GAZETTE: And when we talk about repealing the individual mandate, who does that affect most?

SOMMERS: I would think it’s the higher-income earner in particular: people who maybe don’t particularly value the health insurance they’re getting and don’t get a subsidy for coverage. They’re trying to decide whether they’re going to pay the full cost for the plan or go without and hope they don’t get sick. And if the individual mandate’s penalty for not having insurance was one of the determining factors, taking that away makes a big difference.

For middle- and lower-income people, the biggest inducement to get coverage is probably the premium subsidies, the big tax credit that subsidizes their premium and helps make the insurance more affordable. That part hasn’t gone away. For the working poor, if they’re near or under the federal poverty level, they’re eligible for Medicaid in expansion states. 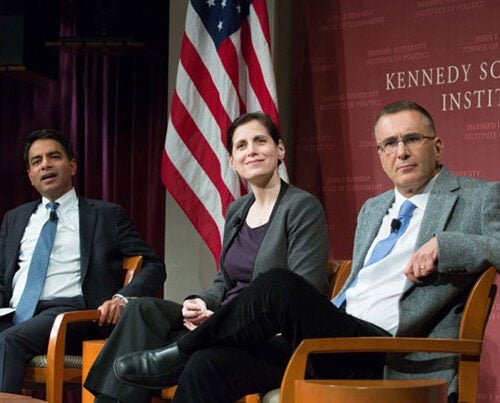 Analysts agree that a new national plan, if there is one, will take some time to create 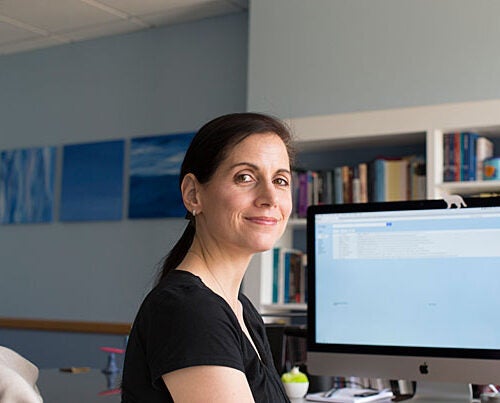 GAZETTE: President Trump has said he was not going to fund some subsidies, and Congress has been talking about legislation to ensure they’re paid, but those are a different subsidy from what we’re talking about here. They don’t go to individuals, but to insurance companies.

SOMMERS: The way that these cost-sharing subsidies have gotten implemented has been somewhat confusing. What happened is that the law requires insurance companies to give discounted copays to lower-middle-income families with marketplace coverage. These are people whose incomes are below the level of 250 percent of the poverty level. When they go to the doctor, they might have a deductible, they might have a significant copay. Based on their income, the insurance company has to discount that for them. That’s the cost-sharing reduction. After the fact, the federal government is supposed to pay back the insurance company for that. That’s how the law was intended to be implemented. What the Trump administration did was freeze the reimbursement to the insurers. So the insurers still have to provide the discounts, but they’re not getting their money back. So what that means is that their only real option is to raise premiums to try to cover that extra cost.

GAZETTE: How different is the ACA now versus when it was passed? There was the Supreme Court decision that made the Medicaid expansion voluntary in different states. There have been different things that have changed the law over time.

SOMMERS: I recently co-authored a piece on the health affairs blog with John McDonough, who works here at the Harvard T.H. Chan School of Public Health [as professor of public health practice in the Department of Health Policy & Management ] and who was also involved in drafting the ACA when he was a staffer in the Senate. What he and I wrote was how the law hasn’t really hit a politically stable point yet. I think many people who worked on the law and who supported it envisioned that by 2018, if the law hadn’t been repealed, it was going to be well-entrenched. The public would have come to appreciate its benefits, and there would be little public debate about overhauling it. That’s clearly wrong.

I have been surprised at how vigorous the push for repeal has remained, even as about 20 million Americans have gained coverage from the law. The most popular it’s ever been was the past year while the Republicans were trying to repeal it, but even then public opinion was pretty closely divided.

The Supreme Court ruling had a huge impact on what the drafters of the law intended. They envisioned this universal expansion of Medicaid for which any poor American would qualify. That hasn’t materialized because 19 states still haven’t expanded, and many of those states have the largest uninsured populations in the country, along with very high poverty rates. You look at Texas, you look at Florida, you look at the Deep South — Mississippi, Alabama — these states that have a lot of uninsured, low-income families that simply have no way of affording coverage. The ACA was supposed to fix that, but the Supreme Court blocked it.

As for the other aspects, enrollment in the marketplaces has been slightly less than anticipated, in terms of the overall change in the uninsured rate. And, of course, the changes under the Trump administration threaten to erode some of this enrollment. So I’d say it hasn’t reached what some would say is its full policy potential, but it has still accomplished a fair bit. It has slashed the uninsured rate to the lowest level it has been in all the years we’ve been tracking this statistic. So it’s been successful in important ways, but not as successful as its drafters envisioned.

GAZETTE: Is it possible that the worst is still to come for the system? Does the individual mandate’s repeal create an unbalanced market that will cause premiums to rise rapidly?

SOMMERS: It seems likely that the market will shrink somewhat and will get slightly riskier and slightly older with the current changes — the mandate repeal as well as the less aggressive attempts to enroll people. The Obama administration did advertising and outreach, and the Trump administration canceled advertising and basically is telling people that the law is dead, so that may have an impact. But we’re not really close to the catastrophic scenario some people have talked about — the so-called “death spiral” in insurance premiums — where the premiums rise so rapidly that everyone healthy drops out and the market kind of collapses. There were a bunch of safeguards in the law, some of which are no longer in effect. The mandate, of course, was one.

But probably the most important safeguard involves the premium subsidies. As long as you still have a majority of the people in the marketplace qualifying for these tax credits, premium increases won’t affect them very much. That’s because the premiums they actually pay are calculated as a percent of their income, and everything above and beyond that is paid for by federal tax credits. As long as those tax credits remain the law of the land, there will be a stable group of people who want to be enrolled in this coverage, see it as a good deal, and try to take advantage of that and stay covered. That’s why I don’t think we’re in danger of the law imploding in the way that some suggest it will.

GAZETTE: There was a recent article about a push to repeal the employer mandate as a next step in assaults on the law. So what’s next with the ACA?

SOMMERS: I hesitate to make a lot of political predictions these days, but my sense is that there is probably not a lot of appetite in the Senate for any major effort to chop away further at the ACA this year. The House is a different story, and congressmen may decide they want to push forward. But in the Senate, those high-profile failures to repeal the ACA happened when they had a 52-48 majority. Now they’re down to 51-49 and midterm elections are coming up.

The most popular parts of the ACA are still in effect, and the least popular part — the mandate — is gone. So the politics of that repeal conversation have actually gotten even worse for Senate Republicans. They have a narrower majority, and they already got rid of the part that many people agree they don’t like. What’s left are things that people mostly are happy with: the tax credits, Medicaid expansion, essential health benefits, guaranteed coverage regardless of pre-existing conditions.

So I think some legislators are going to be reluctant to spend a lot of effort on what ultimately could be another high-profile failure. Instead they can let the administration do its work through executive orders, and wait until after the midterms to reassess.