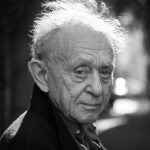 Show at the A.R.T. connects Nigerian women to #MeToo

In America, social change and cultural reckoning can be driven by the internet, as they have with the #MeToo movement.

In Nigeria, playwright Ifeoma Fafunwa hopes they can be driven from the stage.

Female empowerment and speaking out are the key themes in her “Hear Word! Naija Woman Talk True,” playing at the American Repertory Theater (A.R.T.) through Feb. 11.

Based on true experiences, the show weaves together music, spoken word, dance, and song to show what Nigerian women endure in a society that puts men first, turns its back on sexual assault and abuse, and values marriage above all else.

“There are several lines in the play that seem to relate to what’s happening [at] the forefront of dialogue in America,” said Fafunwa of her play’s charged language. Since 2014 her all-female cast has been delivering lines such as “Enough is enough,” “Stand up,” “Accept nothing less,” “It is time for a change,” and “There’s a hashtag for that” — comments that have become rallying cries against sexual harassment and assault in recent months.

Fafunwa debuted “Hear Word!” in Cambridge at the Harvard Dance Center in the spring of 2016. Today she is back on campus for a two-week run of her show at the A.R.T.’s main stage and a fellowship at the Radcliffe Institute for Advanced Study, where she is working on her next production, a play that examines the LBGTQ experience in Nigeria.

Discussing “Hear Word!” on a recent morning in her Radcliffe office, the playwright said the No. 1 goal for a single woman in Nigeria “is to get married.” The importance of marriage is so ingrained in the culture, she said, that it undermines women at every turn.

Even women who perform female genital mutilation do so to satisfy men, said Fafunwa. Those women think they are “ensuring the marriageability of those little girls because they believe the men will say ‘I am not marrying a woman who has not been circumcised, she might be loose,’” she said. “So every violent act, every boxing, every containing, every pushing down of a woman in the society has centered around marriage-worthiness, male appeal.”

After leaving Nigeria Fafunwa and her husband — also a Nigerian — had their first child and the family moved back to the country. It was only then that she began to fully understand the burdens women face there. She watched as they took care of the family, worked outside the home, and tolerated their husbands’ promiscuity — and often, their abuse. They were stressed out, overworked, and, she said, “they did not trust one another.”

Fafunwa said that lack of trust is tied to male promiscuity “and the consistent stroking of the male ego.” She said mothers, daughters, and wives who excuse men’s bad behavior share a large part of the blame.

But things are changing, most noticeably in the business sector, said Fafunwa, who has seen women bonding together for support in recent years. She thinks her work is driving important conversations around change forward. Like the stories told online with #MeToo, she believes true stories on the stage can make a difference.

“You can sit all day in conventions talking about inequality and put data up on the wall all day long, but it’s when people sit inside a room … and hear the heartfelt story of a rape or some sort of attack, [they] pay attention in a different way,” she said.

Fafunwa said she hopes her plays will mobilize African women to start “showing and building instead of waiting,” and teaching their children a better way.

Seen in the context of the broader cultural movement, Fafunwa hopes that instead of looking at the differences between their own lives and the lives of women in Africa, audiences will instead focus on parallels.

“To see this universal story of women’s struggle with the #MeToo just connects the dots,” she said.

Her latest play will again highlight the stories of women, this time those who are struggling in Nigeria’s homophobic culture. In 2014 the country’s former president, Goodluck Jonathan signed into law sweeping anti-gay legislation that made same-sex marriage punishable by 14 years in prison.

Responds Fafunwa, “I am asking the question of women and particularly mothers and grandmothers: How do they feel when their child is attacked [for being gay]?”

Ifeoma Fafunwa will discuss her latest production on Wednesday, Feb. 7 at 4 p.m. at Radcliffe’s Knafel Center.