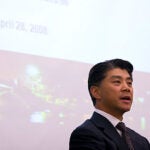 That thing attached to your hand? It might be doomed

Children get plenty of benefits from music lessons. Learning to play instruments can fuel their creativity, and practicing can teach much-needed focus and discipline. And the payoff, whether in learning a new song or just mastering a chord, often boosts self-esteem.

But Harvard researchers now say that one oft-cited benefit — that studying music improves intelligence — is a myth.

Though it has been embraced by everyone from advocates for arts education to parents hoping to encourage their kids to stick with piano lessons, a pair of studies conducted by Samuel Mehr, a Harvard Graduate School of Education (HGSE) doctoral student working in the lab of Elizabeth Spelke, the Marshall L. Berkman Professor of Psychology, found that music training had no effect on the cognitive abilities of young children. The studies are described in a Dec. 11 paper published in the open-access journal PLoS One.

“More than 80 percent of American adults think that music improves children’s grades or intelligence,” Mehr said. “Even in the scientific community, there’s a general belief that music is important for these extrinsic reasons. But there is very little evidence supporting the idea that music classes enhance children’s cognitive development.”

The notion that music training can make someone smarter, Mehr said, can largely be traced to a single study published in Nature. In it, researchers identified what they called the “Mozart effect.” After listening to music, test subjects performed better on spatial tasks.

Though the study was later debunked, the notion that simply listening to music could make someone smarter became firmly embedded in the public imagination, and spurred a host of follow-up studies, including several that focused on the cognitive benefits of music lessons.

Though dozens of studies have explored whether and how music and cognitive skills might be connected, when Mehr and colleagues reviewed the literature they found only five studies that used randomized trials, the gold standard for determining causal effects of educational interventions on child development. Of the five, only one showed an unambiguously positive effect, and it was so small — just a 2.7 point increase in IQ after a year of music lessons — that it was barely enough to be statistically significant.

“The experimental work on this question is very much in its infancy, but the few published studies on the topic show little evidence for ‘music makes you smarter,’” Mehr said.

To explore the connection between music and cognition, Mehr and his colleagues recruited 29 parents and 4-year-old children from the Cambridge area. After initial vocabulary tests for the children and music aptitude tests for the parents, each was randomly assigned to one of two classes, one that had music training, or another that focused on visual arts.

“We wanted to test the effects of the type of music education that actually happens in the real world, and we wanted to study the effect in young children, so we implemented a parent-child music enrichment program with preschoolers,” Mehr said. “The goal is to encourage musical play between parents and children in a classroom environment, which gives parents a strong repertoire of musical activities they can continue to use at home with their kids.”

Harvard study on music and cognition

Children and parents take part in a music training class as part of a Harvard study that explored whether studying music improved cognition among young children.

Among the key changes Mehr and his colleagues made from earlier studies were controlling for the effect of different teachers — Mehr taught both the music and visual arts classes — and using assessment tools designed to test areas of cognition, vocabulary, mathematics, and two spatial tasks.

“Instead of using something general, like an IQ test, we tested four specific domains of cognition,” Mehr said. “If there really is an effect of music training on children’s cognition, we should be able to better detect it here than in previous studies, because these tests are more sensitive than tests of general intelligence.”

The study’s results, however, showed no evidence for cognitive benefits of music training.

“Study One was very small. We only had 15 children in the music group, and 14 in the visual arts,” Mehr said. “The effects were tiny, and their statistical significance was marginal at best. So we attempted to replicate the study, something that hasn’t been done in any of the previous work.”

Just as in the first study, Mehr said, there was no evidence that music training offered any cognitive benefit. Even when the results of both studies were pooled to allow researchers to compare the effect of music training, visual arts training, and no training, there was no sign that any group outperformed the others.

“There were slight differences in performance between the groups, but none were large enough to be statistically significant,” Mehr said. “Even when we used the finest-grained statistical analyses available to us, the effects just weren’t there.”

While the results suggest studying music may not be a shortcut to educational success, Mehr said there is still substantial value in music education.

“There’s a compelling case to be made for teaching music that has nothing to do with extrinsic benefits,” he said. “We don’t teach kids Shakespeare because we think it will help them do better on the SATs. We do it because we believe Shakespeare is important.

“Music is an ancient, uniquely human activity. The oldest flutes that have been dug up are 40,000 years old, and human song long preceded that,” he said. “Every single culture in the world has music, including music for children. Music says something about what it means to be human, and it would be crazy not to teach this to our children.”

The study was supported by funding from the Dana Foundation, and inspired by the work of William Safire.