How a curator sees $450M Leonardo 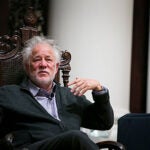 Leonardo da Vinci’s “Salvator Mundi,” or “Savior of the World,” a portrait of Christ dating to about 1500, fetched a record-smashing $450.3 million at Christie’s auction house Wednesday in New York, despite concerns regarding its condition and authenticity. The buyer has not been identified.  The highest previous auction sale for a work of art was $179.4 million for Picasso’s “The Women of Algiers” in 2015.

Cassandra Albinson, the Margaret S. Winthrop Curator of European Art at the Harvard Art Museums, responded by email to questions about the historic sale.

GAZETTE: Why exactly was the price so high for this painting?

ALBINSON: It is said to be the only Leonardo painting in private hands, so this makes his work extremely valuable. Add to that the fact that Leonardo is the most famous artist in the world, and has a secure place not only as a genius in the art world, but within popular culture (a few examples include Dan Brown’s book “The Da Vinci Code” and even last year’s exhibition at the Museum of Science in Boston).

In general, the painting was accepted by Leonardo experts, and was included in a 2011 exhibition on the artist’s work at the National Gallery in London, making it less of a gamble for the potential buyer. It was also treated starting in 2007 by a highly respected paintings conservator at the Institute of Fine Arts, New York University, Dianne Dwyer Modestini. Also, it has a very interesting provenance, having once been in the collection of King Charles I of England, the greatest of all collectors in the British royal family, whose paintings were dispersed after his execution. (Charles I’s collection will be the subject of an exhibition at the Royal Academy, London, opening in January.) Christie’s also marketed the painting very aggressively, with a tour to major art capitals, and extensive materials posted to its website.

GAZETTE: Do you expect to see another record-breaking purchase anytime soon?

ALBINSON: I think it is unique to have an appealing composition by the world’s most famous artist. And the story of its rediscovery is so appealing. It left England for a U.S. collection, and then appeared at a sale in Louisiana, where it was purchased by two dealers for $10,000. So I don’t think this exact scenario will be repeated. But prices in the art market are very high at the moment, with massively wealthy collectors out there.

GAZETTE: Does art like this depreciate, or with time will it only become more expensive?

ALBINSON: That really depends on 1) how the global economy is performing at the time that the present owner should decide to sell the painting, and 2) the consensus of future art historians about the painting itself.

“After Leonardo,” a current installation at the Harvard Art Museums, explores the profound influence of Leonardo da Vinci on his students, followers, and other artists who came under his spell. A group of drawings and prints are on view in a gallery dedicated to the Renaissance (gallery 2540, Level 2), through Dec. 12.