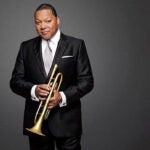 When producer Dana Knox told me the Theater, Dance & Media Department was putting on Adrienne Kennedy’s “The Owl Answers,” I was hesitant to audition. As a performing artist who is still trying to find my voice, I am not always sure of myself.

Even after I auditioned and received a callback, I thought I would be a background character, a role that’s familiar to me. Instead, I was cast as one of two dancers in the ensemble cast. My role? The White Bird who is Reverend Passmore’s Canary who is God’s Dove. The White Bird plays an important part in telling the story of Clara Passmore, the illegitimate daughter of a white man and a black woman in the American South who struggles to define herself.

“The Owl Answers” premiered in 1965, and although it directly explores racial identity, my takeaway was the desire we all have to find our place in the world — and the journey we take to establish our identity.

I’ve been on that journey since the age of 7. As a performer, I identify as many things. I am a songwriter and recording artist. I’m a lyricist, a librettist, and a lyrical ballet dancer. I am writing and producing an original ballet. And I’m trying to figure out how to connect my desires to shape my path as an artist.

“The Owl Answers” gave me tools to help me explore all aspects of my identity as an artist and as an African-American woman. Until now, I had been searching for my voice as a performing artist. What I discovered (and loved) is that taking on the role of The White Bird has allowed me to view creativity through two distinct lenses: the performer and the researcher.

Before our first table read, Theater, Dance & Media (TDM) held a roundtable discussion. Aislinn Brophy ’17, the assistant director, talked about how Kennedy’s exploration of identity plays out in her writing and on the stage. She said that as artists and artistic creators, our identities will inform the work we create

My experiences and identity are innately connected to my work. I am a dreamer and I use my dream world and my imagination in everything I create. As a dancer, particularly in this production, those fantasies are pivotal to helping me move. We are all onstage the entire time and we enter a world that has supernatural and religious occurrences.

David Gammons, director of “The Owl Answers,” said Kennedy’s work is dreamlike. He said that while he was a student in the course she taught at Harvard, Kennedy encouraged “dream logic,” a way to take our dreams and transform them into real-life experiences and incorporate them into our art.

Because I have always been inspired by my dreams, I felt supported by Kennedy’s incorporation of dream logic as it has always been a driving force in my own creations. The table read immediately captivated me. Throughout rehearsals, as we analyzed and interpreted each block in the script, I began to immerse myself in the dream world of Clara, the play’s protagonist. As I came to understand my character’s movements and engagements in a scene, I discovered something new within myself.

Yet another inspiration was performance artist, playwright, and teacher Robbie McCauley, who came to one of our rehearsals and talked about her experience during the Black Arts Movement (1965–75). The arts were a haven for creative African-Americans during that time, and performance art in the black community especially was shaped out of the necessity to not only provide escapism, but also tackle subject matter with what McCauley described as “magical realism.”

That term describe Kennedy’s work as well — and my own. Magical realism incorporates magical or supernatural elements into art while using that art to express a realistic perception of the real world. Kennedy’s language is musical, and the magic in her work is her ability to infuse the natural with the supernatural and use both to tackle serious subjects, such as black identity. It was McCauley who encouraged us to find the “music” of the play.

The magic unfolds onstage and being a part of it, while creating an intimate experience for the audience, gives me a feeling of pure bliss. Not only has this production inspired me as an artist, the process of bringing it to the stage has been a deeply moving journey that has given me the tools to move forward as a performing artist.

Right before dress rehearsal, Knox told me that the process is what’s most important. I’ve taken many roads and encountered many detours along the way, but what I’ve discovered is that it’s not about how you get to your destination, it’s about the journey. And I am thankful for the trip.

La’Toya Princess Jackson is a master’s of liberal arts candidate in dramatic arts at Harvard Extension School. She will graduate in 2019. She has been in three Harvard Dance Project productions. “The Owl Answers” is her second TDM production.