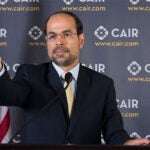 Eight Harvard scientists will receive nearly $8.5 million in funding through the National Institutes of Health’s High Risk, High Reward program to support research into a host of questions, ranging from understanding humans’ music faculty to the growth of axons to storing and reading out information from DNA.

“I continually point to this program as an example of the creative and revolutionary research the NIH is supporting,” said Francis S. Collins, director of the National Institutes of Health (NIH). “The quality of the investigators and the impact their research has on the biomedical field is astounding. I always look forward to seeing what the new awardees are proposing and to watching how it is accomplished over the years.”

“I am absolutely thrilled and honored to have been selected as recipient of the 2017 NIH Early Independence Award,” Badran said. “This funding has already allowed my lab to delve into dissecting ribosomal biology, and we are excited to see how the area of research develops over the course of the next five years.”

Arguably the most ancient molecule on the planet Earth, the ribosome carries out one of the critical functions that biologists use to define life — translating information encoded within the genome into proteins.

Despite its critical role, studying ribosomes and the translation process remains an uphill battle, Badran said, for two reasons.

The ribosome is a wildly complex biological machine — in most organisms it consists of three RNAs and more than 50 proteins. What’s more, because they are an essential requirement for life, even minor modifications to ribosomes or their components can have disastrous consequences for cells, making it a challenge to understand how each piece works.

Badran seeks to understand protein translation by generating slightly modified ribosomes capable of translating just a single gene, which acts as a reporter of activity, while leaving native ribosomes to translate all the cellular proteins needed to keep the cell working properly.

“Through this approach, we have already learned much about the various kinetic parameters affecting in vivo translation and even begun to dissect the origin of the ribosome and translation itself,” Badran said. “Our continued efforts will hopefully illuminate the basic biological principles underlying ribosomal biogenesis and catalytic efficiency. Through this improved understanding, we aim to provide avenues for the production of novel non-proteogenic biomolecules, and perhaps one day robustly predict resistance profiles for commonly used anti-ribosomal antibiotics.”

Lieber plans to use the funding from the NIH Pioneer Award to continue to develop the capabilities of the syringe-injectable mesh electronics for stable monitoring and modulation of neural circuitry.

“We are really excited to bring the unique capabilities of our system to bear on addressing the evolution of neural circuitry associated with natural and pathological aging, and exploring new concepts for ameliorating or even overcoming associated cognitive declines,” Lieber said. “This technology provides a new window into brain science and opportunities for electronic therapeutics.”

It was particularly gratifying, Lieber said, to find that the noted biologists and clinicians who comprised the committee reviewing the grant applications were excited about the potential for the injectable mesh.

“This confirms that my vision is indeed a good one, and I now have the resources to follow through,” he said. “The funding [is] also exciting because it provides us with the flexibility to not only pursue high-risk, but potentially revolutionary new capabilities for the mesh electronics paradigm, [which] will allow us to explore their unique capabilities as a tool to investigate and ultimately [create] neural prosthetics for the retina, spinal cord and neuromuscular junctions.

“As a final example, this funding will really help our goal of translating the work to human studies and ultimately human therapeutics/brain-machine interfaces,” he added. “Indeed, the funding has allowed planning for and taking steps toward the first human acute measurements with Dr. Sydney S. Cash, from the Department of Neurology at Massachusetts General Hospital. We’re really excited for what the future holds.”

Receiving a Pioneer Award, Macklis said, will enable him to explore some of the central questions in neuroscience, ranging from what molecular machinery directly implements the specificity of initial developmental “wiring” of the brain to why that wiring cannot naturally regenerate.

Macklis’ work is focused on structures known as “growth cones,” which — guided by signals in the nervous system — direct the growth of axons to create the synaptic connections between neurons.

Understanding those signals, however, has been a challenge.

“These questions have been inaccessible in multiple core aspects,” Macklis said. “We are now able to directly investigate molecular machinery of distinct growth-cone subtypes, thus distinct circuits, as they build, grow, mature, become diseased, and are potentially manipulated therapeutically.

“We have developed an entirely new set of approaches to discover essentially the entire molecular machinery, both proteins and various types of RNAs, that function in the growth cones at critical times during development,” he added. “We may even be able to examine these circuits later, during function, disease, or during attempts at regeneration.”

“My lab and I are extremely excited to have the opportunities made possible by this award,” Macklis continued. “We are looking forward to discovering new ways that neurons control their initial growth and later function to be so highly specific to enable us to read and think and make art and perform all of our other human capabilities.

“What makes this Pioneer Award so wonderful is that it is designed for exploration, discovery, and pioneering, even if risky and out of our comfort zone. We have more standard grant funding, of course, for work with more tightly defined questions and lower risk outcomes, but this award is totally different. I am already establishing new collaborations outside and within neuroscience to look at some very unconventional possibilities raised by our work so far. We are excited at what we might find, since neurons appear to have some surprises in store for us!”

Mehr plans to use the funding from his Early Independence Award to understand some basic questions about music and humans’ affinity for it.

“The news is still sinking in as I start putting my lab together,” Mehr said. “After spending years working with my fantastic mentors — Elizabeth Spelke, Steve Pinker, Howard Gardner, and Max Krasnow — I’m still getting used to saying ‘my lab’!”

Among the questions Mehr plans to explore: what aspects of music are universal and what aspects vary across cultures, how infant behavior and affect are altered by music, and whether and how families might use music to improve health-related outcomes for infants and parents.

“This award came as a complete surprise,” he said. “I’m thankful and humbled that the NIH is making this investment in my research. It’s a great honor.

“The grant makes it possible for me to create a lab in psychology that is focused purely on music, with a solid team of researchers, and all the resources we need to build a research program from the ground up,” he added. “I’m very excited to get started!”

“I am beyond honored to be selected for an NIH Director’s New Innovator Award,” said Rose. “My research program focuses on integrating novel statistical methods to advance human health, with a particular focus on comparative effectiveness, risk adjustment, and health program impact evaluation.”

With the NIH funding, Rose plans to expand her work on developing statistical machine-learning techniques that can be applied to the challenges of making predictions, causal inferences, or generalizing results from randomized and observational studies.

Among the questions she hopes to address is the role of health insurance on health outcomes in low-income populations, a project that will involve new, risky, big-data linkages from multiple sources. Ultimately, Rose and colleagues plan to create open-source data-science tools for the research community to use in varied applications.

“Finding out I received this grant was easily one of the most memorable days of my faculty career so far,” Rose said. “I was about to step into an elevator after watching my visiting undergraduate students present their summer project when I saw the email. I was speechless! The NIH Director’s New Innovator Award program gives investigators incredible freedom and flexibility to try to solve broad scientific problems.”

Analogous to tape recorders that record and store information on magnetic tape, Schier aims to use the funding from his Pioneer Award to develop technologies capable of introducing new information into the DNA of a cell.

“Scientists always think about the future because that’s where we hope to find the answers to today’s big puzzles,” Schier said. “I am thrilled that the NIH believes that my lab can be a pioneer in exploring that future.”

The power of such DNA-based recording, he said, lies in its permanence and easy retrieval by sequencing.

As an example, Schier suggested that researchers might attempt to induce changes in DNA by exposing cells to an environmental signal, then sequencing their DNA days or months later. By determining which cells changed their DNA sequence, they would be able to deduce which cells received the signal.

In recent years, researchers working in Sinclair’s lab have discovered hundreds of new human protein-coding genes that might be used to identify new causes of disease, as well as potential therapies to treat them.

Sinclair plans to use the funding from the Pioneer Award to study those genes with a goal of developing revolutionary medicines based on what they can uncover.

Currently, he said, there are only a handful of small human hormones. “Our work suggests there are hundreds more that have been missed because of their small size. We believe many of these could lead to revolutionary drugs.

“My lab members and I are deeply honored to be receiving this funding to push the boundaries of medical knowledge,” Sinclair said. “This work is a platform for our lab and thousands of others to uncover new hormones in the human body.”

“It is an honor to receive this grant and join a community of colleagues whose work is inspiring and impactful,” Song said. “I am grateful to the faculty and colleagues whose mentorship prepared me to pursue this work, and to Harvard Medical School for nominating me as a candidate.”

Supported by funding from the Early Independence Award, Song plans to continue to focus on strategies to improve the value of care, understand the impact of payment changes, and address important questions in federal programs such as Medicare Advantage.

In particular, he said, the grant provides the opportunity to advance research related to delivery-system reform and further our understanding of how different segments of the population fare in the age of health care reform.

“The sustainability of our health care system, the value of care we deliver, and the ways that providers and payers can work together to help patients navigate this era of change are key issues in health policy that I hope this work will contribute to in the years ahead,” he said.