Viewing the solar eclipse? There’s an app for that 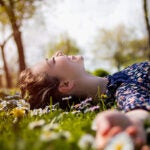 The negative side of positive thinking

Thousands of years ago, human beings reacted to solar eclipses with dismay, flooding the streets with pots and pans to scare away whatever had blotted out the sun with a cacophony of banging and shouting.

When a total solar eclipse crosses the United States on Aug. 21 people will once again take to the streets with a great deal of anxiety, but most will be concerned primarily with getting a good view.

With solar safety glasses available at every counter and an expected 2–7 million Americans traveling to the path of totality — the nearly 3,000-mile-long arc from the coast near Salem, Ore., to Charleston, S.C., in which a view of the total eclipse is possible — it is clear that eclipse fever has swept the country. Seeing an opportunity to educate and inspire a new wave of astronomers, the Harvard-Smithsonian Center for Astrophysics (CfA) has released a smartphone app, Eclipse 2017, available on iOS and Android.

“We haven’t had an eclipse cross the United States like this in nearly 100 years,” says CfA spokesperson Tyler Jump. “Because it’s such a rare and exciting event, we wanted to create an interactive guide that everyone could enjoy. Even if you’re not in the path of totality, our app allows you to calculate exactly how much of an eclipse you’ll be able to see and get a preview with our eclipse simulation. It’s also a great opportunity to highlight some of Smithsonian Astrophysical Observatory’s (SAO) solar research. SAO was founded in large part to study the sun, and we’ve been doing so now for more than a century.”

The free app comes with a host of resources for the amateur astronomer. A comprehensive viewing guide offers a crash course in the science behind eclipses and instructions on how to safely observe the celestial phenomenon. Videos from the Solar Dynamics Observatory show the sun in different wavelengths, revealing the many layers of solar activity. Users can also access an interactive eclipse map, which gives lunar transit times and simulated views for any location in the United States.

In Cambridge, a partial eclipse covering most of the sun will be visible in the afternoon from about 1:30 to 4. But along the path of totality, for up to 2 minutes, viewers will enjoy one of astronomy’s most extraordinary sights: the sun’s ethereal corona. Normally invisible due to the amount of light emanating from the sun’s surface, the “crown” of magnetized plasma reaches temperatures over a million degrees Kelvin — nearly 2 million Fahrenheit — and is best known as the site of the sun’s awesome and violent flares.

For those who will not have a chance to view the eclipse with their own eyes, the app will provide a live stream of the eclipse as it travels across the country. But if it has to be the real thing, in April 2024 the United States is due for a total eclipse that will travel from Texas to Maine. A lucky stretch of land along the Illinois, Missouri, and Kentucky borders will see two total eclipses in just seven years.

The Smithsonian Eclipse app was made possible by a grant through the Smithsonian Women’s Committee, with content from the SAO, and is powered by SkySafari 5.