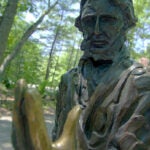 Thoreau at Walden, and at Houghton

Howard Weiner has written a novel about sick children, made a documentary about life’s big, unanswerable questions, and directed a feature film, “The Last Poker Game,” that premiered this spring to positive reviews at New York’s Tribeca Film Festival.

Not bad for a neurologist.

When he’s not shouting “action!” on the set, Weiner is directing research into multiple sclerosis — he pioneered treating MS with chemotherapy — as well as Alzheimer’s disease, amyotrophic lateral sclerosis, and other neurologic conditions. He is also the founder of the Partners Multiple Sclerosis Center and co-director of the Ann Romney Center for Neurologic Diseases at Brigham and Women’s Hospital.

But Weiner, the Robert L. Kroc Professor of Neurology at Harvard Medical School, has never set limits on his inquiring mind. He majored in philosophy at Dartmouth College before heading to medical school in 1965. Big questions energize his creative side.

“The Last Poker Game” began as an unpublished novel. The switch to film started with a conversation between Weiner and his son, Ron, a Harvard alumnus whose work at the Harvard Lampoon and Hasty Pudding Theatricals led to a successful career as a Hollywood comedy writer, most recently for the HBO series “Silicon Valley.”

“He said, ‘If you want to make a film about this story of yours, write a script, Dad,’” Weiner recalled.

Working early in the morning and late at night, Weiner adapted the novel into a script and then turned the script into a movie, a thoughtful, occasionally risqué portrait of two aging men, played by Paul Sorvino and the late Martin Landau, who meet in a nursing home, develop a friendship, and become entangled in the mystery of a nurse, played by Maria Dizzia, in search of her birth father.

“The Last Poker Game” earned strong reviews at Tribeca for its frank depiction of the desires and fears of older people.

“His script turns out to be really quite good and it’s a fresh arena. And because of that fact he’s able to attract real talent,” said Walter Klenhard, a director, writer, and producer who was teaching scriptwriting at Emerson College when he agreed to look at Weiner’s first draft, fully expecting he’d never reach the end.

“Ninety-nine times out of 100, by the second page, you realize you don’t have to go any further,” Klenhard said. “The last thing I needed was one more script. I said, ‘I’ll do what I do and give it 15 pages.’ But I read the entire script.”

So instead of giving Weiner the brush-off, Klenhard met him for dinner and handed back pages marked up with suggestions.

“The subject matter was very different. … It was mature, it was intelligent, it addressed an arena neglected by Hollywood,” Klenhard said. “All of a sudden I’m going from teaching Emerson students to teaching an esteemed neurologist. But he was an avid student.”

Weiner arranged a “table read” in New York, where actors went through the dialogue and helped identify trouble spots. After the table read, a friend put Weiner in touch with Long Road Film Co., which signed on as producer.

“I often look, as I try to pick projects: Where is there something missing? What hasn’t been done before?” said Long Road’s Eddie Rubin. “A lot of films about this generation either look down on them or place them on the highest pedestal, and this movie [gave] matters — from sex to aging to the nursing home — a head-on look.”

After setting the budget for the film at $1.5 million, Long Road sought to line up backers. When those efforts fell through, Weiner, an experienced fundraiser for medical research, provided some money himself and approached friends who agreed to chip in.

The film’s unique perspective on aging attracted top talent. The lead role of Abe, a doctor, turned out be one of the final screen appearances for Landau, who died this month at 89. In an interview in June, the Academy Award-winning actor said he never had any qualms about working with a novice director. He read the screenplay and liked it. Then he met Weiner in Beverly Hills and liked him. 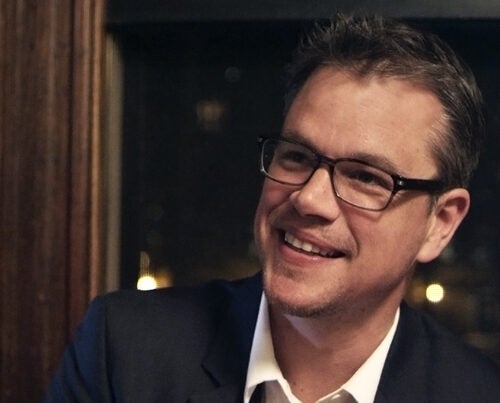 Weiner knew early on that he wanted to direct the film. Klenhard needed convincing.

When Klenhard realized Weiner was serious, he screened one of his own efforts at Weiner’s house and dissected it with him, providing something of a crash course in directing.

The film is set in Newburyport. Weiner found the ideal location in a newly built nursing home whose second floor was finished but still without residents. The production set up for five weeks in 2015.

Weiner experienced some jitters working with the stars, but never so much that he felt he was over his head. Though he was surprised at the blizzard of decisions a director has to make, filming went smoothly, he said. It helped that, as writer, director, and financial backer, he maintained ultimate creative control.

Landau was impressed with the filmmaker’s strength of vision.

“He and I thought very much alike, actually,” he said. “The thing I like about Howard is he wouldn’t take no for an answer. He does it in a very kindly and gentlemanly way and yet he won’t back down.”

Postproduction — editing and adding music — brought a new set of challenges, but in the end, Weiner was happy with how the film turned out and thrilled when it premiered at Tribeca.

“I was exhilarated. It was on this giant screen,” Weiner said. “To see everyone there, hear everybody laugh and gasp, it was quite an experience.”

Rubin and Weiner are talking with distribution companies about next steps. If the film doesn’t wind up in theaters, it might go directly to Netflix or Amazon.

Weiner, 72, acknowledged that “The Last Poker Game” deals with issues he is beginning to face himself. Though he is as busy as he has ever been, he understands that he no longer has decades to tackle the big scientific challenges presented by neurological disease. Still, he has no plans to retire from medicine — or film. He is at work on his next movie, another that deals with life’s contradictions and philosophical conundrums.

“When I set up the MS center here in my 30s, I had a long vision of what I could do,” he said. “The center here is very vigorous and I’m probably working as hard as I’ve ever worked, but I know I’m not going to be doing this 30 years from now. Nobody likes to get old, but everybody has to.”