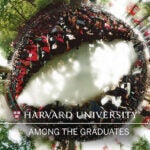 Rain and cool temperatures didn’t dissuade a crowd of hundreds from gathering under a white tent just off Brattle Street on Friday for the annual post-Commencement celebration, luncheon, and reunion known as Radcliffe Day.

The event honors an individual who has had “a transformative impact on society.” Past honorees include Justice Ruth Bader Ginsburg, Federal Reserve chair Janet Yellen, Massachusetts Chief Justice Margaret Marshall, and actress Jane Alexander. But this year was different, with recognition for two people — journalists whose work literally changed the face of the industry in the United States.

Judy Woodruff and the late Gwen Ifill were awarded the Radcliffe Medal for their commitment to groundbreaking journalism and for shattering the broadcast news industry’s glass ceiling. In 2013, the pair became the first women to lead a network newscast when they took the helm of “PBS NewsHour” as both co-anchors and co-managing editors of the broadcast.

“In covering news they made news,” said Lizabeth Cohen, dean of the Radcliffe Institute for Advanced Study. “Judy and Gwen weren’t just a stellar team of journalists with decades of combined experience on camera and in print. They became part of the history of American journalism.”

Ifill died in November at 61 after a yearlong battle with cancer.

As part of the afternoon ceremonies, Woodruff recalled her colleague and friend during a discussion with Walter Isaacson ’74, biographer of Einstein, Steve Jobs, and others, and CEO of the Aspen Institute. Soon after learning they would be sharing the anchor desk, the two reporters had a series of meetings. Woodruff said she quickly realized that “I was in the presence of someone who was emblematic of the kind of journalism I believed in.”

Ifill was a reporter obsessed with facts and finding the truth, a mentor who loved helping the next generation of journalists, and a devoted colleague “fearless in the way she talked about the kind of stories we were going to do,” and unafraid to share her opinion when a story seemed less than worthy.

“Gwen would be the one to say, ‘You know, that’s really a terrible idea, and here’s why.’”

Woodruff started out as a news anchor at a CBS affiliate in Atlanta in 1970. Her career has included stints at NBC News, CNN, and PBS, where she previously worked as a senior correspondent on “The NewsHour with Jim Lehrer” and substitute anchor. She also hosts a weekly program for Bloomberg Television.

Woodruff said she and Ifill understood they were custodians of a broadcast dedicated to analyzing, clarifying, and “bringing light and not heat” to important topics. When it comes to the current state of the news media, more needs to be done, she said, to reach broad sections of the country poorly represented in the mainstream press. Networks need to promote more women into management positions, and to reach more young viewers by meeting them “where they are.” Newsrooms need to recruit young journalists from across the country, not just Washington and New York, she added.

Without diversity in the newsroom, said Woodruff, “we are not doing our job.”

The daughter of Caribbean immigrants, Ifill was drawn to journalism starting in her youth in the 1960s. It was work that could help her make sense of turbulent times, she told an interviewer in 2011. “I was very conscious of the world being this very crazed place that demanded explanation,” Ifill said in a conversation with the Archive of American Television.

A graduate of Simmons College, where she studied communication, Ifill began her journalism career at the Boston Herald American. She became a reporter covering politics for The Evening Sun in Baltimore in 1981. After stints at The Washington Post and The New York Times, she made the jump to television in 1994, first to NBC and then to PBS, where she moderated the news and public affairs program “Washington Week.”

Journalist and author Michele Norris accepted the Radcliffe Medal on behalf of Ifill. Her friend was a tough questioner who could spot trends before anyone else, and an exacting journalist who wasn’t afraid to push the boundaries with her work, said Norris. She was also a devoted friend whose compassion was absolute. Ifill, she said, often “knew what you needed before you knew what you needed.”

In a morning discussion moderated by Ann Marie Lipinski, curator of the Nieman Foundation for Journalism, panelists agreed that growing distrust of mainstream media in combination with more attention for “fake news” is a dismaying trend.

Conservative columnist and senior editor at the National Review Jonah Goldberg sees a need to turn young audiences from “The Daily Show” and other satirical programs, where many say they get their main news, toward more straightforward outlets.

“We have to figure out how to better train young people to want good news and good journalism, because as it stands right now, a lot of them don’t.”

“One of the most painful victims of our polarization has been social studies education” for grades K-12, she said.

For the past 15 years less time has been spent on social studies curricula in schools, in large part due to a lack of standards, she said, “because as a society we couldn’t agree on how American history should be taught. Is it a triumphalist story of America’s continually breaking through one frontier barrier after another, achieving greatness? Or is it a story that is dragged down by the history of slavery and genocide of Native Americans?

“There’s a way to talk about both parts of the story together. We have not found a way to do that politically. And so paradoxically, I think rebuilding civic education such that young people can have the tools to process the media, to be the kind of market for high-quality media that we need, actually requires the grownups … to be able to tell a shared history.”